Rules of the Senate – Rule XIX:

2. No Senator in debate shall, directly or indirectly, by any form of words impute to another Senator or to other Senators any conduct or motive unworthy or unbecoming a Senator.

3. No Senator in debate shall refer offensively to any State of the Union.

Yesterday I reported on Betsy DeVos’ confirmation by the Senate.  Today, we can expect to hear that Jeff Sessions has been confirmed as Attorney General, a position that he is as unqualified for as DeVos is for Secretary of Education, albeit for different reasons.  There is no doubt in my mind that the proven racist Sessions will be confirmed, but last night, during his final confirmation hearings, an atrocity was committed against Democratic Senator Elizabeth Warren.

Senator Warren was doing her job at the time, making her case as to why Sessions should not be confirmed. Remember, if you will, that Jeff Sessions was nominated for a federal court judgeship in 1986, but the Senate then refused to confirm him because of his blatantly racist comments and behaviour.  At that time, the late Senator Edward Kennedy said, “He is, I believe, a disgrace to the Justice Department and he should withdraw his nomination and resign his position.” Those were the words Senator Warren had quoted earlier in the debate, and she was warned by Senator Steve Daines, who was presiding over the senate at that point in time, that the remark using the word ‘disgrace’ was inappropriate in the debate on Sessions.

But that wasn’t the final straw.  The final straw came some 25 minutes later when Senator Warren read the following excerpt from a letter, written by Coretta Scott King, the widow of the late Dr. Martin Luther King.  The portion of the letter she read was:

“Mr. Sessions has used the awesome power of his office to chill the free exercise of the vote by black citizens.” 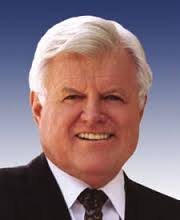 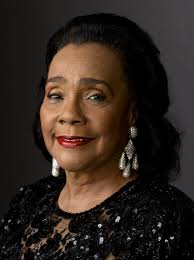 A true statement by an honourable woman … so what is the problem?  The problem is that it was written about Senator Jeff Sessions, a Republican who has been nominated by Trump for the position of Attorney General.  A man who is supposed to be the subject of the debate about his worthiness for the position for which he was nominated.   Yet, at this point, Senate Majority Leader Mitch McConnell took it upon himself to invoke Rule 19, quoted at the beginning of this post, to shut down any negative comments about the nominee. In plain English, Rule 19 is intended to keep debate among senators polite, keep it from becoming a brawl, and if one Senator speaks in a way “unworthy or unbecoming” a Senator, the Presiding Officer, in this case Senator Steve Daines, may order the “offending” senator to sit down and not allow them to speak for the rest of the debate.   But note that Warren was not critiquing Sessions as a fellow senator, but as a candidate for a job.  Rule 19 was never intended to stop honest debate for cabinet nominees! Rule 19 was never intended to stifle one party in favour of the other!  McConnell took liberties when he then called for a vote to shut Senator Warren down for the remainder of the debate, saying, “The senator has impugned the motives and conduct of our colleague from Alabama, as warned by the chair.”  Elizabeth Warren did not ‘impugn’ Sessions … he did that to himself 30 yars ago!!!

The result of the vote was strictly along party lines … surprise … and resulted in a 49-43 decision to force Senator Warren to take her seat and not be allowed to speak again for the remainder of the debate.  This, folks, is not how the confirmation hearings are supposed to go.  Ms. Warren read passages from two very respectable, highly reliable sources stating true facts, that Jeff Sessions was a racist in 1986.  Just as leopards do not change their spots, racists do not change their ideologies, and it is certain that if this man becomes the next Attorney General, minorities will suffer even more discrimination than they already do, particularly African-Americans. It is clear that what I refer to as The Great Divide, that between Democrats and Republicans both in government and among the citizenry, is destined to remain a part of life in the United States for a long time to come.

This misuse of power by the Republicans in the senate is an atrocity and an affront to the democratic process.  If McConnell’s new rule is that only nice things can be said about the nominee during confirmation hearings, then the confirmation hearings are, in fact, nothing more than a sham. Further, if the Republicans all vote to confirm Sessions without reservation, then in my book, they are, each and every one of them, as much of a racist as Sessions himself.  They do not belong in Congress any more than Sessions belongs in the Attorney General’s office or DeVos belongs in the Department of Education. They are setting up a government by Trump, for Trump and of Trump, rather than one by the people, for the people and of the people.  We the people have no value in their eyes.  Think about it.