I realize that this may be over simplistic, that perhaps I am being naive, but it seems to me that if a person pays off another person who is threatening to sue them, then that person must have been guilty, else why pay them off?  If, for example, you accuse me of breaking your window, I may buy you a new window and even offer an apology if and only if I actually did break the window.  If, however, I had nothing to do with the broken window, I will utter a flippant, “So sue me!”

So, when I hear of a member of Congress paying a woman a large sum of money to keep her from suing him over sexual misconduct and gender discrimination, I figure he must be guilty, yes?  In light of all the sexual harassment allegations coming out today about men in power, I cannot even feign surprise, just wonder why so many men are finding it so difficult to respect women, to keep wee willy winkie where he belongs. 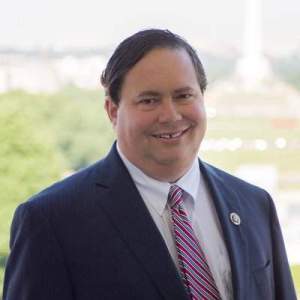 But, when said member of Congress is using our money to buy his way out of trouble, that’s another story altogether!  The person in question is one Blake Farenthold, a representative to the U.S. House of Representatives from the state of Texas.  And the amount he paid to his former communications director, Lauren Greene, was $84,000 … taxpayer’s money … money that we intend to help people, build roads, repair infrastructure, educate and protect our nation, etc. But instead, it was spent to keep an already wealthy man ($5.7 million net worth) from having to pay for acting in a lewd and harassing manner toward a woman in his employ.  Does anybody see anything wrong with this picture?

By my logic, the ‘man’ is guilty, else he would not have paid Ms. Greene to drop her lawsuit.  Further, by my logic, he should immediately be removed from office for a) failing to uphold the dignity of the office, b) abuse of a woman in his employ, c) theft of taxpayer monies.  And further, by my logic, he should be tried in a court of law and, if found guilty, sent to prison for an appropriate period of time.  Case closed. However, in today’s world, where people actually elected to the highest office in the nation, a man who stands accused of sexual harassment by no less than 16 women and has been caught on tape admitting to such behaviour, my logic apparently does not apply.

Republican lawmakers do not wish to continue healthcare subsidies for those of us who cannot afford medical insurance, and they no longer wish to support environmental regulations, free public education, and many other programs that help people, yet they will not bat an eye at supporting a man’s abuse of a woman?  When did this train leave the tracks?

The lawmaker in question, Blake Farenthold, has come under scrutiny more than once … 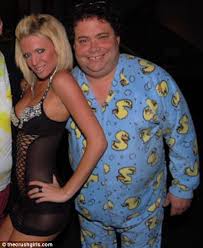 First elected in 2010, Farenthold has been re-elected three times.  Texans … please make sure you do not return this abysmal excuse for a man to office again next year!  Surely you can find somebody better in such a large state?

Is this the only incident of such blatant misuse of taxpayer dollars?  No, of course not, though it is said to be the first one where a lawmaker used our money to pay for a sexual harassment claim, and perhaps so, but I wouldn’t bet on it.  Just yesterday, the Senate passed a tax ‘reform’ bill that gives to the rich and robs from the poor.  Every republican in the Senate except for Bob Corker voted for this incredibly abysmal bill that I will speak more about in some future post, when I stop gritting my teeth.  More than half the members of Congress today, for the first time in history, are millionaires. Think about that one for a moment. Blake Farenthold is a millionaire, and yet he stole our tax money to pay his way out of a situation he got into because he couldn’t control his sexual urges?

It is past time to hold our elected representatives accountable for every action that affects our well being, either physically, mentally or financially.  It is time they accounted for every thin dime of our money they spend.  Mr. Farenthold must be made to serve as an example, for if there are no repercussions for him, he will not be the last to play fast and loose with our money.  Think about it.