It is easy to lose sight of many things with all the hoopla that comes out of Washington, D.C. these days.  Things that might otherwise be front-page news, are relegated to a paragraph of small print somewhere in the clutter.  February is Black History Month in the U.S. and Canada, and it deserves attention, rather than being stuck in a dark corner filled with the smoke left by Washington politics.

The origins of Black History Month date back to 1926 when Harvard historian Carter G. Woodson declared the second week in February ‘Negro History Week’.  February was chosen as it coincided with the birthdates of Frederick Douglass and Abraham Lincoln.

In 1976, during America’s bicentennial, President Gerald Ford officially recognized Black History Month, urging Americans to “seize the opportunity to honor the too-often neglected accomplishments of black Americans in every area of endeavor throughout our history”.

Some question the need for a special month during which to celebrate black history, but I would argue that historically in this nation, the contributions of African-Americans have been minimalized,  swept under the rug.  I grew up during the Civil Rights era, and I cannot recall during my primary or secondary education learning about the contributions of Frederick Douglass, Sojourner Truth, Harriet Tubman, C.J. Walker, Bessie Coleman or others.  Yet, their lives contributed to what our nation has become just as much as any others.

This nation was founded on diversity, yet that concept seems to have gotten lost somewhere along the way. No single race or its culture can define this nation, and to fully understand our history and who we are today, we need to be able to look at our past from a variety of perspectives.  And yet, we often fail to do that, we fail to recognize the contributions by Asians, Hispanics, Native Americans, and African-Americans.

Black history (just like Hispanic, Asian, European, and Native history) belongs to all of us — black and white, men and women, young and old.  The impact African Americans have made on this country is part of our collective consciousness. Contemplating Black history draws people of every race into the grand and diverse story of this nation.

In 1964, author James Baldwin reflected on the shortcomings of his education. “When I was going to school, I began to be bugged by the teaching of American history because it seemed that that history had been taught without cognizance of my presence.”

This year, perhaps more than any in the past five decades, bigotry and racism are raising their ugly faces.  White supremacism is seemingly on the rise, and bigotry flows down from the highest office in the nation.  I think that now, more than at any time in our recent history, it is important for us to stop a minute, turn our attentions away from the three-ring circus in Washington, and remind ourselves of the contributions and achievements of our brothers and sisters who have given so much to this country.

Another year, I might have committed to a daily post to honour the contributions of African-Americans throughout this nation’s history.  This year, due to the toxic environment on which I feel compelled to opine, and with my limited visual acuity, I am unable to do so, but I plan at least a few posts about people who I think made special and interesting contributions, and I will include some trivia at the end of some of my other posts.  It is little enough, but hopefully you will learn at least one thing you didn’t already know about our history, our culture. 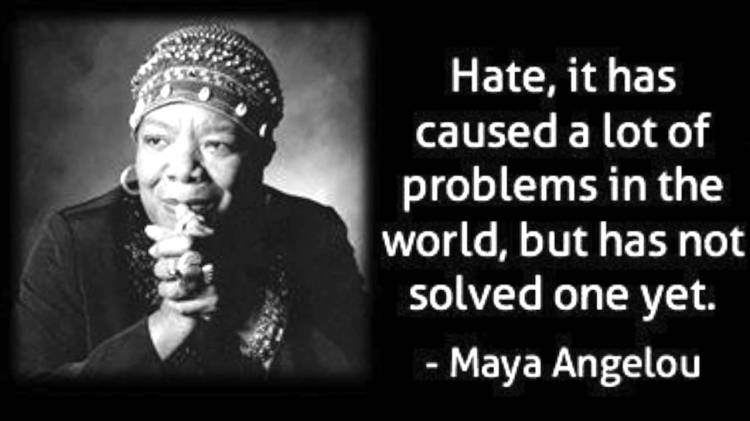 30 thoughts on “On Black History Month”