When I first came up with the idea for the Saturday Surprise feature last August, I asked for suggestions from my readers.  One of those suggestions was interesting pictures from the week before, and today, being of somewhat diminished energy and creative juices, I went in search of some of the week’s best pictures.  The volcanic eruptions in Hawaii provided some really great shots, and so did … well, you’ll see.

Officially opened in October 2014, Bosco Verticale (Vertical Forest) is a pair of award-winning residential towers in the Porta Nuova district of Milan, Italy.  The towers have heights of 110 metres (360 ft) and 76 metres (249 ft) respectively and host 900 trees (each measuring 3, 6 or 9 meters or 10-30 ft) and over 2,000 plants from a wide range of shrubs and floral plants distributed in relation to the façade’s position towards the sun.  Now guess what an apartment in these buildings costs?  Prices range from $845,000 to $2.6 million!!!  Guess I won’t be moving any time soon. 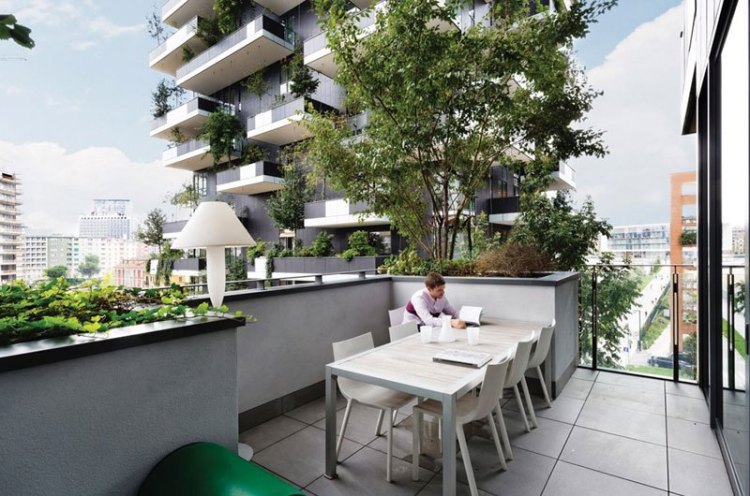 This fire at a landfill site in the town of Zgierz, central Poland, has been burning for over three days, and at least 250 firefighters have been battling the blaze.  Poland has had a rash of fires at illegal waste dumps in recent weeks, and officials believe the fires were intentionally set.

In England, an installation at Canterbury Cathedral of 100 baubles for a new exhibition, Under an Equal Sky, that will hang from the nave ceiling. The exhibition reflects on themes of war and remembrance, migration and refugees and marks 100 years since the end of the first world war.

Now here’s something you don’t see every day … a plane outside 10 Downing Street!  It is a Royal Air Force red arrow jet and is there to mark the RAF’s centenary.  I do hope they didn’t actually land it right there.

A bird rests on the head of a white-tailed deer roaming free in San Jose Villanueva.

A supporter of India’s ruling Bharatiya Janata Party dances to celebrate early leads for the party in the Karnataka state elections in Bangalore, India. 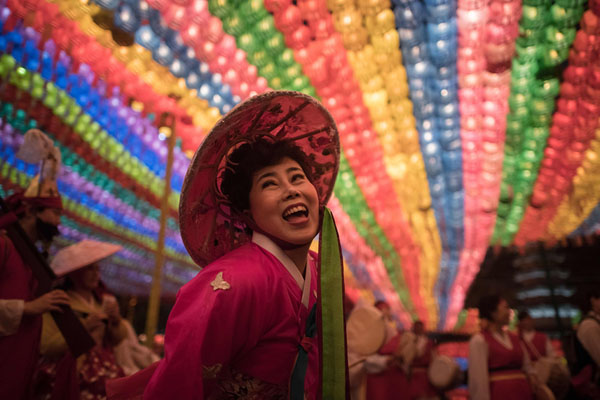 A reveler dances beneath lanterns at the Jogye Buddhist temple following a lantern parade as part of the “Lotus Lantern Festival” celebrating the upcoming Buddha’s birthday, in Seoul, South Korea. 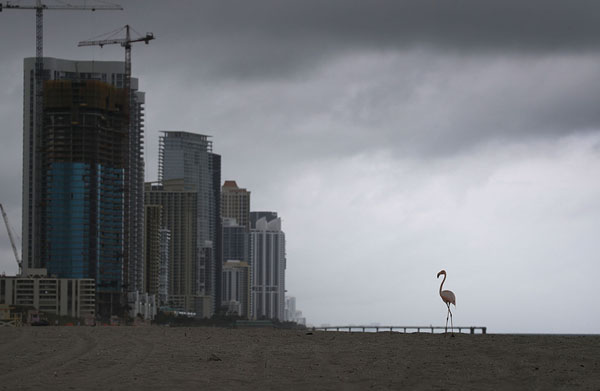 A lone pink flamingo walks along Haulover Beach on May 17, 2018, in Miami Beach, Florida. Lifeguards on the beach said that the flamingo showed up on Saturday and has been hanging around since.

Hawaii’s Kilauea volcano has been erupting explosively since May 3, causing widespread evacuations and devastation across Big Island.  Molten lava flows have blocked highways and damaged dozens of buildings, with no sign of the activity slowing down.  Evacuation orders are in effect in certain areas, and police are arresting those who refuse to leave.  It is frightening and tragic … unimaginable and unthinkable.  Here are some pictures of nature at it’s most devastating … 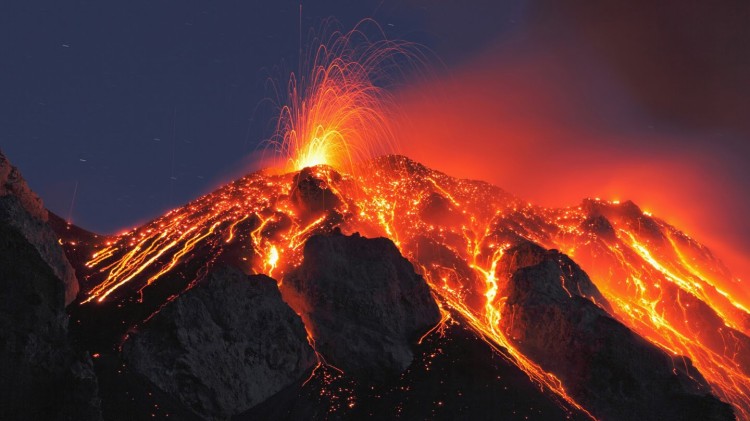 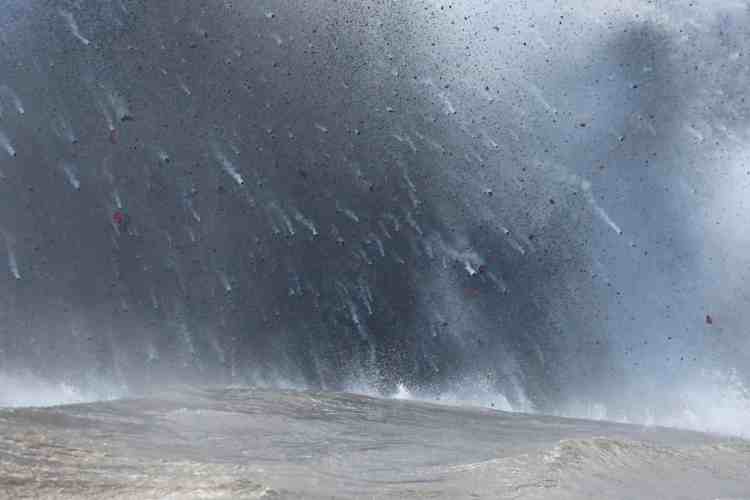 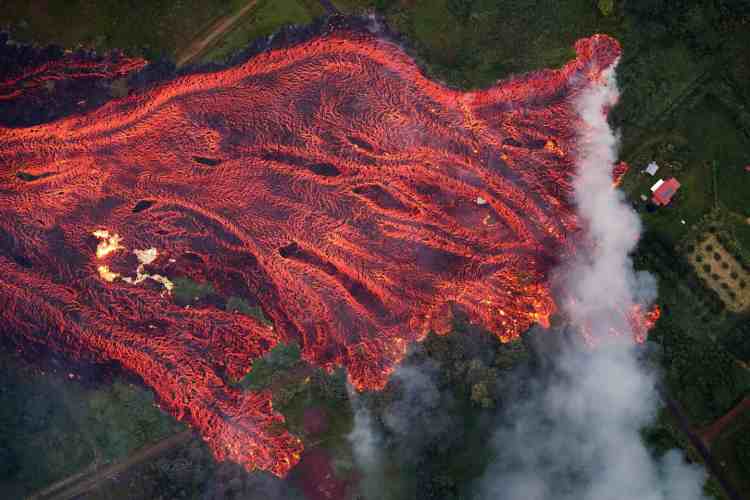 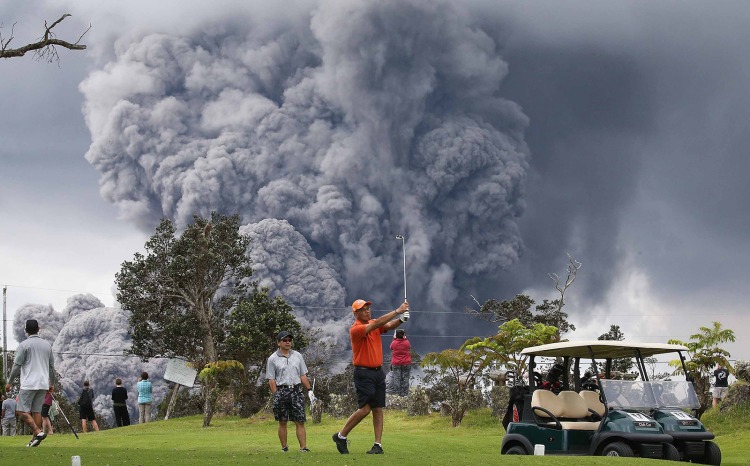 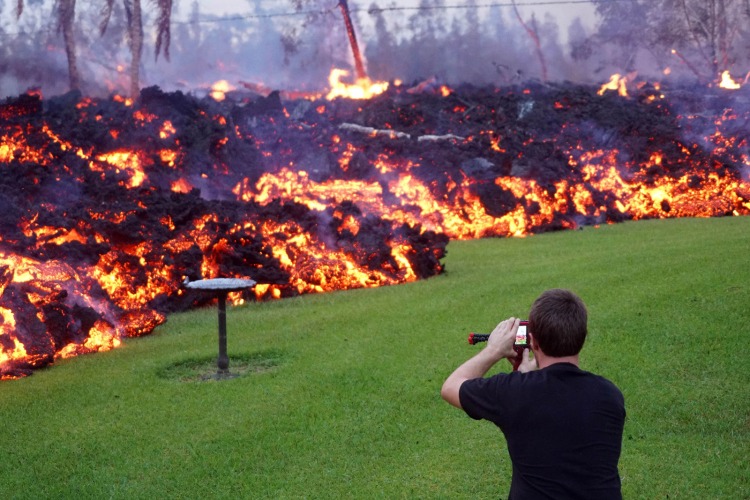 Last, but not least, I have a special video clip for my two special little guys … you know who you are … I thought you would find this ninja squirrel to your liking!

I hope you all have a wonderful weekend!!!

31 thoughts on “Saturday Surprise — The Week in Pictures”