Welcome to Jolly Monday, friends!  I don’t know about you guys, but I’ve already had enough of this ‘heat wave’, and there is no end in sight through at least July 15th, according to The Weather Channel.  The picture above is from January 4th.  The last two days have seen heat-indexed temps over 100° with humidity between 96% – 99%.

Despite the heat, humidity, and my inability to breathe in this weather, I got up early just to bake special treats for your visit this morning.  Now, I have one very young reader (4 years old, in fact) who has been a bit critical of my baking skills,  calling the results “burnt”, so I did my best this morning in hopes that young Benjamin can find something to his liking … and the rest of you too, and David — I hope the rhubarb crumble is to your  liking! Grab a bite and a cup of something and let’s share a special moment or two and a smile, okay? 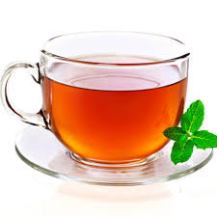 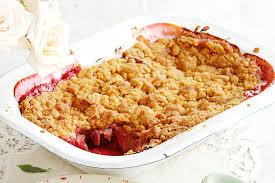 This one’s for you, Hugh, but shhhhh …

It didn’t take a rocket scientist or a team of police detectives to catch this thief!  It happened in Pine Bluff, Arkansas last Tuesday, when 21-year-old Shamon West tried to pay for his meal at Shannon’s Restaurant with a credit card.  A stolen credit card.  A credit card stolen from … his waitress, Flora Lunsford!  She promptly contacted the police and indicated that she did not wish to pay for his meal, so they arrested him and took him to a place where he will be fed 3 squares a day for the foreseeable future.   Ms. Lunsford’s purse had been snatched from her car at a local gas station two days prior while she was inside paying for her fuel.  Mr. West is young yet … I hope he either learns a lesson or perfects his technique, else he is going to spend a lot of time in orange.

Who knew there is a ‘wife-carrying’ contest in the UK?  But wait!  It isn’t only in the UK, but also in the U.S., Australia, Hong Kong and other parts of the world.  It originated in Finland, where even today the World Championships are held.  The UK event took place in April and the winner there was one Chris Hepworth and his partner Tanisha Prince.

The couple beat around 40 pairs over the 380 meter (quarter-mile) course on Sunday, in a race that was marred by the injury of one wife when her husband slipped in the copious mud and landed on her!  The sport is open to any adult couple, married or not, with the wife – of any gender – required to weigh at least 50 kg (110 pounds). On the British course, runners have to tackle hay bale obstacles and are showered with water by spectators.

Most of the competitors adopt the “the Estonian carry”, with the wife upside-down, their legs over their partner’s shoulders and gripping them around the waist from behind.  I don’t think I could do that without my breakfast ending up on the track somewhere! Some participants take the race less seriously than others. One wore a wedding dress, a blond wig and make-up as he carried his wife, piggy-back style, dressed as a jockey.

The International competition in Finland has some interesting rules:

Every year since 2009, the championship has been won by a Fin, except in 2016 when it was won by a Russian, Dimitriy Sagal.  Taisto Miettinen of Finland and his partner Kristiina Haapanen took the trophy from 2009-2013, and again in 2017.

I hope you guys will forgive me for being a bit lazy today, but the weather has thoroughly wiped me out and I cannot do much more.  But I do have some funny pictures to share with you! 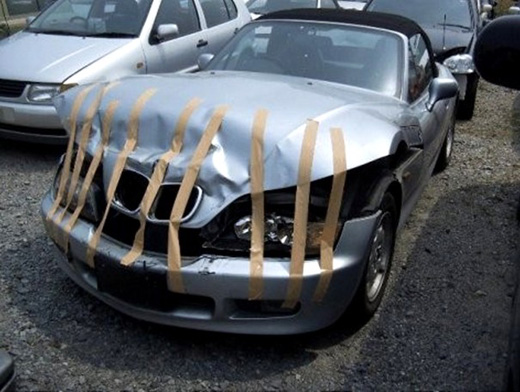 I’ve always said that duct tape can fix anything!!! 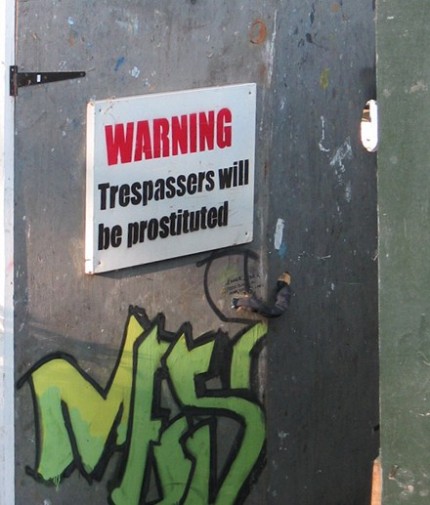 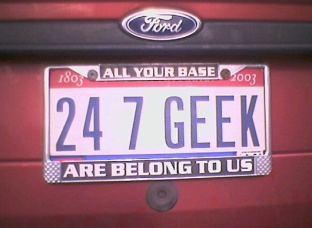 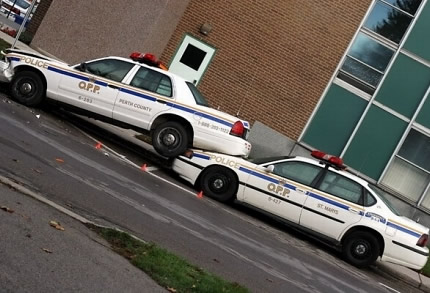 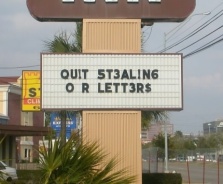 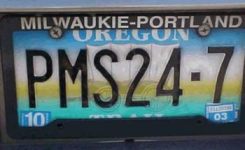 And I’m sorry but our time has come to an end for this Monday!  I shall miss you all, but please stay cool, keep safe, and have a great week.  Remember to share a smile and a hug with somebody whose mouth is turned upside down like this 😒 so that it will turn upright like this 😊.  Love ‘n hugs from Filosofa!