I just love starting Monday in a haze of white-hot fury.  The Washington Post headline reads:

It comes as no surprise that Putin denies interference … nobody with half a brain thought he would admit it, but no matter, for there is more than ample hard fact-based evidence that he did.  But for Trump to call the investigation a “disaster for our country”???  NO … NO NO NO NO NO!  The investigation is essential and the only thing that gives us hope we might get rid of the real disaster: Trump himself!  I am in a white hot fury over his asininity!

Putin:  … Russian state has never interfered and is not going to interfere in internal American affairs. 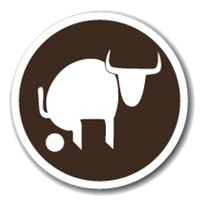 Now what, exactly, do these two donkeys expect us to do at this point?  Do they expect that we will all say, “Oh, well, that solves it then.  Let’s stop the Mueller investigation and all other investigations and let Trump get on with his plan for mass destruction of the U.S.”

Somebody needs to take that ugly red tie and wrap it around his neck a few more times and pull tightly!

Trump:  Our relationship has never been worse than it is now. However, that changed, as of about four hours ago.

Why, Donnie?  What changed?  Did you offer him the keys to the Capitol and the White House?  Did you promise to change the name of the country to the United States of Russia?  And what did he offer you?  A lifetime sitting in the Oval Office with no need for another election ever?

Frankly, if this isn’t a wake-up call to both Congress and Trump’s supporters, then we know that they have all been lobotomized.

Trump:  I think the probe has been a disaster for our country. It’s ridiculous what’s going on with the probe.

Well-respected former Director of the CIA, John Brennan, had this to say:

“Donald Trump’s press conference performance in Helsinki rises to & exceeds the threshold of ‘high crimes & misdemeanors.’ It was nothing short of treasonous. Not only were Trump’s comments imbecilic, he is wholly in the pocket of Putin. Republican Patriots: Where are you???”

I repeat that question:  Where are you???  Some republicans in Congress absolutely must wake up and step up to the plate, for now there can be no doubt … not a shred of doubt … that Donald Trump is Putin’s asset.  There can be no doubt that deals have been made for our country to blindly support Russia’s agenda, whatever that agenda may be.  I can only wonder, with Trump’s past Russian connections, how many years this plan has been in the making?

Trump:  Much of our news media is indeed the enemy of the people and all the Dems know how to do is resist and obstruct! This is why there is such hatred and dissension in our country — but at some point, it will heal!

I make no apologies, as I normally would, for this rant, for it is time We The People – all the people, including those who have been wearing blinders and earplugs for nearly 18 months now – wake up and see what is right under our very noses!  Donald Trump has no love for this country nor for its people.  He loves two things:  money and power.  And Vladimir Putin is promising him both.  Russia is not our friend and the free press is not our enemy.  There can no longer be any illusion that Trump can be reined in and eventually become the president of the people.  His goals are not ours.  The only solution, if we wish to continue as a relatively free nation, is to get Donald Trump out of the White House as quickly as possible.