🎁 Today is the 50th birthday of a very special young man.  I’m sure you all know of him, but you may not know the story of how Franklin came to be.  I came across several versions of this story yesterday and thought it a perfect way to wish forever-young Franklin a very 🎈Happy Birthday! 🎈

On July 31, 1968, a young, black man was reading the newspaper when he saw something that he had never seen before. With tears in his eyes, he started running and screaming throughout the house, calling for his mom. He would show his mom, and, she would gasp, seeing something she thought she would never see in her lifetime. Throughout the nation, there were similar reactions.

What they saw was Franklin Armstrong’s first appearance on the iconic comic strip “Peanuts.” Franklin would be 50 years old this year. 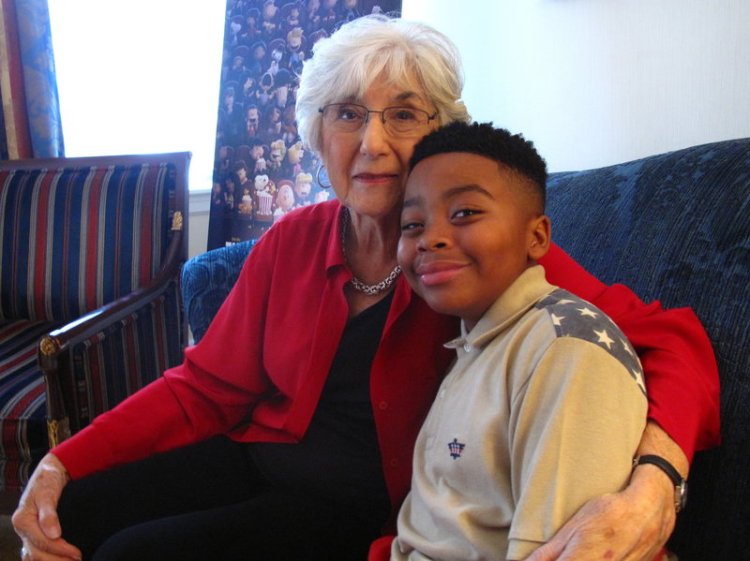 Harriet Glickman & Marleik Walker, the voice of Franklin in The Peanuts Movie

Franklin was “born” after a school teacher, Harriet Glickman, had written a letter to creator Charles M. Schulz after Dr. Martin Luther King, Jr. was shot to death outside his Memphis hotel room.

Glickman, who had kids of her own and having worked with kids, was especially aware of the power of comics among the young. “And my feeling at the time was that I realized that black kids and white kids never saw themselves [depicted] together in the classroom,” she would say.

She would write, “Since the death of Martin Luther King, ‘I’ve been asking myself what I can do to help change those conditions in our society which led to the assassination and which contribute to the vast sea of misunderstanding, hate, fear and violence.’”

Glickman asked Schulz if he could consider adding a black character to his popular comic strip, which she hoped would bring the country together and show people of color that they are not excluded from American society.

She had written to others as well, but the others feared it was too soon, that it may be costly to their careers, that the syndicate would drop them if they dared do something like that. 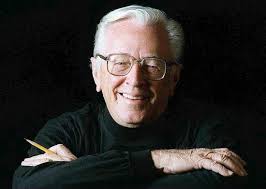 Charles Schulz did not have to respond to her letter, he could have just completely ignored it, and everyone would have forgotten about it. But, Schulz did take the time to respond, saying he was intrigued with the idea, but wasn’t sure whether it would be right, coming from him, he didn’t want to make matters worse, he felt that it may sound condescending to people of color.

Glickman did not give up, and continued communicating with Schulz, with Schulz surprisingly responding each time. She would even have black friends write to Schulz and explain to him what it would mean to them and gave him some suggestions on how to introduce such a character without offending anyone. This conversation would continue until one day, Schulz would tell Glickman to check her newspaper on July 31, 1968. 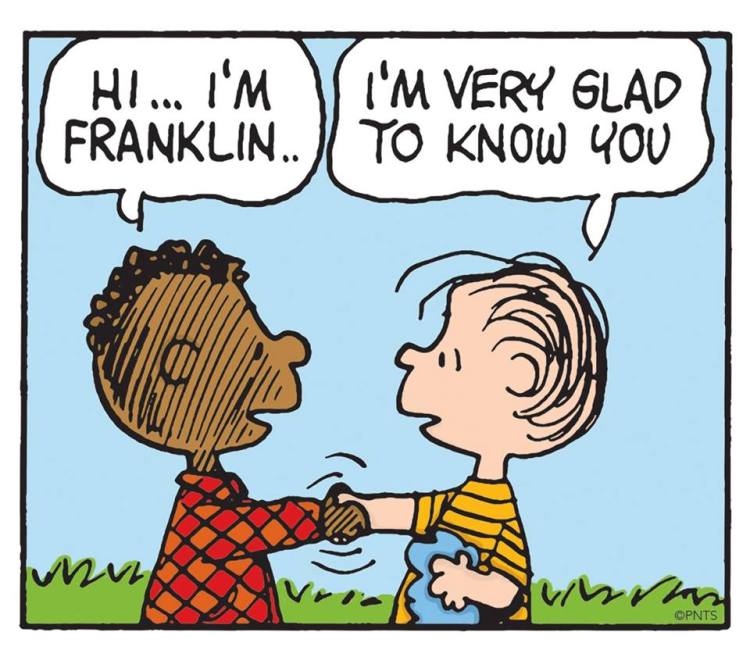 On that date, the cartoon, as created by Schulz, shows Charlie Brown meeting a new character, named Franklin. Other than his color, Franklin was just an ordinary kid who befriends and helps Charlie Brown. Franklin also mentions that his father was “over at Vietnam.”

At the end of the series, which lasted three strips, Charlie invites Franklin to spend the night one day so they can continue their friendship. 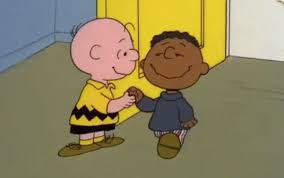 There was no big announcement, there was no big deal, it was just a natural conversation between two kids, whose obvious differences did not matter to them. And, the fact that Franklin’s father was fighting for this country was also a very strong statement by Schulz.

Although Schulz never made a big deal over the inclusion of Franklin, there were many fans, especially in the South, who were very upset by it and that made national news. One Southern editor even said, “I don’t mind you having a black character, but please don’t show them in school together.” 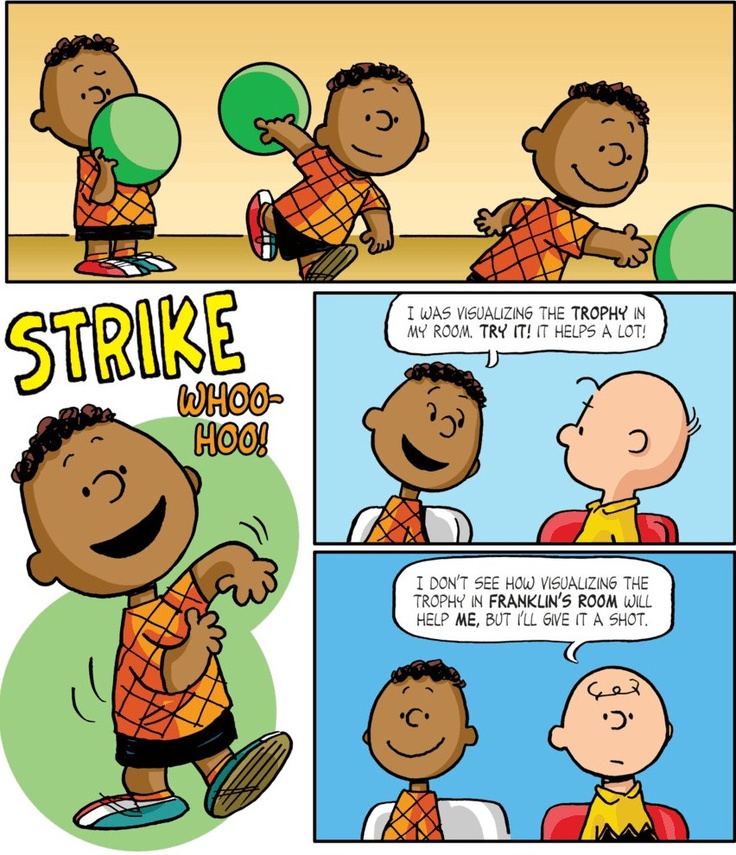 It would eventually lead to a conversation between Schulz and the president of the comic’s distribution company, who was concerned about the introduction of Franklin and how it might affect Schulz’ popularity. Many newspapers during that time had threatened to cut the strip.

Schulz’ response: “I remember telling Larry at the time about Franklin — he wanted me to change it, and we talked about it for a long while on the phone, and I finally sighed and said, “Well, Larry, let’s put it this way: Either you print it just the way I draw it or I quit. How’s that?”

Eventually, Franklin became a regular character in the comic strips, and, despite complaints, Franklin would be shown sitting in front of Peppermint Patty at school and playing center field on her baseball team. 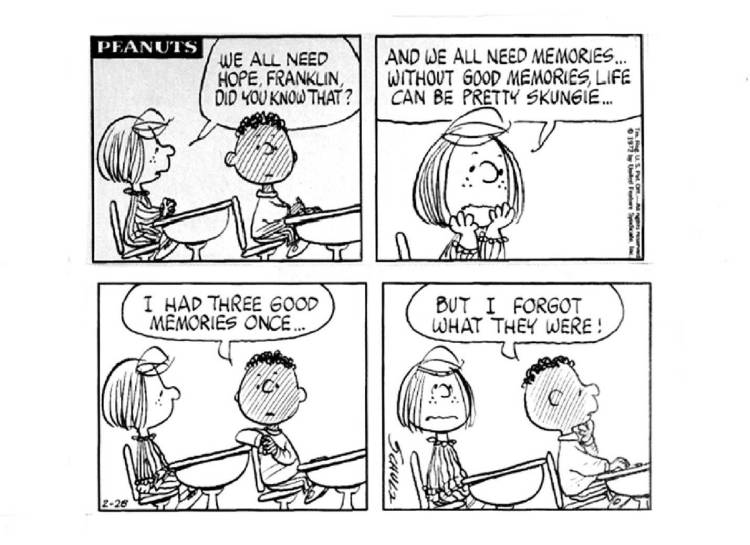 More recently, Franklin is brought up on social media around Thanksgiving time, when the animated 1973 special “A Charlie Brown Thanksgiving” appears. Some people have blamed Schulz for showing Franklin sitting alone on the Thanksgiving table, while the other characters sit across him. But, Schulz did not have the same control over the animated cartoon on a television network that he did on his own comic strip in the newspapers. 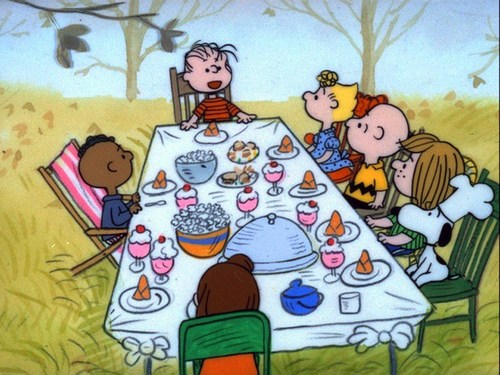 But, he did have control over his own comic strip, and, he courageously decided to make a statement because of one brave school teacher who decided to ask a simple question. 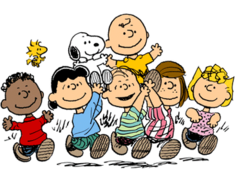 Glickman would explain later that her parents were “concerned about others, and the values that they instilled in us about caring for and appreciating everyone of all colors and backgrounds — this is what we knew when we were growing up, that you cared about other people . . . And so, during the years, we were very aware of the issues of racism and civil rights in this country [when] black people had to sit at the back of the bus, black people couldn’t sit in the same seats in the restaurants that you could sit . . . Every day I would see, or read, about black children trying to get into school and seeing crowds of white people standing around spitting at them or yelling at them . . . and the beatings and the dogs and the hosings and the courage of so many people in that time.”

Because of Glickman, because of Schulz, people around the world were introduced to a little boy named Franklin. – The Jon S. Randal Peace Page 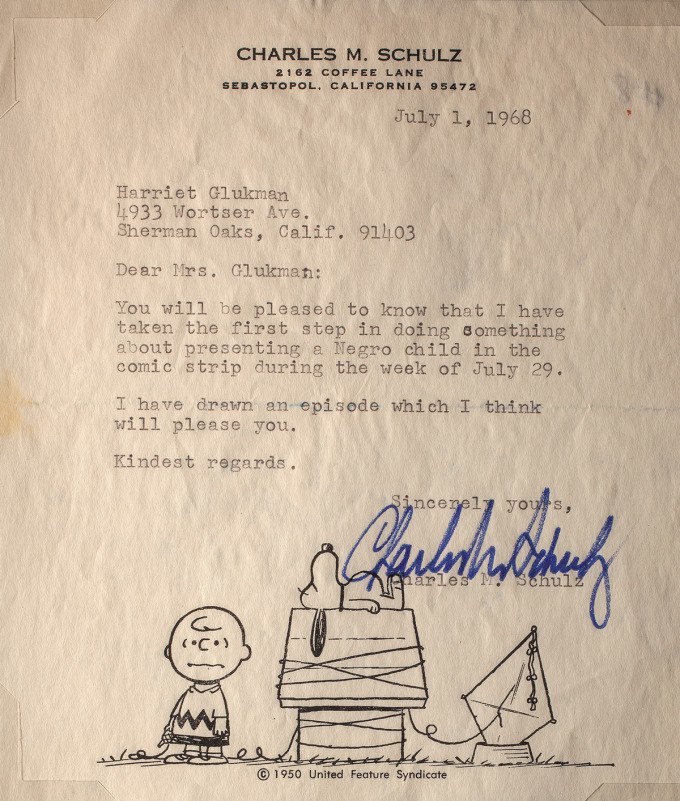