It’s really too bad that fools and idiots don’t come with some physical identifying feature, such as a hooked nose, or green ears … something! 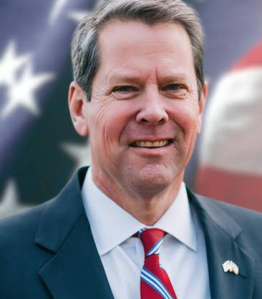 Brian Kemp looks like a normal person.  Kemp is running for governor of Georgia this year and is, or at least claims to be, a big Trump supporter.  Apparently the feeling is mutual, for Trump supported Kemp over the current Lieutenant Governor, Casey Cagle, causing Cagle to lose the primary last month by a landslide.  Both Kemp and Cagle were lukewarm about Trump in the beginning, but now … funny, but for some reason they were in a competition to see who could most slavishly support Trump.  Oh … could that be because Trump’s approval ratings among Georgia Republicans are above 80 percent?

So, who is Brian Kemp and what does his platform look like?

Who is Brian Kemp? 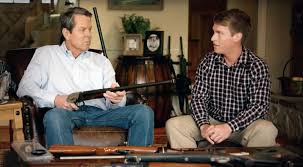 Kemp has served as the Secretary of State of Georgia since 2010, first appointed by then-Governor Sonny Perdue, and later that year was elected to the position, and re-elected in 2014.  He would be up for re-election this year were he not running for governor.  He has a Bachelor of Science degree in Agriculture – I fail to see how that qualifies him for a governorship, but hey … it’s more education than the president has!

Kemp also had a rather unremarkable stint as Georgia State Senator from 2003-2007.

As Secretary of State, Kemp was responsible for a major data breach in 2015 when his office erroneously distributed personal data (including Social Security numbers and dates of birth) of 6.2 million registered Georgia voters, more than 95% of all registered voters in the state. This data breach occurred when the office sent out a CD with this information to 12 organizations that purchase monthly voter lists from the office.  The office of Secretary of State did not publicly acknowledge the mishap until the Atlanta Journal-Constitution reported the class-action lawsuit against the office as a result of the data breach.  The breach cost taxpayers $1.2 million in credit monitoring services for those whose data had been compromised and $395,000 for an audit into Kemp’s handling of the unauthorized data disclosure.

In 2016, as evidence mounted that Russian hackers were attempting to disrupt the 2016 elections, President Obama directed his Department of Homeland Security secretary Jeh Johnson to work with states to secure their voting systems as “critical infrastructure.”  Secretary of State Kemp refused, later justifying his decision by saying, “I think it was a politically calculated move by the previous administration.”  He also claimed the effort violated state’s rights.

So, we can see that Kemp is one of those who, no matter how much evidence is presented, will argue until he turns blue, simply because he didn’t like Obama.  Care to make a wild guess why?

What does Brian Kemp stand for?

You may remember that back in May, I included a snippet about Kemp in a post because of a campaign ad he had run where he had pointed a gun at a young man who wanted to date his daughter. In case you need to refresh your memory, here is the clip again …

“I’m a conservative businessman with a 4-Point Plan to put hardworking Georgians first. I’m also the proud father of 3 teenage girls. Here’s the thing: If you want to date one of my daughters, you better have respect for women & a healthy appreciation for the 2nd Amendment.” 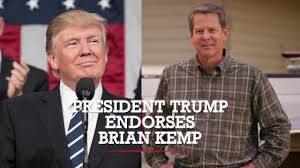 Georgia is a red state … republicans control the state legislature, as well as the governor’s office, but not necessarily because there are more republicans in Georgia. Georgia is a red state because of voter suppression, and quite likely were it not for voter roll purges, refusing to register voters until after an election, and the use of investigations to intimidate groups registering minorities to vote, there would at the very least be a significantly higher number of democrats in office.

Whites make up less than 60 percent of the state’s population but more than 90 percent of people who voted Republican in the primary. The state’s gerrymandered districts, drawn and redrawn by the Republican-dominated Legislature, mirror the inordinate and disproportionate power of this constituency. 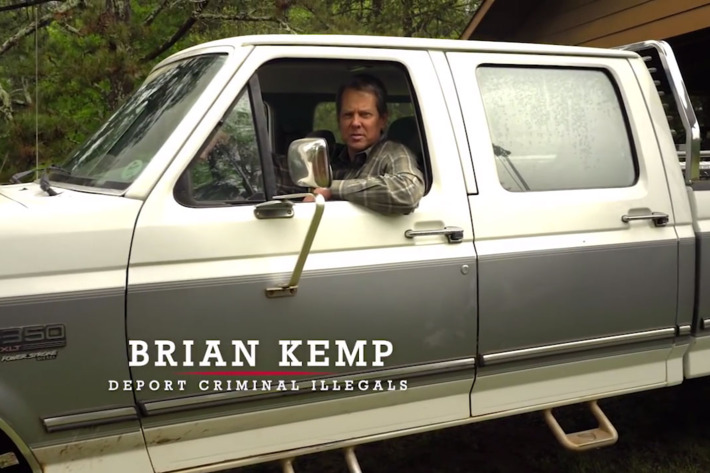 Kemp’s platform seems to consist of three major things:  deport immigrants, protect the 2nd Amendment, and keep minorities away from the polls.  As Secretary of State, Kemp initiated investigations into organizations that registered nearly 200,000 new Asian-American and African-American voters — efforts that resulted in the first majority-black school board in a small town.  Although Kemp’s investigations yielded no charges, indictments or convictions, there was a strong intimidation feature with Georgia Bureau of Investigation agents knocking on doors, some of those people who were erroneously investigated losing their jobs.

In addition, Kemp kept thousands of the newly registered minority voters off the voter registration rolls. Why?  Because …

“Democrats are working hard, registering all these minority voters that are out there and others that are sitting on the sidelines. If they can do that, they can win these elections in November.”

Perish the thought, eh?  Kemp has also blocked nearly 35,000 people from the voter rolls because of misplaced hyphens or a typo on the voter registration card that didn’t precisely match the spelling of the name at the driver’s license bureau.  Mostly African-Americans, it just so happens (60%), but also Latinos and Asian-Americans.  In fact, since 2012, the number of registered voters in Georgia has actually decreased!  Oh yes … and those warnings about the vulnerability of the voting machines in his state?  No worries … Kemp has successfully ignored those pesky warnings, even though the machines, which run on Windows 2000, leave no paper trail; as a result, there is no way to verify whether the counts are accurate or whether the vote has been hacked. 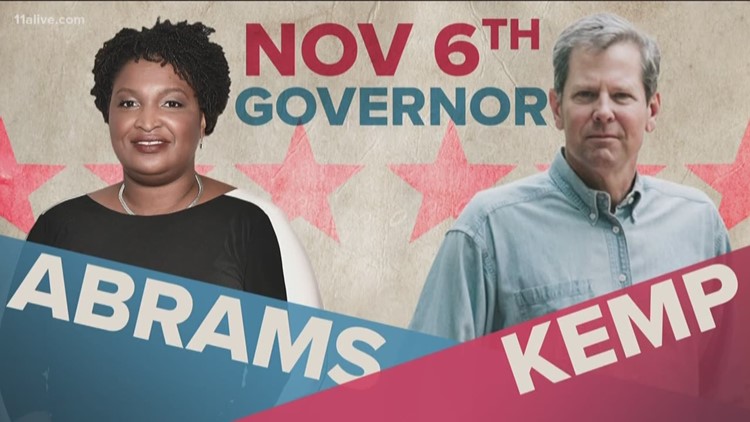 In November, Kemp will be running against Stacey Abrams, a woman and an African American.  As of the latest RealClearPolitics (RCP) average poll, Abrams and Kemp are tied neck-and-neck with each having 45% of the votes.  Kemp has, it seems, taken every possible step to ensure that the majority of voters will be white republicans.  I sincerely hope his efforts all come to naught, and I want to see his face on the night of November 6th, when he is told it is time to concede to Ms. Abrams.  I just hope he leaves his gun at home!