It has been a while since I’ve focused exclusively on young people doing good things, but these are always so uplifting … it is so heartwarming when we see kids who already have compassion and genuinely want to find ways to help others.  So, today, I would like to introduce two dynamic duos, brothers and sisters who work together to do good things to help humanity.

Julianna Gouthiere remembers when she was six years old, her mom telling her a story about a time when a fireman gave her a stuffed animal at the scene of a motorcycle accident and the impact it had on her mom’s life.  She turned to her mom and said she wanted to do that — to give stuffed animals to children in hard life situations.

Julianna is eleven now and the founder of Bear Share.  Her project donates new stuffed animals to children going through difficult life situations. As of December 2018, Bear Share has donated over 16,000 stuffed animals in 6 states (Louisiana, Oklahoma, Texas, Georgia, Arkansas, and Florida) and 2 countries outside of the United States (Africa and India).  Now that, in itself, is an awesome thing for a young lady of so few years, but wait … there’s more. 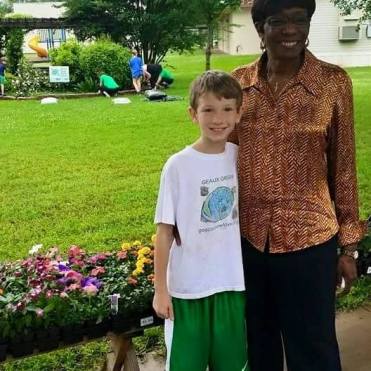 Julianna’s brother, Joey, older by two whole years, saw what his baby sister was doing and wanted to do something of his own, so he founded Geaux Green, to encourage everyone to do their share in taking care of Planet Earth.  In the first few months of his project, he was able to secure a recycling container for his former school, A.C. Steere Elementary. He also adopted the garden there and had regular work days for 3 years where he and others picked up litter and took care of the garden. Hundreds of people have joined Geaux Green and are helping to keep their localities clean.  His short-term goal is for every school in Caddo Parish (Shreveport, Louisiana) to begin recycling and to stop using styrofoam for its meals. 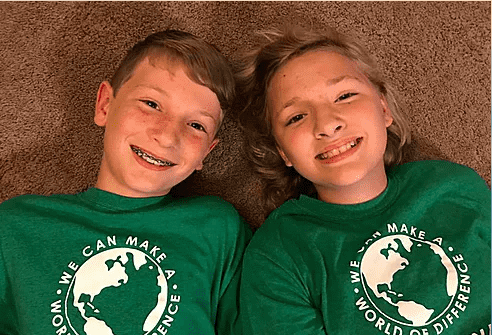 Check out their website … I think you’ll be impressed by the sheer energy of these two young siblings!

Now, lest you think these are small things … sure they are, but folks, remember … these kids were only 6 and 8 years old when they started these projects … and already they have made a difference in people’s lives.

And yet another brother/sister dynamic duo are Alexander and Allison Wu of Lexington, Massachusetts.  It all started when 6-year-old Allison learned how to make origami cranes. She made a hundred of them to help Japan recover after a tsunami. For each crane that was donated, a company gave 1 dollar. Japan could use the money for housing, food and other things that they needed.

Proceeds from their origami are donated to Housing Families, Inc.,  an organization that provides shelter to homeless families.  Alexander’s goal is not only to raise money, but also to raise awareness about homeless families and their unique struggles.  In addition to selling origami, Alex tutors children at the shelter, organizes a holiday boutique called “Housing Families Holiday Boutique,” where homeless families can select gifts for each other, creates Birthday2Go boxes that include the necessary supplies to host a child’s birthday party, and curates cleaning supply kits for families transitioning into new homes. 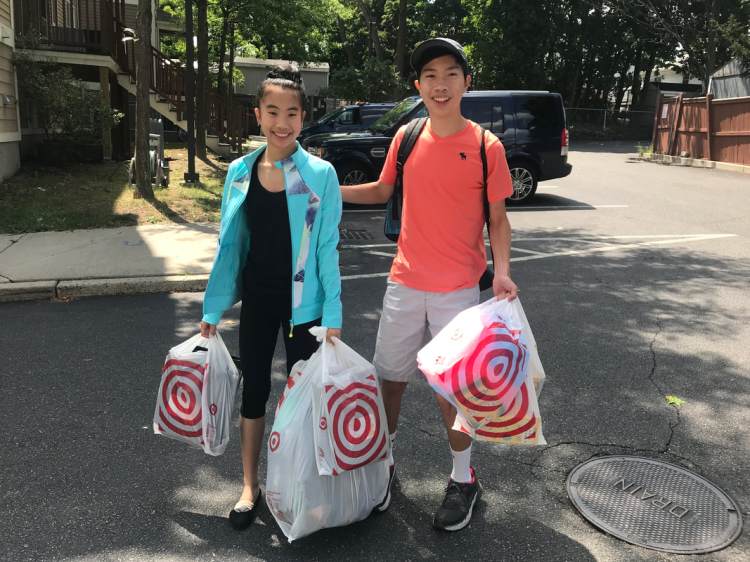 Working together, Alexander and Allison have mobilized their peers to support Housing Families Inc. by contributing origami creations and by purchasing items from Origami4Kids to support the cause. More than 200 children and parents were able to celebrate the holidays this past year through the Housing Families Holiday Boutique, 25 children had birthday parties with the Birthday2Go boxes, and ten families cleaned their homes with the cleaning kits.

One thing that stands out about these young people, as well as the ones I have written about in the past, is that at such a young age, they are doing for others, selfless acts of humanity.  Where, do you suppose, they get their values?  I think we also need to give a ‘hats off’ to their parents, for they must be doing something right to be raising such conscientious young people.  If this world stands a chance for survival, our fate is in the hands of young people like these.