I think it’s time for another batch of toons, don’t you?

The two biggest topics in ‘Toonland’ this week are ones I refuse to touch, so let’s start with the third biggest.  Recently the Idiot-in-Chief declared that wind turbines, or rather the noise from them, cause cancer.  This notion came from the cavernous depths inside his rather spongy head, but it made for some good humour at his expense.

And of course one of the big topics remains, as it has been for over two years now, immigration, or rather Trump’s use of immigration as a fear-mongering tactic. 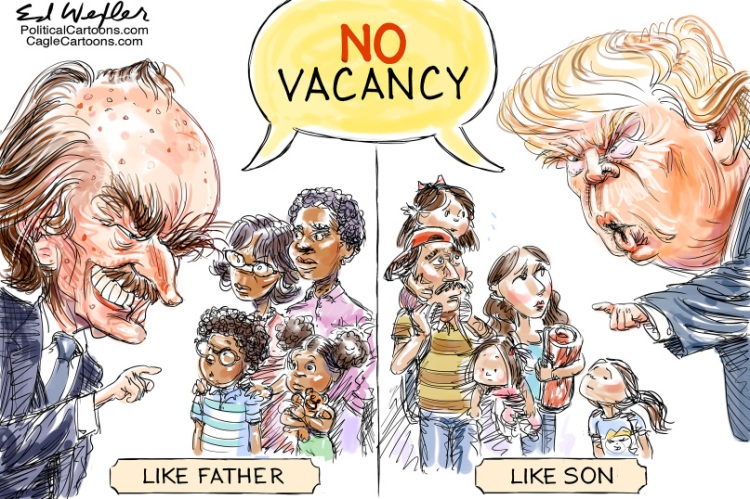 Let us not forget about his determination to squash ‘Obamacare’ and replace it with … the grim reaper. 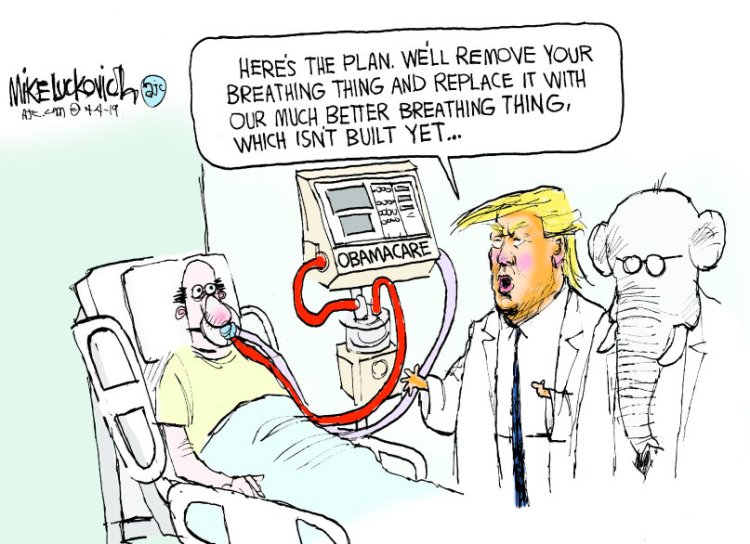 And beyond all of that, it’s pretty much the usual chaos and insanity that define the reign of Donald Trump. 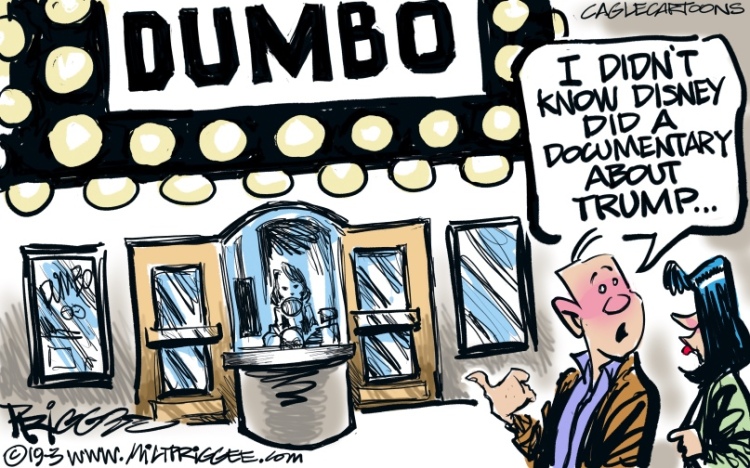 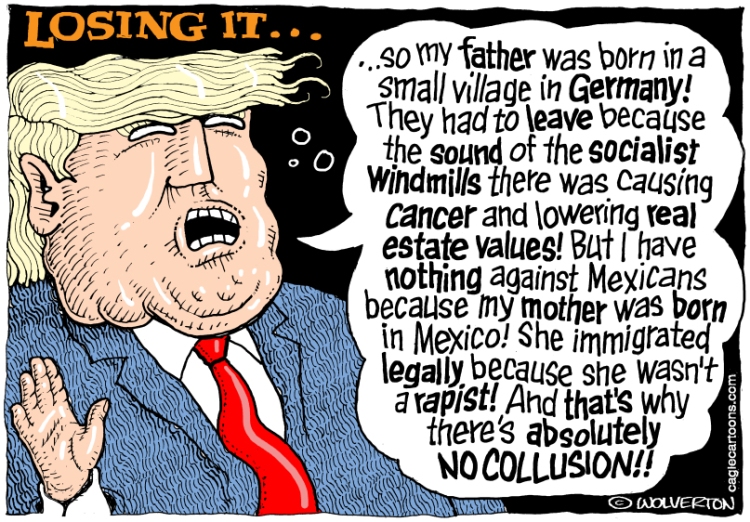