On February 15th, just over two months ago, Christopher Paul Hasson, a U.S. Coast Guard lieutenant and white supremacist was arrested after federal investigators uncovered a cache of weapons and ammunition in his Maryland home.  His plan was, in his words …

“I am dreaming of a way to kill almost every last person on the earth.”

Hasson had a ‘hit list’ that included almost every journalist who has been critical of Donald Trump, Speaker of the House Nancy Pelosi, Senate Minority Leader Chuck Schumer, and most of the democratic candidates for president in 2020, among others.  He had been searching the internet for the home addresses of two Supreme Court justices.

Now, if Mr. Hasson had been an immigrant from anywhere in the Middle East, he would have been labeled a terrorist and treated accordingly, right?  But … Hasson is Caucasian, and thus rather than calling a spade a bloody shovel and charging him with domestic terrorism, what did the Department of Justice do?  They charged him with weapons and drugs violations … not plotting to murder, not terrorism, just weapons and drugs.  But wait … now for the really great news … 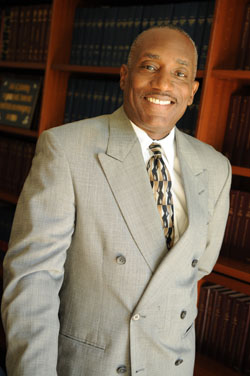 On Thursday, United States magistrate Judge Charles Bernard Day of the United States District Court for the District of Maryland decided to grant bail to Mr. Hasson and release him from jail pending trial.  If he had been charged with domestic terrorism, as would have been right and proper, he would not be eligible for bail or release, but since he wasn’t, his public defender argues that her client hadn’t made any direct or specific threats to harm anyone. She said prosecutors are seeking to punish Hasson for “private thoughts” that he never shared.

“They have not come forward with evidence that Mr. Hasson is a domestic terrorist because he is not.”

But listen carefully now to a part of her reasoning … she compared Hasson’s racial slurs and targeting of Democrats and the media to similar views that Trump has taken and said his hit list “looks like the sort of list that our commander in chief might have compiled while watching Fox News in the morning.”

Does anybody care to give me that argument again that Donald Trump’s horrendous attacks on those he perceives as his ‘enemies’ are not causing harm?  NEVER in the history of this nation have we had a president who bullied as he does, who referred to our free press as “the enemy of the people”, and who threatened any and all who cross him.  NEVER!

When Trump was asked his opinion of the Hasson case, he replied that he thought it was ‘sad’.  When asked if he believed some of his harsh language might have played a part in Hasson’s plot, he replied that his “language is very nice”.

Joe Scarborough of Morning Joe is one of the names on the list.  His wife and fellow anchor, Mika Brzezinski, is understandably upset, saying …

“I think Trump’s doing this. How can I not do that math in my mind that the attorney general is making a clear decision here to make sure the lives of people who are being targeted continue to be in danger because they will not put together the pieces of this case? A stockpile of weapons, a list of people that he wants to kill. Are you serious? There’s no way not to let this guy walk? You’ve got to be kidding me.”

Oyer also said Hasson has had a lifelong interest in firearms and likes to hunt and target practice. She said the number of guns he owned isn’t unusual in North Carolina, where he lived for years before moving to Maryland.  Oh for Pete’s sake … give us credit for not being totally stupid, Ms. Oyer!

Part of the stash found in Hasson’s home

And thus, because Hasson was not properly charged, he will likely walk out of jail one morning next week, a free man, at least until his trial.

Hasson pleaded not guilty last month to charges of illegal possession of firearm silencers, possession of firearms by a drug addict and unlawful user, and possession of a controlled substance. He faces a maximum of 31 years in prison if convicted of all four counts in his indictment.  Thirty-one years.  And a conviction on all counts seems unlikely at this point, even though the evidence is plentiful.  But think about something else.  Even if Hasson is sentenced the full 31 years … wait for it … Donald Trump could pardon him.

I shall leave you to ponder on that one.

54 thoughts on “A Terrorist By Any Other Name …”