Two days ago, June 17th, marked the 134th anniversary of the arrival of the Statue of Liberty in New York Harbour.  The statue arrived dismantled, in 350 individual pieces packed in more than 200 cases, and it would be October of the following year before it was fully re-assembled and dedicated by President Grover Cleveland.  The statue was a gift of friendship from the people of France to the people of the United States and came to symbolize freedom and democracy.

In 1892, Ellis Island opened as America’s chief immigration station, and for the next 62 years Lady Liberty, as the statue is nicknamed, stood watch over the more than 12 million immigrants who sailed into New York Harbor.

In 1903, a plaque inscribed with a sonnet titled “The New Colossus” by American poet Emma Lazarus, was placed on an interior wall of the pedestal.

With conquering limbs astride from land to land;

Here at our sea-washed, sunset gates shall stand

A mighty woman with a torch, whose flame

Is the imprisoned lightning, and her name

Mother of Exiles. From her beacon-hand

With silent lips. “Give me your tired, your poor,

The wretched refuse of your teeming shore.

Send these, the homeless, tempest-tost to me,

I lift my lamp beside the golden door!”

Lazarus’ now-famous words, which include “Give me your tired, your poor/Your huddled masses yearning to breathe free,” became symbolic of America’s vision of itself as a land of opportunity for immigrants.

This is that vision today … 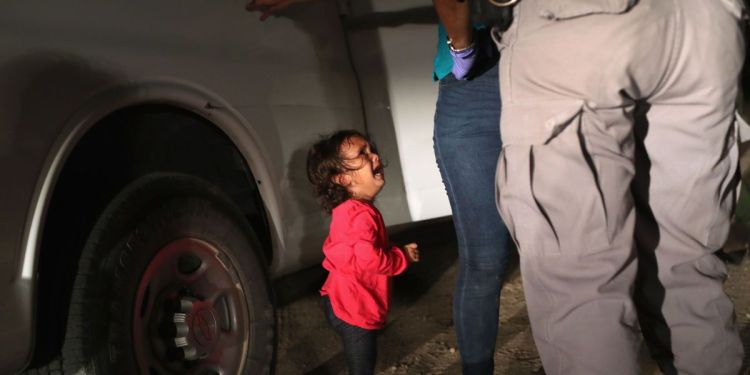 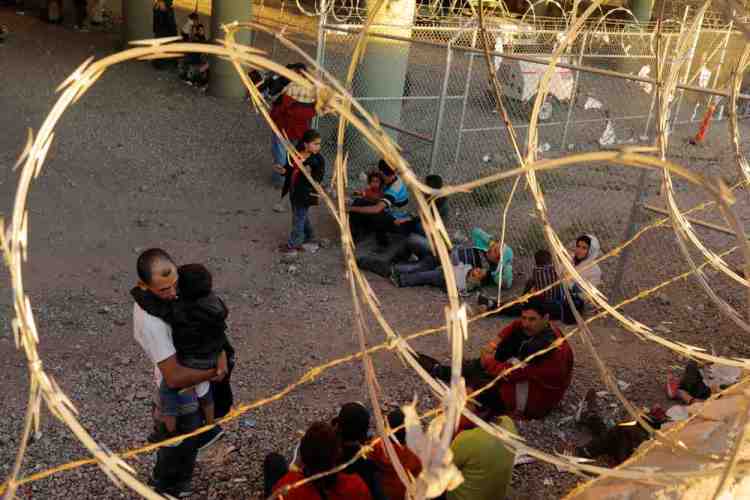 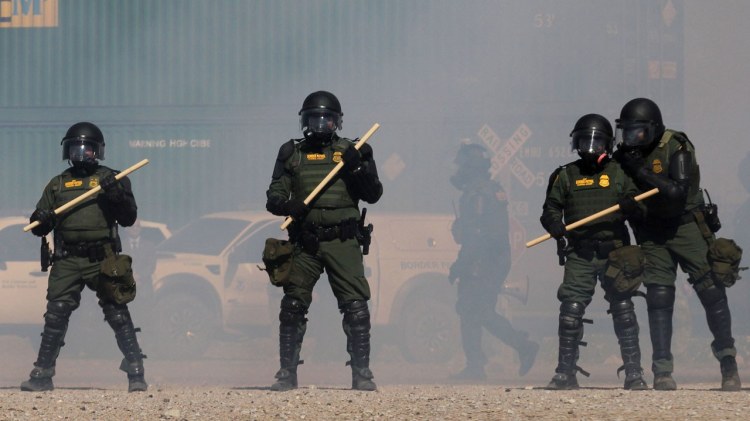 It’s funny that the longer humans are on this earth, the more ‘developed’ our society becomes, the better educated we become, the less tolerant and compassionate we are.

By the way, in case anyone is interested … today is World Refugee Day.  Ironic, isn’t it?