Today’s good people are just average, ordinary people who see a need and step in to help another.  Small things, everyday sort of things, but things that mean so much …

In October, Milwaukee bus driver Natalie Barnes started talking with a passenger named Richard, who told her he has been homeless for a week, since the place where he had been living was condemned. When he asked if he could ride along for the night to stay out of the cold, she agreed.

“At some point in our lives, everybody needs help. I wanted to do what I could to help Richard in some way.”

At one point during her shift, she took a break at the University of Wisconsin-Milwaukee and offered to get her passenger a bite to eat.  “Now I don’t know what to say but to say thank you,” he said to Barnes and promised to pay her back somehow.

She refused, saying, “I want to help you.”

But it doesn’t stop there. During another break, she reached out to a friend, who helped get Richard into a temporary shelter.  Barnes and Richard became friends during that six-hour bus ride. Now he has her cellphone number, and they keep in touch.

“We talk every couple of days and he thanks me every time he talks to me for helping him. He calls me his little guardian angel. I’m happy to say that he’s progressing well.”

Helping others comes second nature for Barnes, who has received three commendations for outstanding service since being hired by the MCTS two years ago.

Lisa Meilander of Elizabeth Township, Pennsylvania, was eating dinner with her family at Eat’n Park restaurant when a 91-year-old World War II veteran sat down to eat his meal alone.

But he didn’t eat alone.

“The elderly gentleman was seated in the booth directly across from my family as we ate dinner Saturday night at Eat’n Park in Belle Vernon. We really didn’t see him come in. But we did notice when our server, Dylan, dropped to one knee to look him eye-to-eye as he got ready to take his order.

The man apologized for not hearing too well. He had forgotten to put in his hearing aids. He talked about how he lost his hearing during his time in the war. He was 91 years old with many stories to tell. Dylan patiently listened giving him his full attention.

Eventually the man apologized for talking so much.

He then helped him figure out what to order and left to take it to the kitchen. It was a touching site. I wanted offer to pay for the man’s dinner, but before I could flag down Dylan, a man seated at a nearby booth asked Dylan to bring him his check.

‘Someone’s already taken care of it,’ Dylan smiled. I guess we weren’t the only ones eavesdropping on the conversation.

After the man received his food Dylan came back to say he was on a break. He asked if he could sit with the gentleman as he ate. As we left the restaurant the two of them were conversing and many people seated nearby were smiling. It was a touching sight.

With all of the negative stories about our youth today this was a breath of fresh air. I wonder if I would have been as kind and attentive if I were the one working there. One thing’s for sure, if you are ever at Eat’n Park in Belle Vernon, ask for Dylan. If he’s your waiter you’re certain to get great service.”

Antonio Basco, 61, made headlines after issuing a public invitation to his wife Margie’s funeral, saying he felt alone as the couple didn’t have any nearby relatives. Over 3,000 people turned out for her services and over a thousand flower arrangements were sent for the funeral.

The following weekend, Basco’s vehicle was stolen and wrecked. In addition to the car destruction, the thief also stole a pressure washing machine from Basco’s trailer that he used for his mobile car washing business. 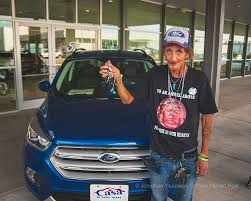 Casa Ford Lincoln, a dealership in El Paso, posted on its Facebook page that it was looking for ways to help Basco.  The dealership gave Basco a brand new Ford Escape and a trailer.  CBS Dallas-Fort Worth reported that an anonymous donor bought Basco a new pressure washer for his business.

When responding to a recent call, members of the Webster Groves Fire Department noticed a woman in a wheelchair falling over while trying to enter her home.

“Multiple stairs and uneven terrain unfortunately led to the resident falling over in her wheelchair while trying to enter the house. Luckily the patient was uninjured, but we saw an opportunity to help.”

The firefighters spent several off days digging out and pouring a new sidewalk for her.

“She will now have a level pathway and ramp to gain access to her home. A huge thank you goes out to the members that spent their days off helping those in need.” 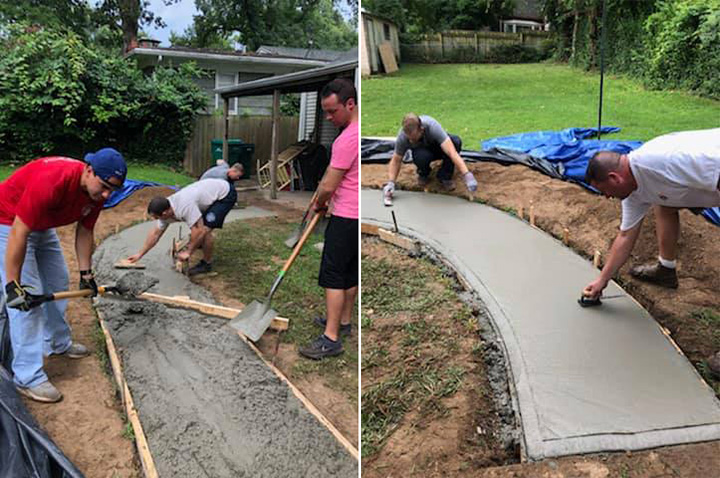 See, folks, you don’t have to have a lot of money to help others … you just have to be willing to give a bit of yourself, of your time.  ‘Til next week, then, remember …