A couple of weeks ago, John Fioravanti wrote a guest post about what was then the upcoming elections in Canada.  At the time, the race between incumbent Justin Trudeau and newcomer (Trump clone) Andrew Scheer was neck-in-neck.  Last Sunday, the much-awaited election took place and John has graciously written a new guest post to explain and help us understand the results …

On Monday, October 21st, voters in Canada returned Justin Trudeau’s Liberal Party to power in Ottawa with a strong minority government. The party standings in our 338 seat House of Commons at the time of this writing is:

For readers who are unfamiliar with the Parliamentary democratic system, here is a brief explanation. We have two legislative bodies that make laws. The House of Commons is elected and electoral ridings are drawn by the principle of representation by population. Members serve 4-year terms and all stand for election at the same time. The Senate is a body appointed by the Governor General on the advice of the Prime Minister. All bills must pass both houses to become law, but only the House of Commons can force a new election before the mandatory 4-year term has expired.

We do not have a separate election to choose the Prime Minister. The PM and the Cabinet are selected from elected members of the largest party in the Commons.

Canada’s Prime Minister is the leader of the party that wins the most seats in the Commons in an election. He/she is appointed by the Governor General who represents the Queen. The PM and Cabinet must maintain the support of a majority of elected members in the Commons or resign their appointed positions in the executive branch. In a Parliamentary system, the members of the executive branch are first elected to the legislative branch – the House of Commons.

In 2015, Trudeau’s Liberals won a clear majority of the seats in the House of Commons. But Trudeau lost ground in 2019 and was left with a strong minority. He needed 170 seats to win a majority and fell 13 short.

A look at the electoral map of Canada makes it clear that the country is fractured along regional lines. The greatest number of Liberal seats came from eastern Canada – the Maritime Provinces, Quebec, and Ontario. The Conservative’s stronghold was west of Ontario – especially in the prairie provinces of Manitoba, Saskatchewan, and Alberta. Third place Bloc Quebecois support came exclusively from Quebec as its party platform is Quebec nationalist – to protect and nurture the French language and culture in Quebec. The BQ cares not about the rest of Canada.

I was very disappointed that Elections Canada pegged voter turnout at 66% of eligible voters. That bodes ill for democracy in Canada and it also speaks to voter disapproval of all the parties. Another interesting fact is that the Conservatives won the popular vote netting 35% while the Liberals trailed with just 33%. The Liberals had concentrated support in the large urban areas – especially Montreal and Toronto, while Conservative support was concentrated in the less populous rural areas.

It is fair to say that Trudeau was spanked by the voters for his transgressions in the SNC Lavalin affair and the blackface pictures. His party won 20 fewer seats than in 2015. On the other hand, it is clear that Scheer was not embraced by voters and was criticized for his attack-style campaign. One commentator said that Trudeau’s political problems should have been enough to turf the Liberals out of power altogether. Scheer failed to capitalize. 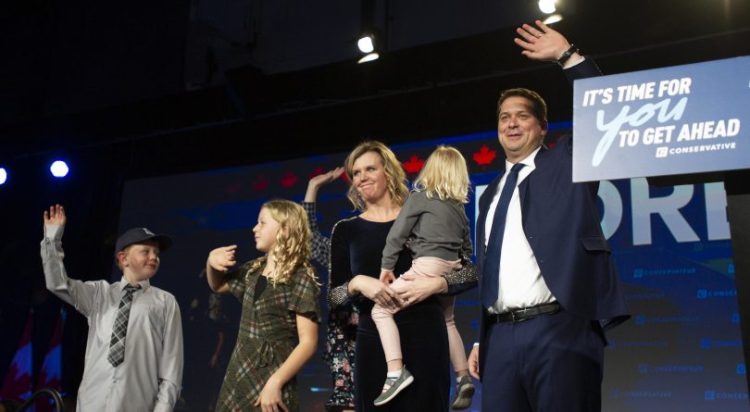 To me, the big message of this election was that the voters are fed up with partisan politics determining how Parliament will tackle or ignore the serious problems facing the country. The only party that put forward a comprehensive platform on the environment was the Green Party. They finished with 3 seats, just one more than in 2015. Our Indigenous Peoples are suffering throughout the country with excessively high poverty rates and many reserves have filthy drinking water. This is a terrible travesty. The only party that has addressed these issues to any degree is the Liberal Party – yet they have accomplished very little in this regard.

Politicians need to wake up to the reality that they must work together as leaders, not partisan plotters, for the benefit of ALL the people. This is why the voters inflicted a minority government on the country. It is true that minority governments are unstable because the opposition members outnumber the government members in any and all votes in the Commons. It is also true that this built-in threat forces politicians on all sides to work together and exercise compromise for the benefit of all.

Canada has elected minority governments in the past and some worked well, while others did not. On average, statistics point out that minority governments last less than two years! What happens then? We have another very expensive election. As I see it, we need to commit financial resources and energy to bring carbon emissions under control so that one day soon our country will no longer depend on fossil fuels. We also need political parties to operate respectfully and cooperatively and serve the nation instead of themselves.