Welcome to another episode of Jolly Monday on this cold Monday morn.  This is a special day in many ways, but one of those ways is that it is Remembrance Day (Canada and the Commonwealth countries) and Veteran’s Day (in the U.S.), a day to remember and honour those who died while in military service.  I’ll have more about that in a later post today, but I just wanted to mention it here.  Well, toss your coats over there, and grab a nice hot drink and a snack off the table, for I have a couple of cool things to bring smiles to those blue lips this morning! 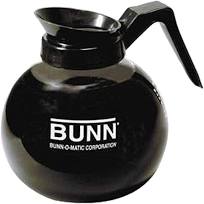 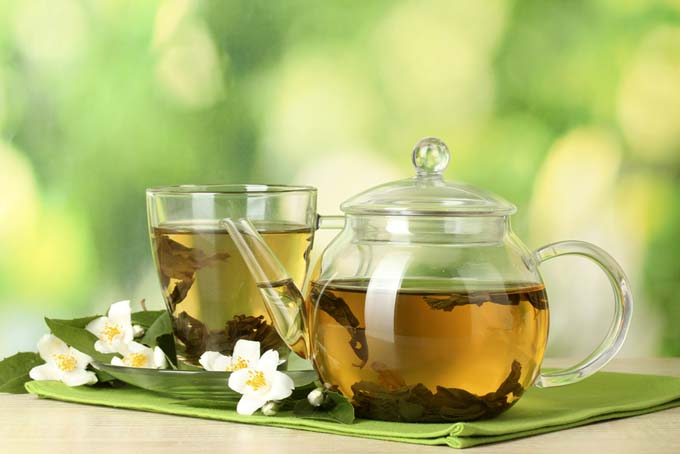 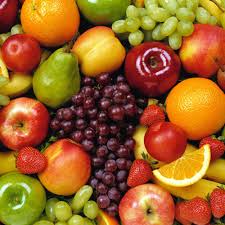 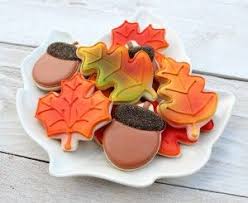 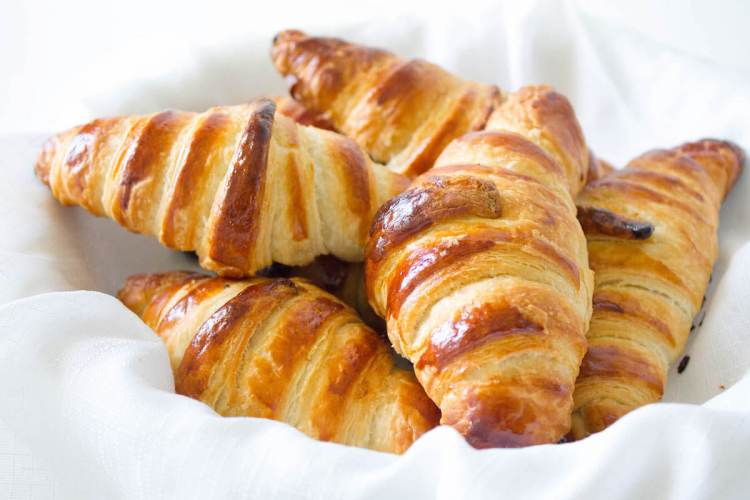 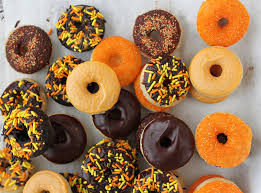 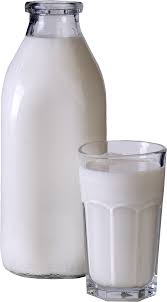 Sorry guys, no bacon today!  I forgot to buy any, and I used the last of it last week!

The anniversary was actually yesterday, November 10th, but since yesterday was Sunday, there was no appropriate venue for me to celebrate, so we are celebrating this event one day late.  Do you know what the event is?  I’ll give you a hint … 1969.  Still don’t know?  Okay, how about this … Cookie Monster, Big Bird, Elmo, Bert & Ernie … NOW you got it?  That’s right, folks, it was fifty years ago yesterday that Sesame Street made its television debut!

The show was the brainchild of Joan Ganz Cooney, a former documentary producer for public television. Cooney’s goal was to create programming for preschoolers that was both entertaining and educational. She also wanted to use TV as a way to help underprivileged 3- to 5- year-olds prepare for kindergarten. “Sesame Street” was set in a fictional New York neighborhood and included ethnically diverse characters and positive social messages.  There was Linda, the librarian who taught sign language, and Tarah who taught us about wheelchairs …

Sesame Street taught ABCs and 123s, but also much more … it taught our children about diversity and acceptance, taught them how to deal with tough situations and emotions.  And most important of all, it made learning completely painless and even fun! 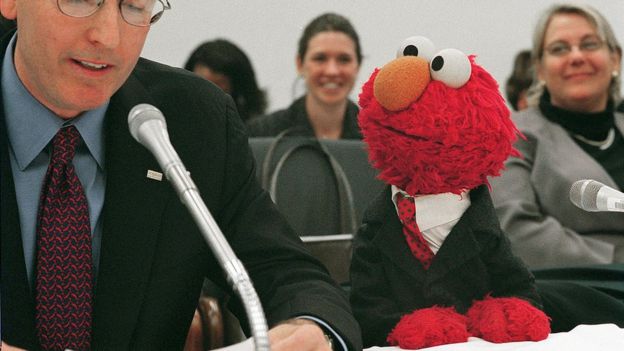 When Will Lee who played the shopkeeper Mr. Hooper, died unexpectedly of a heart attack, Sesame Street tackled the concept of death …

Well, okay, now I’ve gone and made you cry on Jolly Monday.  But, say ‘Hi’ to the gang over at Sesame Street, wish them a Happy 50th Birthday, and then I promise to make you laugh! 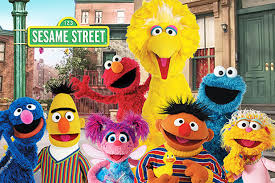 Big Foot has been STOLEN!

Police in Florida are seeking information on the disappearance of an unusual piece of property — a 300-pound Bigfoot statue. 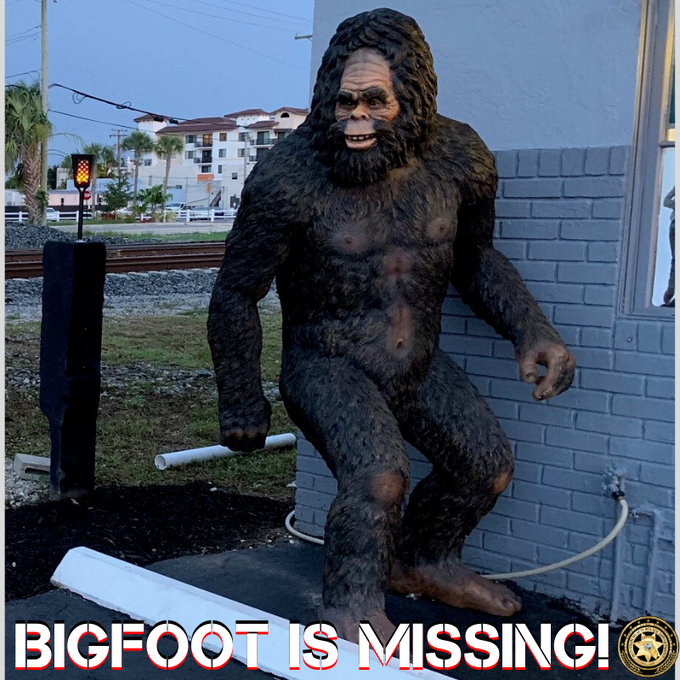 The Boynton Beach Police Department said the 8-foot-tall Sasquatch statue was stolen from in front of a store called Mattress Monsterz in October.

“Bigfoot is missing,” the department tweeted.

But if you think that’s bad …

In Marysville, Ohio (I used to work at the Honda plant in Marysville!) thieves made off with a roller coaster!!! 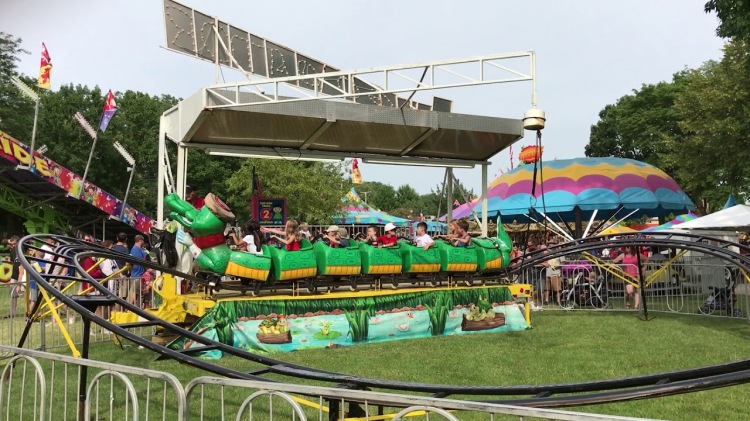 The Union County Sheriff’s Office is looking for a white, Dodge Ram with a flatbed that was spotted by a traffic camera taking the roller coaster. 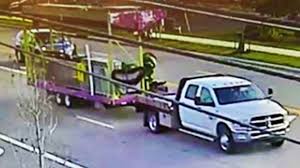 The roller coaster, which is worth about $50,000, has alligator-themed cars that measure 20 feet in length.

Who the heck steals a roller coaster???  What are they thinking they can do with it … give it to their kids for Christmas?  Set it up in the back yard?  Sheesh.

Campus parking fines payable by … WHAT???

This one caught my eye, and while I expected to find humour, and I did, I also found something kind of nice.  I never had to pay parking fines during my undergrad years, but when I went to grad school, I racked up quite a few.  They were all written off thanks to a couple of kindly profs, but still …

This happened at University of Alaska in Anchorage.  Students can pay outstanding parking fines with donations of peanut butter and jelly for fellow students facing hunger.

“Any nut butter-almond, cashew, peanut butter- or any flavor jam, jelly, marmalade, preserves, etc. will be accepted. All donations must be commercially produced (no home canning), unopened and not expired.”

The jars will be distributed through the UAA Emergency Food Cache at the UAA Student Health and Counseling Center.  Two jars can erase $10 worth of fines, while five jars eliminates $60.

Time for a few ‘toons, don’t you think? 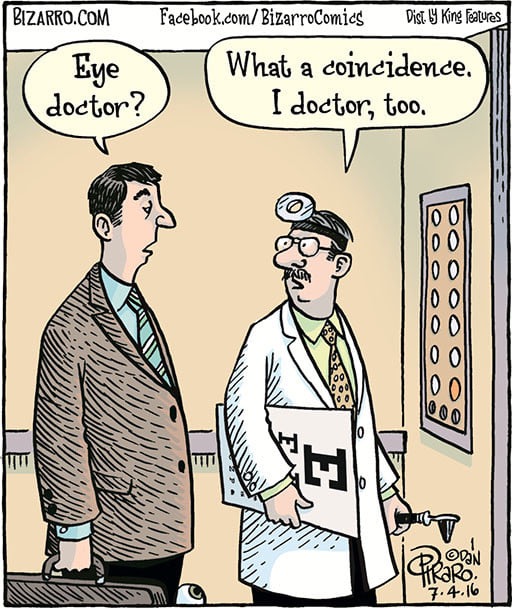 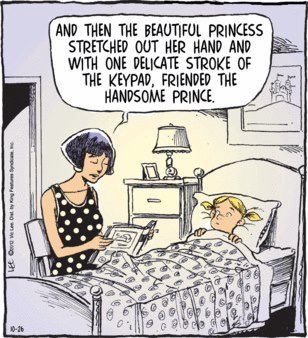 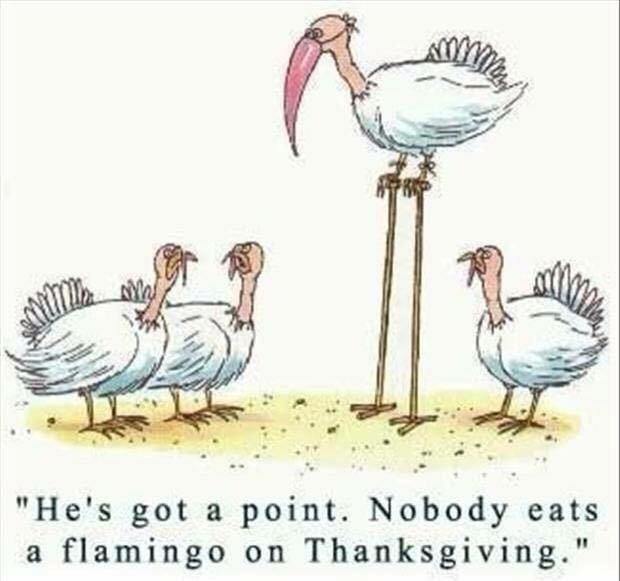 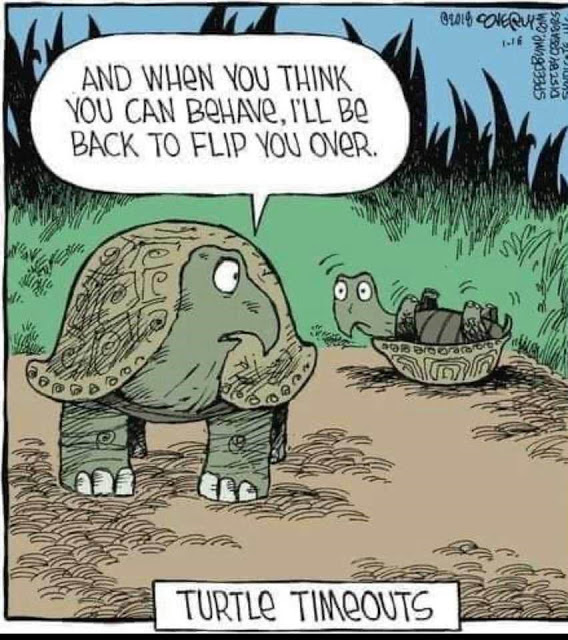 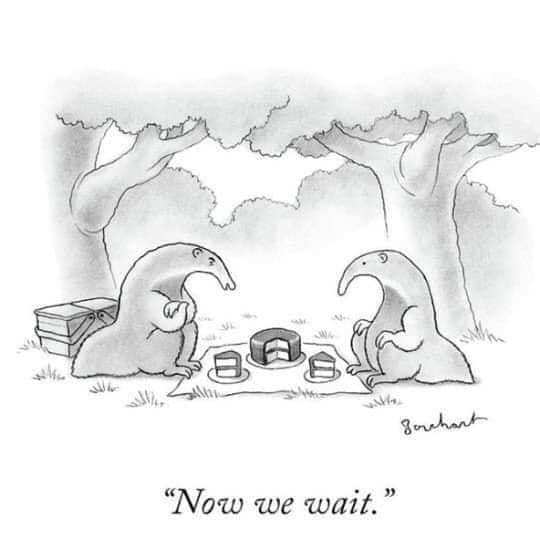 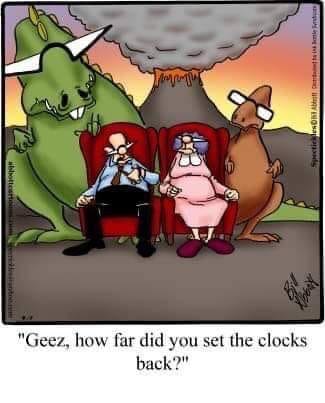 And a few cute or funny pictures 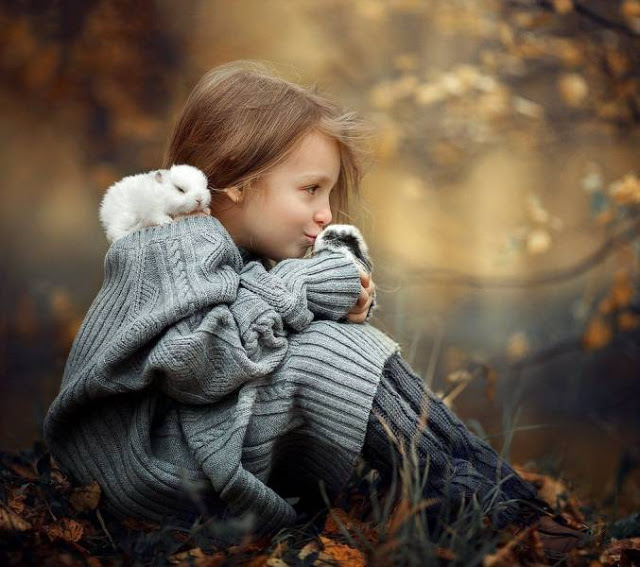 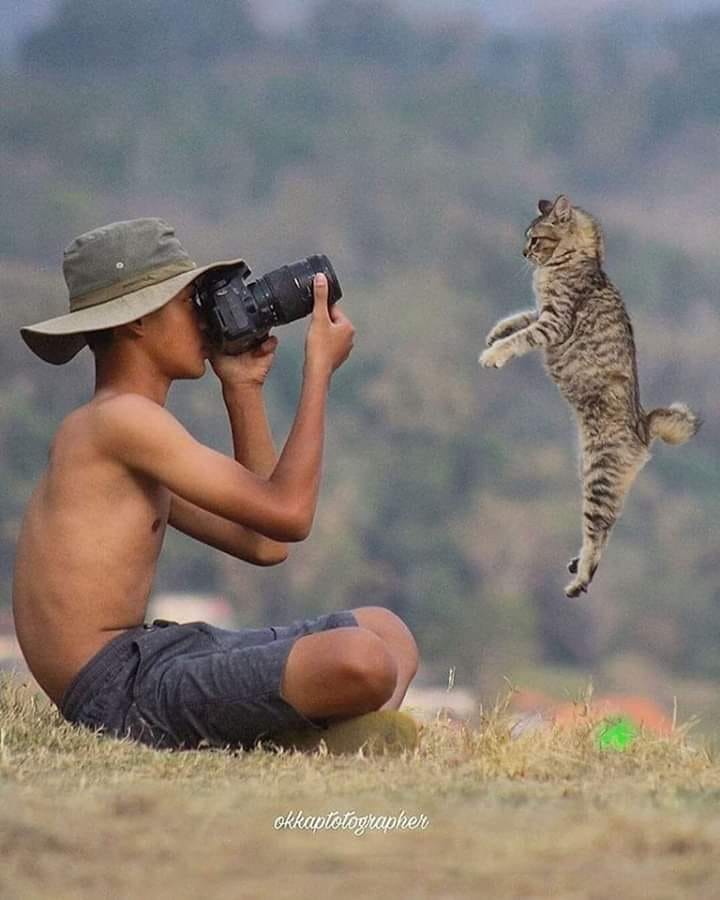 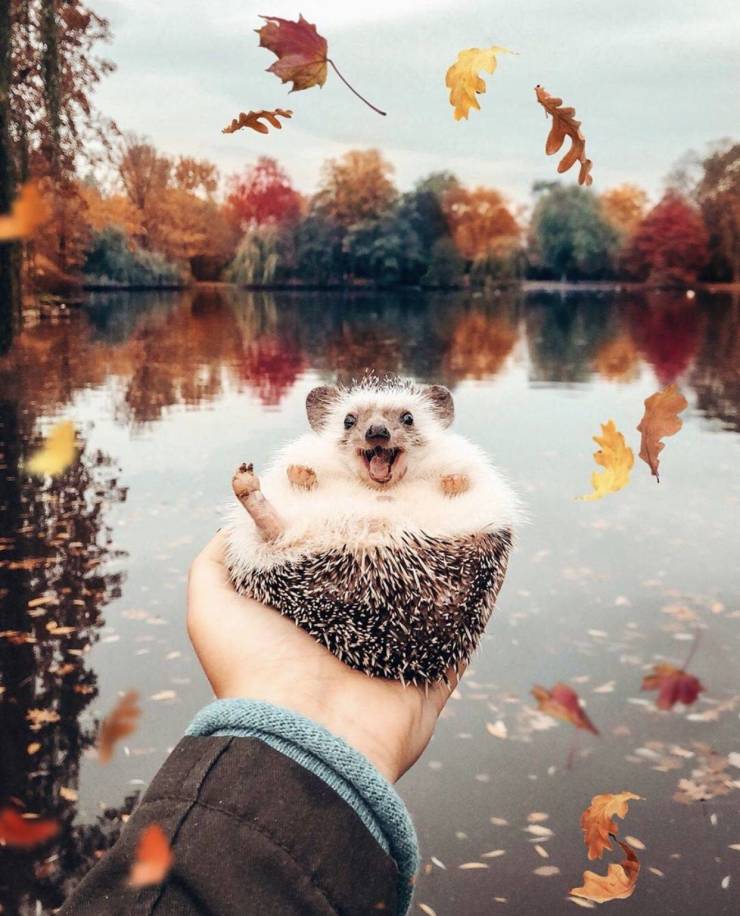 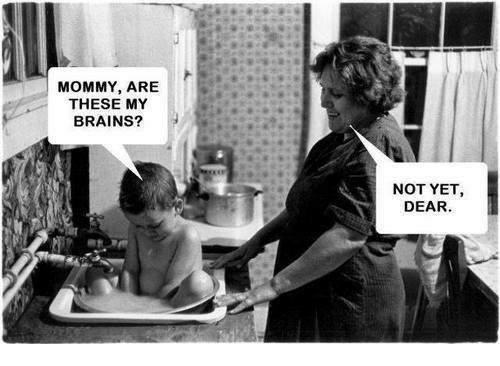 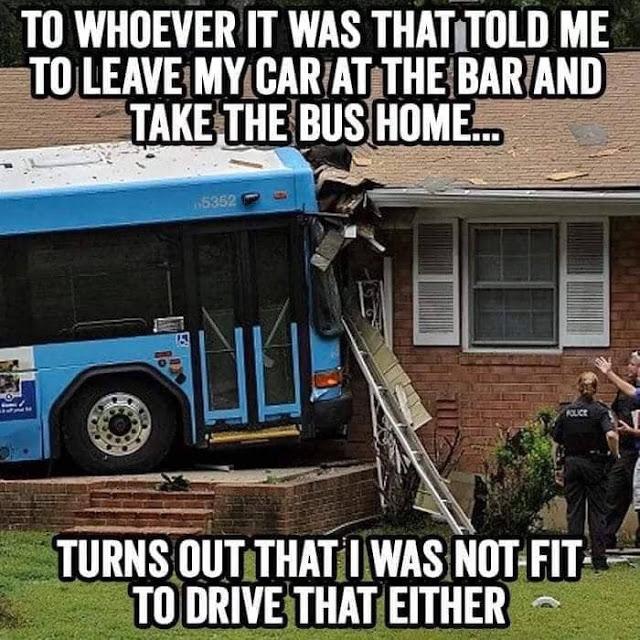 And that wraps up another …

{pssssst … Gwammie … did ya forget about the aminamal video?}

Oh … Jolly just reminded me … how could I possibly end Jolly Monday without a cute animal video??? 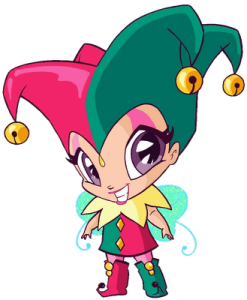 Okay, folks, this is really it for this morning, for some of you have jobs (you know, the kind where they pay you to go there and do work?), and others of us have … um … jobs that pay only in the currency of personal satisfaction!  Please, remember to share those lovely smiles with others you see today … speak kindly, for you don’t know what people are dealing with.  Have a great week, dear friends!  Love ‘n hugs from Filosofa and Jolly!