Today is World Kindness Day, so it’s rather a good day for this post, don’t you think?  Good people come in all sizes, shapes & colours, and there is no age requirement for being a good person.  Every now and then, I like to focus this feature on young people who are doing good things, for it gives us reason to hope for a brighter future.  And believe me, there are plenty of them out there!

Take, for example, Nicholas Lowinger.  Now, Nicholas had a good example to follow, for his mother worked in various homeless shelters across the state of Rhode Island.  When Nicholas was only five years old, his mother took him to visit in one of the shelters, and he quickly realized that the children in the shelter were living in circumstances that were very different from his own.  While Nicholas had a brand-new pair of light-up sneakers, he saw children in the shelter who had no shoes. 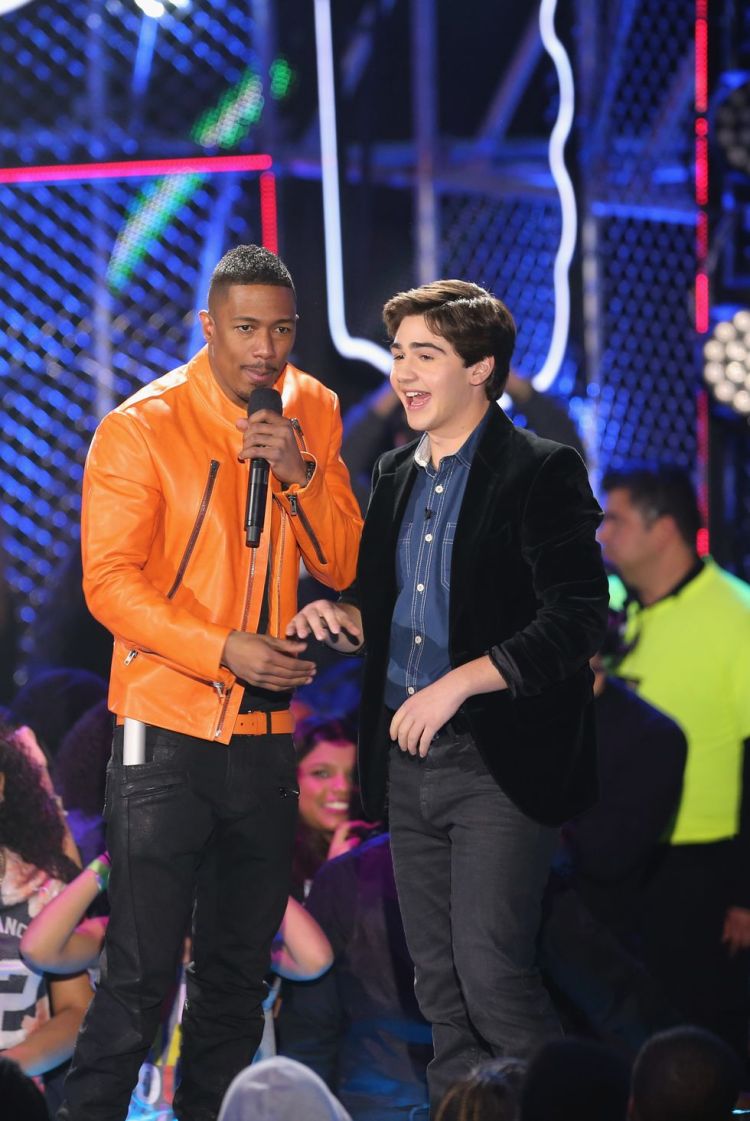 “I saw other kids my age who looked just like me. The only difference was, they were wearing old, tattered shoes that were falling apart. Some didn’t have a pair of shoes to call their own. I’ve been very fortunate to grow up in a family that is able to provide me with whatever I need. A lot of kids here in the U.S. don’t have the same opportunities.”

Fast forward to 2010, when Nicholas was 12 years old and met a homeless brother and sister duo at school who took turns going to school because they only had one pair of shoes between them.  Nicholas gave the boy a pair of his own basketball sneakers, but it gave him an idea.

“I didn’t want to make one donation and stop there. I wanted it to be something I could do for the rest of my life.”

With the help of his parents, he then started the Gotta Have Sole Foundation.   Since 2010, the organization has donated new footwear to more than 100,000 homeless children in 35 states.  Take a look at this short clip to see Nicholas tell a bit of his story.

Two thumbs up to this young man whose social conscience began at a very early age!  👍👍

Or how about sisters Melati and Isabel Wijsen … Six years ago, these two sisters, then ages 12 and 10, decided they were going to do something about the plastic problem on their island of Bali.  The girls were inspired by the country of Rwanda’s ban of polyethylene bags in 2008 and decided to try to get their native Bali to do the same.

Bali is part of the island nation of Indonesia, which is the world’s second biggest polluter when it comes to marine plastic, trailing only China.

The two sisters got the idea for Bye Bye Plastic Bags in 2013 after a lesson at school about influential world leaders — change-makers — including Nelson Mandela, Martin Luther King Jr. and Mahatma Gandhi.

“My sister and I went home that day thinking, ‘Well, what can we do as kids living on the island of Bali?’ You see, we didn’t want to wait until we were older to start making a difference. It wasn’t even a question, really. It was more like, what can we do, as kids, right now.”

The answer was right in their own backyard … 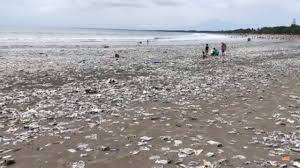 “It got to the point where on weekends when we would go to our childhood beach, if we went swimming there, a plastic bag would wrap around your arm. And you say just, enough is enough.”

They went online and discovered that over 40 countries had already banned or taxed plastic bags.

“We thought, ‘Well, if they can do it, c’mon, Bali! C’mon, Indonesia! We can do it, too!’ So, without a business plan or a strategy or a budget, like my mom will tell you, we went forward with a pure passion and intention to make our island home plastic bag free.”

They got some friends together, went online to start a petition and got 6,000 signatures in less than a day! They spread awareness through school and community workshops. They organized massive beach cleanup campaigns, all the while drawing international attention and that of local politicians too.

“I think one of the biggest tools that pushed us forward was our decision to go on a food strike.”

The sisters put the word out about their plan on social media. Local media picked it up, and that prompted the governor at the time, I Made Pastika, to do what any savvy politician would do when faced with two teenage girls threatening a hunger strike. He invited them to come see him.

“Within 24 hours, we had a phone call and then the next day we were picked up from school and escorted to the office of the governor.”

Pastika signed a Memorandum of Understanding with the sisters to work toward eliminating plastic on the island — and later pledged to rid Bali of plastic bags by 2018. That didn’t happen, but the sisters kept engaging government at every level — local, municipal and national — to keep up the pressure. Melati Wijsen says she learned a lot about dealing with politicians in the process. 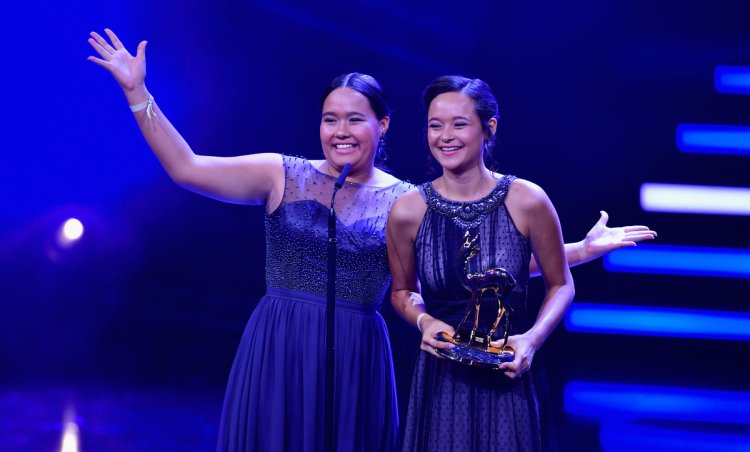 But … in December 2018, the new governor of Bali announced a law banning single-use plastic in 2019, thanks in part to the sisters’ efforts and those of like-minded NGOs.  Last year, the girls founded their own NGO (non-governmental organization), Bye Bye Plastic Bags.

“We’re actually now in 28 locations around the world, and it’s all led by young people. We’ve created a starter kit and a handbook that guides them through this process of how to start a movement.” 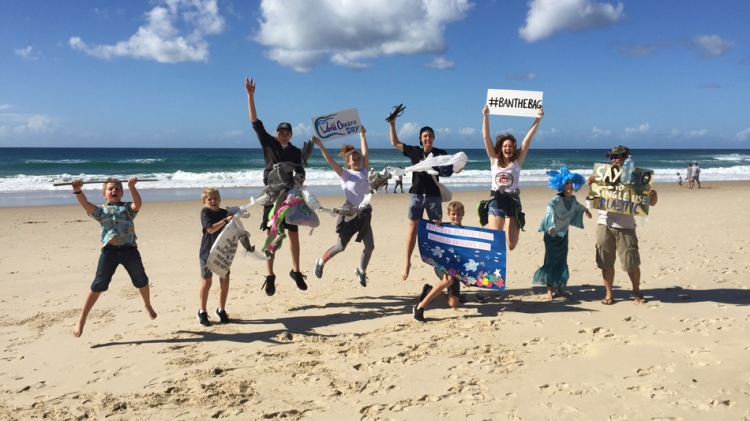 These young women are pretty awesome, don’t you think?  Perhaps we need them to come over here?  Another two thumbs up!  👍👍

And then there’s Kelvin Doe from Sierra Leone, the “world’s youngest self-taught engineer”.  Kelvin got his start when he began looking for ways to fix local problems with technology as an 11-year-old, just five years after the country’s volatile civil war ended. 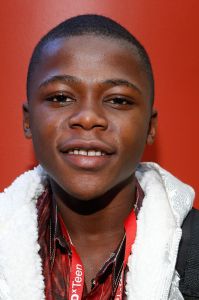 Kelvin Doe grew up in Freetown, Sierra Leone. At the age of 11, he started collecting scrap material on the way home from school. He discovered that with a little bit of tinkering he could make working parts from things that others had thrown out. Feeling inspired he’d go to bed at 7pm only to wake up in the middle of the night and tinker while the rest of his family slept.

He went on to build a community radio station out of recycled parts that he powered with a generator also made out of reused material. David Sengeh, a PhD student at the MIT media lab and Kelvin’s mentor, said: “In Sierra Leone, other young people suddenly feel they can be like Kelvin.”

In 2016, at the age of 19, Kelvin became an honorary board member of Emergency USA (a global non-profit that provides free medical care for those affected by war and poverty) and founding the Kelvin Doe Foundation, a non-profit organization that is committed to empowering young people in Africa to design innovative solutions to tackle some of the most critical issues in their communities.

Okay, folks, I’ve run out of thumbs now, so that wraps this week’s “good people” post up, but hopefully you found something to love and to inspire you about these young people!  Until next week … remember, if you can’t find a good people, then just go ahead and be one!