Yesterday I had a bad case of mind bounce … it happens every so often … and the best I could do was an afternoon re-blog.  Today, however, I am back on my game and filled with snark!  Here are just a few of the things flying about on my radar today.

He should have stayed home …

Every time Trump is allowed to travel abroad and attend international conferences or events, I cringe.  Not because I fear he will embarrass us … there is never a doubt but that he will … but because I wonder how much long-term damage he will do to our relationships with the rest of the world, how much more he will tarnish the image of the U.S. in the eyes of the world.

This week, he is in Davos, Switzerland, for the World Economic Forum.  This year’s forum is focusing on seven themes: Fairer economies, better business, healthy futures, future of work, tech for good, beyond geopolitics and how to save the planet. Young climate activists and school strikers from around the world will be present at the event to put pressure on world leaders over that last theme.  In my opinion, that last one is about the only one that really matters, for if we do not address climate change, none of the rest will be required 100 years from now.

But, of course, Donald Trump feels differently.  He boasted that his support for the coal and oil industries meant the US was self-sufficient in energy.  He attacked climate activists …

“To embrace the possibilities of tomorrow, we must reject the perennial prophets of doom and their predictions of the apocalypse. They are the errors of yesterday’s fortune tellers and we have them and I have them and they want to see us do badly, but we don’t let that happen.”

Greta Thunberg, who was also invited and is attending the forum, was apparently one of those “perennial prophets of doom” to whom he referred, as he later said he didn’t know much about her other than that she seemed “very angry”.  She’s not the only one!

Beyond that, he tooted his horn a lot, bragging about the economy, about trade deals, even claiming he would soon be making a “very good deal” with Boris Johnson of the UK, and even had the unmitigated gall to claim proudly that the U.S. is the #1 producer of oil and natural gas – definitely not a boast-worthy claim, whether true or not.

Then, of course, he was asked about his impeachment, and he used the opportunity to whine …

“It’s just a hoax. It’s a witch hunt that’s been going on for years, and frankly, it’s disgraceful.”

Oh, and he also claimed that he and his minions are preparing another “middle-class tax cut”, that he will announce details in 90 days, but that he will only enact it if he is re-elected, the republicans gain control of the House, and hold the Senate.  Well duh … that’s the only way he’ll get any legislation passed, but … ain’t gonna happen, Donnie boy!  And, his last so-called middle-class tax cut actually hurt the middle class and gave the tax cuts to the wealthy 1% and corporations, many of whom pay less in taxes than you or I do.

So, once again, We the People ask forgiveness of our friends across the pond, for the abomination we unleashed on the world in 2016.  Sigh.

And in other news …

Trump’s mouthpiece, Kellyanne Conway, once again opened her rather large mouth … a mouth that seems to be completely detached from anything remotely resembling a brain.  It was during a news conference yesterday, Martin Luther King Day, and Kellyanne was asked why Trump’s public schedule of events on Monday did not include any functions meant to commemorate Dr. King. 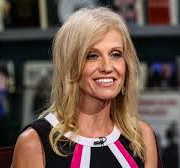 “The president … agrees with many of the things that Dr. Martin Luther King stood for and agreed with for many years, including unity and equality. And he’s not the one trying to tear the country apart through an impeachment process and a lack of substance that really is very shameful at this point. I don’t think it was within Dr. King’s vision to have Americans dragged through a process where the president is not going to be removed from office, is not being charged with bribery, extortion, high crimes or misdemeanors.”

Somebody really needs to shut this woman up, for she knows not what she says … she just opens her mouth and out comes stupid.

Dr. Seth Lookhart was a dentist in Anchorage, Alaska.  One of his patients was a woman named Veronica Wilhelm, who one day needed a tooth extracted.  Simple procedure, right?  Well … Dr. Lockhart performed the procedure … while on a hoverboard!  But wait … that’s not even the worst of it!

First, he sedated Ms. Wilhelm, filmed himself extracting the tooth while on his hoverboard, and … wait for it … sent the video clip to at least eight of his friends!

Turns out this wasn’t his only crime, for he has been billing Medicaid for types of expensive sedation not typically covered by private insurance.  His misdemeanor medical assistance fraud offenses carry a possible sentence of up to a year in jail, a fine of up to $25,000 and he could be ordered to return funds to the state of Alaska Medicaid program and his former business partners.

Okay, folks, that’s all I’ve got for today … time to go look in on the impeachment trial …

27 thoughts on “Snarky Snippets Hot Off The Press!”