Part four of mine and Jeff’s project, Discord & Dissension, is going to cover three posts.  These posts are a series I did back in April 2018, titled “On Voters Not Voting”, and with just a few updates, are as relevant today as they were then.  The second (b) and third (c) parts will be presented over the next three days.

In the 2016 elections, U.S. citizens stood to lose a lot.  As we now know, we stood to lose our voices.  And yet, with so much riding on a single day, with our very futures and those of our children on the line, a huge number of Americans could not be bothered to take an hour out of their day to go vote.  In fact, according to a Pew Research Center analysis,  U.S. voter turnout was very low compared to other nations’ recent elections.  In Belgium, 87.2% of eligible voters actually voted, and in Mexico, 66%.  The U.S.?  55.7%.  Just over half of all those who could have voted, actually did.  Where were the rest of the people who might have been able to save us from the chaos our nation has become?  Let us take a look at some of the excuses reasons that are offered:

Too busy.  Not interested.  FORGOT??? With all the non-stop news on every media outlet, both legitimate and social, for fully 18 months before the election, how the Sam Heck could anybody, let alone some 2.3 million people, simply forget???  We must surely qualify for the nation with the poorest memories in the world! 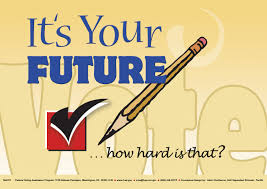 Nearly 90 million people who were eligible to vote in 2016 did not.  What might our nation look like today if those 89.7 million people had gotten off their butts and done what is known as their civic duty?  I, for one, might not have bags the size of Oklahoma under my eyes!  We might actually have a functional government in Washington.  Perhaps there would be heads of agencies, such as the Environmental Protection Agency, the Department of Education, the Department of Justice, and the State Department who not only knew and understood their jobs, but were also willing to do them!  We might not be making threats to other nations that stir the angst of all and put the U.S. and its allies in danger.  We might be participating in working to establish peace, rather than to start a war.  And we might still have the respect, rather than the derision, of other nations. But no … people were too busy, didn’t want to get rained on, didn’t like the choices, or just weren’t interested.

There are, certainly, some who did have legitimate reasons for not voting.  If a person was in an auto accident, or had a sudden heart attack and found himself unexpectedly in the hospital on November 8th, that person is not to blame for the current mess.  I have a friend who lives with an oxygen tank and is confined to a wheelchair, yet she voted, so overall, I am not inclined to buy the excuse of ‘illness or disability’ except in certain circumstances.  Where there is a will, there is a way.  Especially given the fact that almost every state offers some combination of early voting, absentee voting, and mail-in ballots, so people who are too sick or otherwise incapacitated, were still able to cast a vote.

The 13.4% who said they were ‘not interested’ puzzle me.  How can one not be interested in who makes the decisions that affect all of our very lives?  Do these people pay taxes, get sick sometimes, send their children to school, have jobs?  Do they breathe???  I wonder how many of those who were not interested are even functional human beings?  I wonder if they will be interested when their son gets his draft notice to go serve in the Korean Peninsula?  Will they sit up and take notice when their kids are sent home from school because of a lack of funding?  Or when they suddenly cannot breathe the air?

Those who ‘did not like the candidates or the campaign issues’ (12.9%) are just as bad.  So what?  You do some research, you inform yourself of the issues, and you choose the one that is least obnoxious to you.  It’s called the ‘lesser of two evils’, and it has been the de-facto way of voting for decades, if not centuries.  No candidate will ever be perfect, and no candidate can appeal to everyone, for we are humans, not automatons.  But if you cannot even be bothered to give it some thought and make a choice, then you are simply too lazy.  That’s right … lazy!

The bottom line is this … with some exceptions that I will discuss in the next part, the 89.7 million people in this nation who were eligible to vote, but didn’t, must claim much of the responsibility for all the chaos and dangerous politics happening in our country today.  These people who did not vote are every bit as guilty as those who voted for Trump.  Those who voted for Trump made a mistake, but those who did not bother to even vote because they were too lazy or uncaring deserve the wrath and scorn of us all. 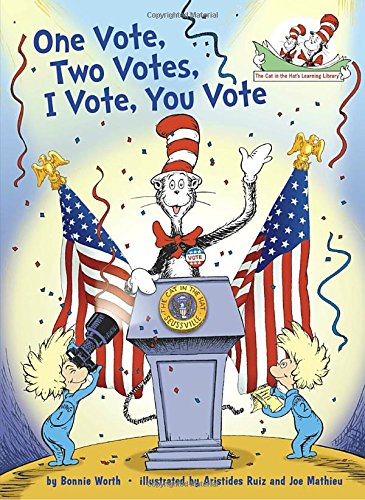 Voting is a right, it is a privilege, and most importantly, it is a responsibility.  If you eschew this right, if you shirk your responsibility, we are all losers.  This nation will not remain a free nation if nobody cares enough to vote for the people who will keep it free.  It is my opinion that we are currently on the very brink of losing our status as a free nation, that our very Constitution is in danger of being shredded, and I lay the blame for that right at the feet of those who failed us all in November 2016.  Please, friends, let us not make the same mistake in 2020!