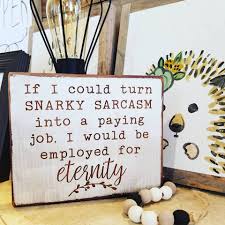 Whew … the news cycle these days is nuts.  Much of what’s found on the news is repetitive, but one must sift through it to find the nuggets.  Then, when you find the nuggets, they just make you growl.  Well-meaning friends suggest from time-to-time that I tune out for a few days or even … gasp … a week!  But, I cannot.  I am who I am, and I am very concerned these days about what is happening behind the scenes in Washington, what are they doing that is not being reported because the media is so wrapped up in the coronavirus and the stock market?

Keeping secrets from us …

Predictably, unemployment claims are overwhelming the system in some states where restaurants, bars, indoor malls and entertainment centers have closed down.  In Connecticut, for example, 30,000 claims were filed between Friday evening and Tuesday, compared with a total of 2,500 all last week. This week, Illinois received over 41,000 claims on Monday and Tuesday compared with 4,445 in those two days last year. And in Michigan, 5,419 claims were filed in February’s final week; so far this week, the state is fielding five-and-a-half times as many.  None of this is unexpected.

And I suppose I shouldn’t be surprised that Trump & Co is asking state labor officials to delay releasing the precise number of unemployment claims they are fielding.  Most every month, the employment numbers have been positive, although in recent months they have been tracking below the predictions, but the numbers for March are, needless to say, going to reflect a sharp drop in employment over the course of the month.  We have a right to know just how many jobs have been lost, in part due to the bungling of Trump & Co.  This is not something they should be able to hide from us, as they have so many other things.  Yet another sign that we have a wanna-be dictator in office.  Who will stop him?

Get out of jail free

Michael Cohen … remember him?  He was Trump’s personal attorney and ‘fixer’ who pleaded guilty to eight criminal charges: five counts of tax evasion, one count of making false statements to a financial institution, one count of willfully causing an unlawful corporate contribution, and one count of making an excessive campaign contribution at the request of a candidate (Trump).  He’s currently serving a three-year sentence at a federal prison camp in Otisville, New York.  A cushy sort of place, with better than average food and other amenities including bocce ball, horseshoes, handball and tennis. 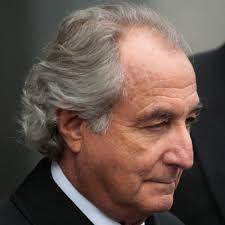 Bernie Madoff … remember him?  He is a former market maker, investment advisor and financier who is currently serving a federal prison sentence for offenses related to the largest Ponzi scheme in history.  It is estimated that he bilked investors out of some $64.8 billion and his actions were in part responsible for the 2007-2008 financial crisis.  He was sentenced in 2009 to 150 years in prison and is currently serving his sentence at the Federal Correctional Complex, Butner, North Carolina.

The attorneys for these two men are now pleading for their release from prison, saying it is only a matter of time before the coronavirus strikes the prisons and their clients, such pure, good people, should not be subjected to a life-threatening illness.  It makes me wonder … the notorious #MeToo abuser of women, Harvey Weinstein was just sentenced to 23 years in prison, and just yesterday checked in at Elmira Correctional Facility, a maximum-security prison in upstate New York.  I wonder if his attorney will plead for his release based on the possibility of coronavirus finding its way into the prison?

If you or I were in prison for so much as being caught with a half-ounce of weed, do you think they would even consider letting us out under these circumstances?  No way, José!

Now, we all know that Donald Trump will do anything to win … win what?  Anything.  Doesn’t matter what, he just takes pride in being a ‘winner’ and calling out all ‘losers’.  He broke numerous laws, had others break laws for him, in order to ‘win’ the 2016 election which, in truth he did not win, but lost by nearly 3 million votes.  Still, it got him what he wanted … a ticket to four years in the Oval Office.

Tell me … if Trump got his hands, say shortly before election day, on a supply of a vaccine that would prevent coronavirus, and offered it exclusively to U.S. citizens, would it make you appreciative enough that you would vote for him?  No, of course not, but … what about his 40% base?  They might be getting pretty disillusioned these days, many of them losing their jobs, many losing the bulk of their pension plans and 401(k)s due to the current pandemic and related financial meltdown, but … would that vaccine maybe change their minds?  Remember, these are the same people who are okay with migrant children being separated from their parents and put in cages at the southern border.

German pharmaceutical firm CureVac since January has been researching a potential vaccine for countering the novel coronavirus. Over the weekend, German newspaper Welt am Sonntag reported US President Donald Trump offered CureVac about $1 billion to obtain the vaccine “only for the United States.”

This, folks, is what Trump’s “America First” policy looks like.  Trump and CureVac both publicly denied that such an offer had been made, but … I think it was.  Why?  First, because … it’s Trump.  But, more prudently, because the world leaders of the G7 took it seriously enough to rebuke Trump in a video summit, telling Trump that new vaccines must not be monopolized and that medical firms must share and coordinate research on coronavirus vaccines rather than provide products exclusively to one country.

Another interesting aspect of this is that the chief executive of the German firm CureVac, Daniel Menichella, who attended the March 2nd meeting where Trump is said to have made the offer, is suddenly leaving the company he has headed for two years.  CureVac made the announcement on March 13th.  Curious, don’t you think?

Let’s be very clear here, folks … if a viable vaccine for coronavirus is developed, it must be made available to as many people as possible in every nation where people are suffering from the disease.  And NOT to the wealthy first, but rather to those most at risk first!

I have one more snippet, but it’s late, I’m tired, and I’m at the max of my self-imposed word count, so … expect more snarking and growling this afternoon!  Oh no … wait … this afternoon is Part X of mine and Jeff’s project!  Well, soon you can expect to see more snarkiness from the Queen of Snark! Stay tuned!

33 thoughts on “Isn’t It Time For Some … Snarky Snippets?”