Neither fools nor angst nor Trump nor rabbit holes stay Jill & Jolly from bringing humour to their friends.

And thus, here we are, a bit ruffled, a bit worn and torn, but nonetheless doing what we can to find humour amid the rubble. 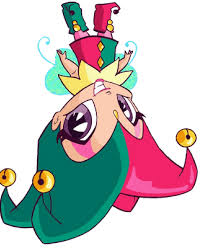 We apologize, but you’ll find the smorgasbord a bit limited today … no sweets, for I have run out of sugar and apparently there was a run on it, as there is none at the grocery.  And no bacon, for the store had only one brand and it was $6.99 a pound!!!  When the day comes that I pay $7 for a lousy pound of bacon, you’ll know I’ve lost the last of my marbles!  I best be careful, though, for I remember back in the early 1970s when I made the claim that I would never pay $1 for a gallon of gasoline!

Anyway, I asked Jolly to scrounge around in the pantry and see what he could find, so grab a bite, a cuppa, and let’s see if we can find a chuckle somewhere in here, shall we?

JOLLY!!!!  You weren’t supposed to take a bit of everything!  And … onions?  Oh Jolly, you even spilt the coffee!  Sigh … ah well, you did the best you could.  Sorry, folks … there’s a Taco Bell just across the street if you’d like to go get a snack.  We’ll do better next week!

Olive Veronesi is 93 and lives alone in the tiny community of Seminole, Pennsylvania, population 84.  Seminole used to have their own post office, until it closed in September 2002, but they do still have their own zip code!  Now, my friend Herb lives in Pennsylvania, though not Seminole, and from him I know that Governor Wolf ordered all liquor stores shut down last month, saying they aren’t considered an ‘essential business’.  Some might argue that point.  Anyway … I digress.

Last week, Olive ran out of … beer!  GASP!!!  She was seen holding a sign from her window …

News station KDKA-TV shared a photo on Facebook where it went viral (some people have far too much time on their hands these days!).  Several neighbors offered to get her some beer, but the real kicker was when Coors Light said in a Twitter post that Veronesi would soon be receiving some beer directly from the company!

Hmmmm … I wonder … if I stand in my window with my empty wine bottle and a sign, do you think the company might send me a case?

There are many reasons one might call 9-1-1, or in the UK, 9-9-9.  A burglary in progress, someone having a heart attack, a missing child, domestic violence.  But this was a new one, and I cannot begin to imagine the thought processes of the person who called the emergency police number.

It happened in the UK when a call came in to the Essex Police Department’s emergency number.  The caller wished to report that he/she could hear a neighbor … snoring.  Yep, folks … snoring.

Now, my neighbors have a teenage son, and sometimes he likes the music a bit loud … um, to the point it shakes the pictures on my walls, but even so, I would not call 9-1-1!!!  Sheesh.

The police advised the caller that “snoring is never a reason to call 999, no matter how annoying it is.”  Here, the caller would likely have been fined, and rightly so!

Volunteer firefighter Charles Calvin of New Chicago, Indiana (not to be confused with plain ol’ Chicago in Illinois) needed to withdraw $200 from the ATM to do a bit of shopping last weekend.  So, while he was at it, he thought he would check and see if his $1,700 stimulus check had been deposited to his account yet.  Imagine his surprise when the machine spit out a receipt that said his balance was $8.2 million!  Needless to say, there was a mistake and the bank sorted it all on Monday.  Charles said he wasn’t sure if the error was on the part of his bank, or by the IRS as they arranged the direct deposit of his check.  I’m betting the latter.  Said Charles …

“It kind of sucks. You go from being a millionaire one second then back to being broke again. But hey, once you’re poor you don’t have anywhere else to go but up.”

Nick Blanusha of plain ol’ Chicago in Illinois (not to be confused with New Chicago in Indiana) also had a financial oops last week!  He went to the grocery store to pick up the order he had placed online earlier, and paid for the order totaling $90.96 with his debit card.

“I signed the receipt got in my car and then went home to check my bank account to see if my stimulus check had hit and, uh, noticed that it was empty. And I looked back at the receipt and noticed I had been charged $11,500.”

He immediately contacted the store but was told it would take up to five business days to refund the money to his account!!!  At this point, I would have been at the store cracking some heads!

Nick, however, did a very smart thing (most people are smarter than me in such situations) and contacted Chicago television station WLS-TV.  Funny how well that worked!  It wasn’t long before Nick received a call from the grocery store’s corporate offices, apologizing profusely and the very next day, refunded the entire amount of the charge, including the $90.96 for his order.  Plus, they promised to pay any overdraft fees he might incur as a result of the error. 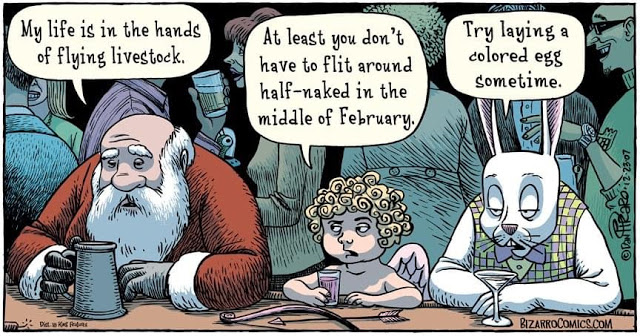 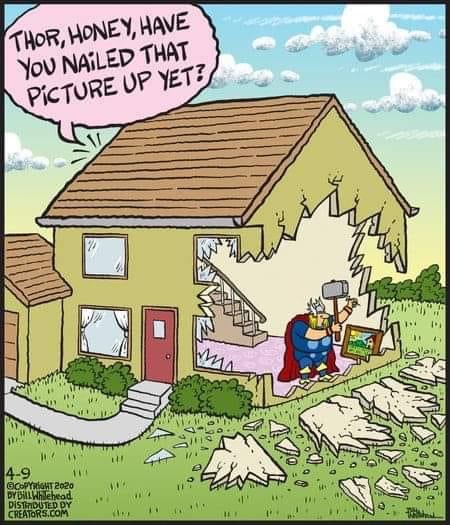 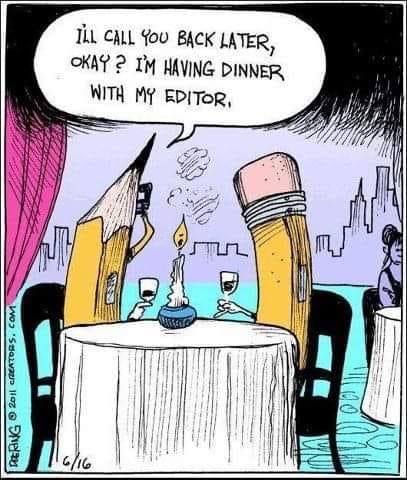 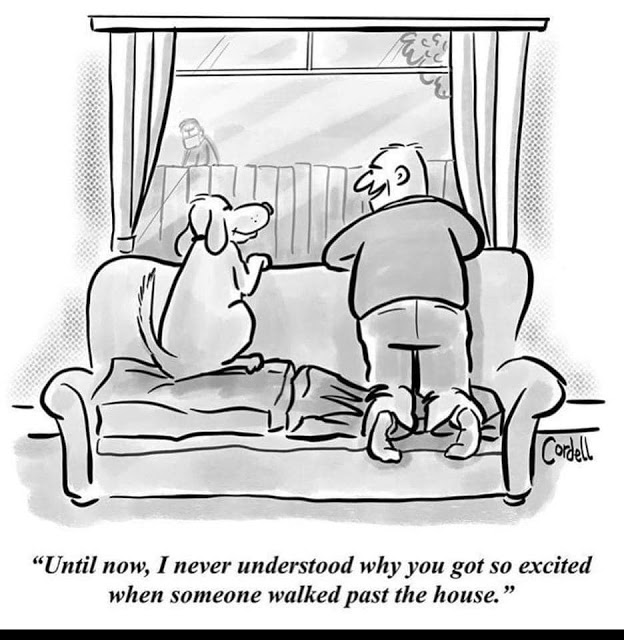 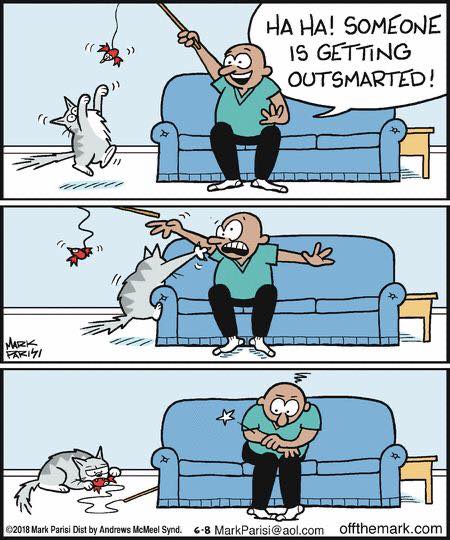 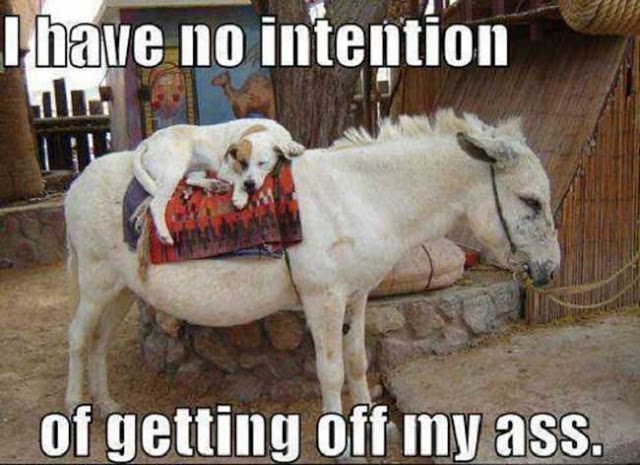 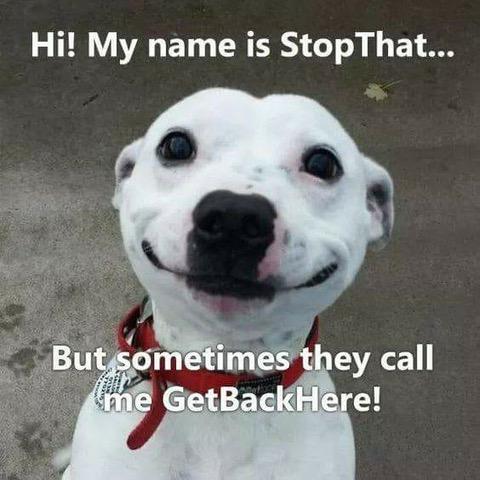 And last, but certainly not least, we’ve got time for a short cute animal video … you’ll love this one!

This one’s for Hugh … thought you might need this today, my friend! 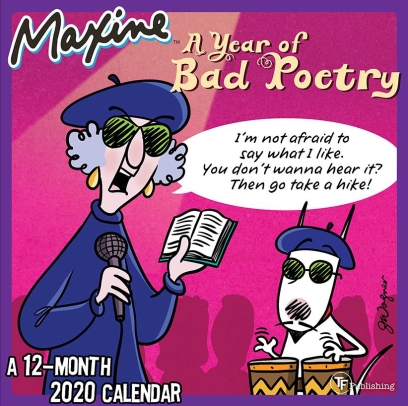 Have a decent week, my friends … get outside, enjoy the beauty of nature, go for long walks … anything to take your mind off of … stuff.  Much love and many hugs from Filosofa and Jolly!