Trump seems to be occupying a heck of a lot of space on my radar screen these days, pushing out most everyone else.  I hoped to write about something else today, but fools, idiots and Trump were all I could see on my radar.  So …

Trump is threatening to change the venue for the Republican National Convention in August.  Initially planned for an Arena in Charlotte, North Carolina, Trump’s complaint now is that North Carolina Governor Roy Cooper cannot promise that a packed arena will be allowed under the state’s rules to protect people from the spread of the coronavirus.

“I love the Great State of North Carolina, so much so that I insisted on having the Republican National Convention in Charlotte at the end of August. Unfortunately, Democrat Governor, @RoyCooperNC is still in Shutdown mood & unable to guarantee that by August we will be allowed full attendance in the arena.  In other words, we would be spending millions of dollars building the Arena to a very high standard without even knowing if the Democrat Governor would allow the Republican Party to fully occupy the space. Plans are being made by many thousands of enthusiastic Republicans, and others, to head to beautiful North Carolina in August. They must be immediately given an answer by the Governor as to whether or not the space will be allowed to be fully occupied. If not, we will be reluctantly forced to find, with all of the jobs and economic development it brings, another Republican National Convention site. This is not something I want to do. Thank you, and I LOVE the people of North Carolina!”

Now, I fully understand Governor Cooper’s reticence to commit to allowing thousands of people into the arena to mingle and share their germs.  However, think about it.  If the republicans who would attend are so ignorant that they would risk not only their own lives, but also those of their families … let them. Trump’s alternative venue is Florida, where Governor Ron DeSantis is one of the first to throw the doors to the state wide open and throw caution to the winds.  DeSantis, like Trump, has no concern for the lives of people, but only the financial well-being of the wealthy, the tourism dollars that would be put into the state’s coffers.

The only thing that puzzles me is why Trump even cares if there is a convention, for all those who would oppose him have been shoved out of the race by the GOP, so the outcome is a given.  Why bother, why spend all that money and put so many people at risk, when the conclusion is already signed, sealed, delivered?

Memorial Day in the United States, celebrated on the last Monday in May, is intended to be a day set aside to remember and honour those who died in service to the nation, those who defended not only this nation, but allied nations as well.  Instead, it has become largely just another day to grill out, drink beer, and socialize.  While you might expect this year to be different, with protections in place to try to protect people from the coronavirus, people don’t have too many brains these days.

People flocked to beaches and other public venues, acting as if their pleasure was the most important thing on earth, and not giving a damn about the lives of others.  Surprised?  I wasn’t surprised, but I am disappointed.  But then, what’s new … I’ve been disappointed in the human race most of my adult life now.

When you have a fool at the helm of the ship, though, the rest will follow.  Trump, in the spirit of patriotism, took the opportunity to mock former Georgia gubernatorial candidate Stacey Abrams’ weight, ridicule the looks of House Speaker Nancy Pelosi and call former Democratic presidential rival Hillary Clinton a “skank.”  What a way to honour dead soldiers, eh?  But then … being a draft-dodger, he’s already proven to us that he has no respect for the military. What a stalwart example he sets for the masses, eh?  No wonder the U.S. is so hate-filled … it filters down from the top.

Oh, and you know how demanding Trump was that the churches all re-open this weekend?  Well, that was a ploy to please his evangelical base, for Trump himself was out on the golf course again on Sunday morning. Not that I mind … I’m hoping that with all his layers of … er … blubber, the exertion will be too much for him someday, else he’ll get swallowed by a sand trap.

I came across these two cartoons yesterday while on my search for Jolly Monday ‘toons, and thought that, while not appropriate for the non-political Jolly Monday, they would be perfect for a snarky snippets post. 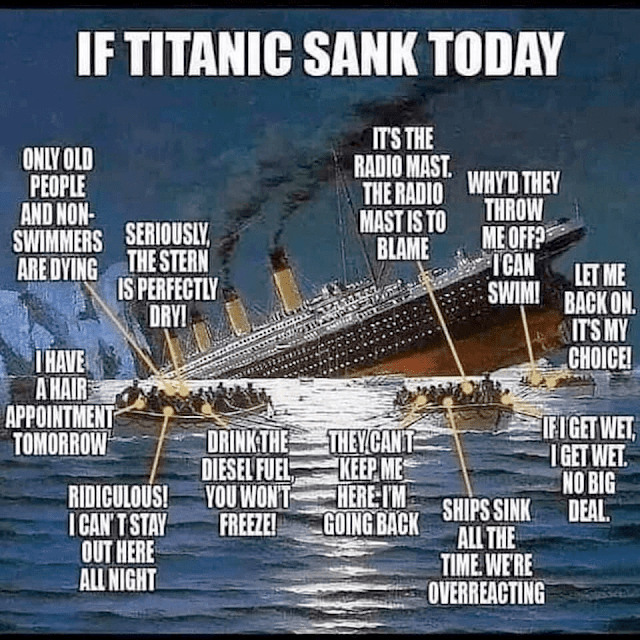