Today is Juneteenth, and I would like to start with a few words from President Barack Obama …

“Juneteenth has never been a celebration of victory, or an acceptance of the way things are. It’s a celebration of progress. It’s an affirmation that despite the most painful parts of our history, change is possible––and there is still so much work to do.”

I planned to write a piece about Juneteenth, but I found that it had already been done, much better and much more authentically than I could possibly have done it, by Jamelle Bouie, an opinion columnist for the New York Times, and former chief political correspondent for Slate magazine.

It was black Americans who delivered on Lincoln’s promise of “a new birth of freedom.” 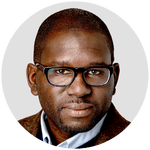 Neither Abraham Lincoln nor the Republican Party freed the slaves. They helped set freedom in motion and eventually codified it into law with the 13th Amendment, but they were not themselves responsible for the end of slavery. They were not the ones who brought about its final destruction.

“Slave resistance,” as the historian Manisha Sinha points out in “The Slave’s Cause: A History of Abolition,” “lay at the heart of the abolition movement.”

“Prominent slave revolts marked the turn toward immediate abolition,” Sinha writes, and “fugitive slaves united all factions of the movement and led the abolitionists to justify revolutionary resistance to slavery.”

When secession turned to war, it was enslaved people who turned a narrow conflict over union into a revolutionary war for freedom. “From the first guns at Sumter, the strongest advocates of emancipation were the slaves themselves,” the historian Ira Berlin wrote in 1992. “Lacking political standing or public voice, forbidden access to the weapons of war, slaves tossed aside the grand pronouncements of Lincoln and other Union leaders that the sectional conflict was only a war for national unity and moved directly to put their own freedom — and that of their posterity — atop the national agenda.”

All of this is apropos of Juneteenth, which commemorates June 19, 1865, when Gen. Gordon Granger entered Galveston, Texas, to lead the Union occupation force and delivered the news of the Emancipation Proclamation to enslaved people in the region. This holiday, which only became a nationwide celebration (among black Americans) in the 20th century, has grown in stature over the last decade as a result of key anniversaries (2011 to 2015 was the sesquicentennial of the Civil War), trends in public opinion (the growing racial liberalism of left-leaning whites), and the rise of the Black Lives Matter movement.

Over the last week, as Americans continued to protest police brutality, institutional racism and structural disadvantage in cities and towns across the country, elected officials in New York and Virginia have announced plans to make Juneteenth a paid holiday, as have a number of prominent businesses like Nike, Twitter and the NFL.

There’s obviously a certain opportunism here, an attempt to respond to the moment and win favorable coverage, with as little sacrifice as possible. (Paid holidays, while nice, are a grossly inadequate response to calls for justice and equality.) But if Americans are going to mark and celebrate Juneteenth, then they should do so with the knowledge and awareness of the agency of enslaved people.

A statue in Galveston, Texas, depicts a man holding the state law that made Juneteenth a state holiday.Credit…David J. Phillip/Associated Press

Emancipation wasn’t a gift bestowed on the slaves; it was something they took for themselves, the culmination of their long struggle for freedom, which began as soon as chattel slavery was established in the 17th century, and gained even greater steam with the Revolution and the birth of a country committed, at least rhetorically, to freedom and equality. In fighting that struggle, black Americans would open up new vistas of democratic possibility for the entire country.

To return to Ira Berlin — who tackled this subject in “The Long Emancipation: The Demise of Slavery in the United States” — it is useful to look at the end of slavery as “a near-century-long process” rather than “the work of a moment, even if that moment was a great civil war.” Those in bondage were part of this process at every step of the way, from resistance and rebellion to escape, which gave them the chance, as free blacks, to weigh directly on the politics of slavery. “They gave the slaves’ oppositional activities a political form,” Berlin writes, “denying the masters’ claim that malingering and tool breaking were reflections of African idiocy and indolence, that sabotage represented the mindless thrashings of a primitive people, and that outsiders were the ones who always inspired conspiracies and insurrections.”

By pushing the question of emancipation into public view, black Americans raised the issue of their “status in freedom” and therefore “the question of citizenship and its attributes.” And as the historian Martha Jones details in “Birthright Citizens: A History of Race and Rights in Antebellum America,” it is black advocacy that ultimately shapes the nation’s understanding of what it means to be an American citizen. “Never just objects of judicial, legislative, or antislavery thought,” black Americans “drove lawmakers to refine their thinking about citizenship. On the necessity of debating birthright citizenship, black Americans forced the issue.”

After the Civil War, black Americans — free and freed — would work to realize the promise of emancipation, and to make the South a true democracy. They abolished property qualifications for voting and officeholding, instituted universal manhood suffrage, opened the region’s first public schools and made them available to all children. They stood against racial distinctions and discrimination in public life and sought assistance for the poor and disadvantaged. Just a few years removed from degradation and social death, these millions, wrote W.E.B. Du Bois in “Black Reconstruction in America, “took decisive and encouraging steps toward the widening and strengthening of human democracy.”

Juneteenth may mark just one moment in the struggle for emancipation, but the holiday gives us an occasion to reflect on the profound contributions of enslaved black Americans to the cause of human freedom. It gives us another way to recognize the central place of slavery and its demise in our national story. And it gives us an opportunity to remember that American democracy has more authors than the shrewd lawyers and erudite farmer-philosophers of the Revolution, that our experiment in liberty owes as much to the men and women who toiled in bondage as it does to anyone else in this nation’s history.