Yesterday, after the second highest number of new cases of the coronavirus in one day in the U.S., the head-in-the-clouds vice president, Mike Pence, told republican lawmakers to “focus on encouraging signs”.  Never mind that there really aren’t any such encouraging signs.  Pence, like far too many others whose salaries we pay, is naught but a Trump sycophant hoping for a few bits to be thrown his way as long as he rolls over when told and is a good doggie.

Meanwhile, the reality is that cases are on the rise in about 20 states, proving that the push to open businesses back up against the advice of experts was a huge mistake.  Two of those states are the two most recently visited by Trump, Oklahoma and Arizona.  Please, Donnie, stay the hell out of my state!  Nobody wants you!

The three ‘men’ who murdered Ahmaud Arbery in Georgia in February have each been indicted by a grand jury on nine counts, including malice murder, four counts of felony murder, two counts of aggravated assault, false imprisonment and criminal attempt to commit false imprisonment.  If convicted on the murder charges, the defendants face a minimum of life in prison and potentially could face a death sentence. 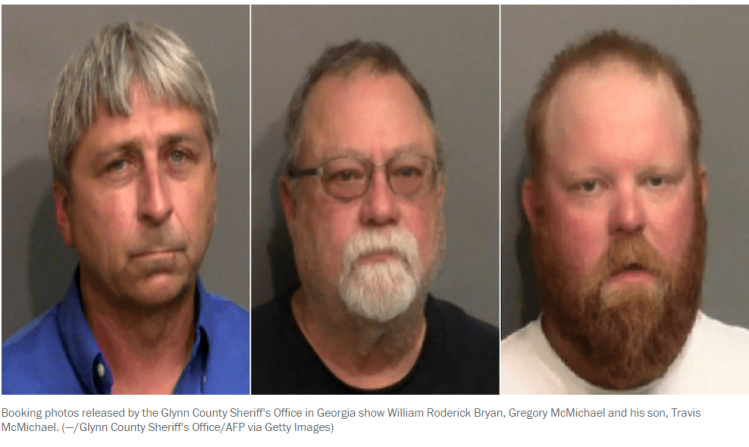 Look like a real bunch of winners, don’t they … especially the one on the far right.  This is a positive step, considering I predicted early on that they would receive no more than a slap on the wrist.  However, I am always amazed when I hear someone say this is “justice for Arbery”.  NO … this is justice, yes, but not for Mr. Arbery who is still dead!  It may be a satisfactory ending, if these three assholes are convicted, for Ahmaud’s family, but it is in no way justice for Ahmaud himself.  Justice for him would have been if someone had stepped forward and stopped the heathens from killing him in the first place.

William Barr, undoubtedly on orders of his ‘boss’, has put the U.S. Marshalls on alert and instructed them to be ready to guard national monuments from protestors who might deface or topple them.  So … just to be clear here … a piece of stone representing a man who fought for the right to own other people, aka slaves, is to be protected at all costs, but when it comes to human lives, our government is indifferent.  Remember that, folks … to Trump, Barr and the rest of the regime, you are worth less than a piece of stone, and less than a long-dead racist.  It’s always good to know where we stand in the grand scheme of things. 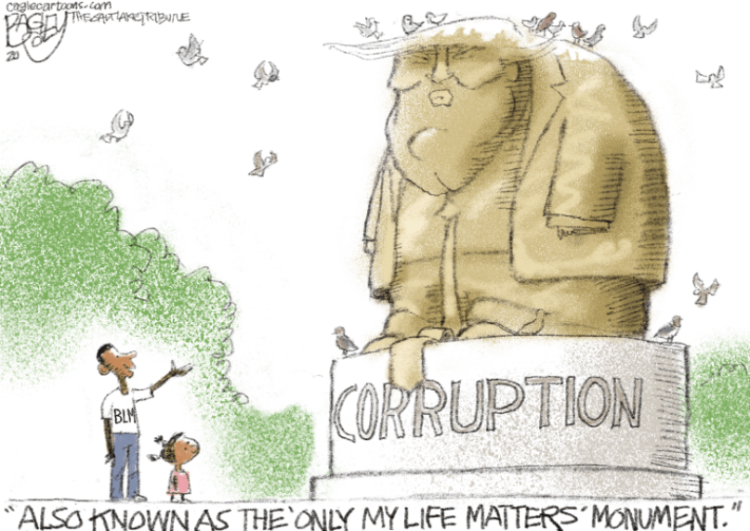 We’re coming into wildfire season out west where rain is scarce this time of year.  Since 2010, there has been a ban on any sort of fireworks at Mount Rushmore, since in years prior to that, wildfires had cropped up as a result of July 4th celebrations that included fireworks.  But, again … lives matter less than show to Donald Trump, and he is determined to hold a celebration at Mount Rushmore in South Dakota this year and he is further determined that it will include a pyrotechnics show.  Mount Rushmore is surrounded by 1,200 acres of forest and lies next to the Black Hills National Forest’s Black Elk Wilderness.

Trump has wanted to do this for the past two years, but until this year, his advisors were able to talk him out of it.  This year, most of the adults have left the room and his advisors seem to be all ‘yes-men’, so … the show will go on.  People will be exposed to the coronavirus and new cases will rise in the days following July 4th.  And there is a very real possibility that a devastating forest fire will be started.  All to assuage the ego of a megalomaniac.  I have no idea what this circus act will cost We the Taxpayer, but you can bet it will be a pretty penny.

Well, it looks like the ignoble, criminal Michael Flynn is a free man and likely to stay that way.  A federal appeals court ordered U.S. District Judge Emmet Sullivan to accept William Barr’s move to pull the plug on the case against Trump’s first national security adviser.  Flynn is guilty, even pleaded guilty, and now he walks free.  But what bothers me most about this is the reason the appeals court gave in its opinion, saying that allowing the case to continue would intrude on the executive branch’s prerogatives to control criminal prosecutions.  WAIT just a damn minute here! 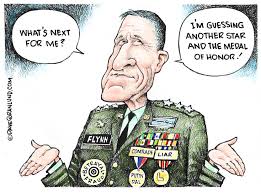 The majority opinion, written by Trump appointee Neomi Rao, went on to say that even scheduling a hearing — as Sullivan had done for next month — was improper under the circumstances because there was no good reason to doubt the government’s decision to reverse course.  No reason to doubt the government???  Seriously???  There is every reason in the world to doubt anything that comes out of either Trump’s or Barr’s mouths!  And since when is it proper for the executive branch to control criminal prosecutions???  The Judicial branch of government is intended to be independent of the executive branch!  What part of the U.S. Constitution does Ms. Rao fail to understand???

How far does this go?  So, if Kellyanne murders her husband, Trump and Barr can order the murder charges against her to be dropped?  Justice?  There is no justice in the United States of Chaos!

And on that note, I shall go try to stop the steam coming from my ears. 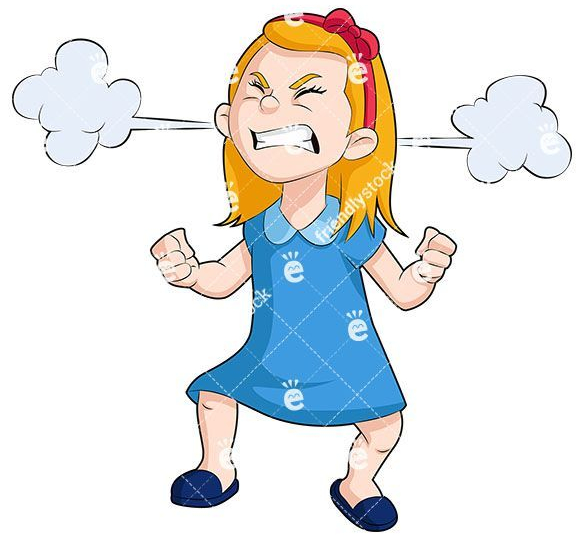 32 thoughts on “Short, Snarky, And To The Point”