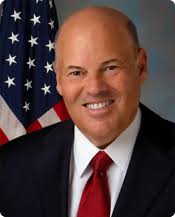 Louis DeJoy is the new Postmaster General for the United States Postal Service.  His qualification for the job?  He bought the position by donating $360,000 to Donald Trump’s campaign fund, and another $70,000 to the Republican National Committee (RNC) just since January of this year.  In total, since 2016, he has donated over $2.5 million to Donald Trump and the RNC.  I have not been able to verify his net worth, but he lives in a $5.9 million mansion, if that tells you anything.  He is not a man who really needs that tax refund check or social security check to be delivered in a timely manner.

Oh, and an aside … DeJoy’s wife, Aldona Wos, has also been given a cushy job in the administration as U.S. Ambassador to Canada, with an annual salary of somewhere between $125,000 and $187,000.

Donald Trump has made clear his intent to privatize the post office since his inauguration. In 2018, Trump issued an executive order to create a task force to investigate the operations of USPS because it “was on an unsustainable financial path and must be restructured to prevent a taxpayer-funded bailout.” This “restructuring” involved a variety of measures including multiple increases in postal rates and the slashing of labor costs.

DeJoy moved into his position as Postmaster General in June, and since then has quietly been making changes that de-emphasize getting the mail out on time.  I have personally experienced several delays in receiving my mail, including one that caused me to be without crucial medication for a brief period.  I can only imagine what others have gone through.

I’ve written before about some of the troubles the USPS has had, particularly since the coronavirus pandemic hit, causing a loss of revenue, mostly from first-class mail and advertising mail.  While it’s nice to get less junk mail, I don’t like knowing what that means for the much-relied-upon postal service. Over two months ago, Congress approved a bi-partisan bill authorizing a $10 million loan to the USPS, but Treasury Secretary Steven Mnuchin has refused to release the money!

Enter Louis DeJoy, who should be standing by the USPS motto, who should be fighting Mnuchin and Trump tooth and nail to get the much-needed funding released by the Treasury Department, but instead he has cut all overtime for postal workers, and has said that if delivering some mail will cause them to be delayed on their routes, they must leave it behind and deliver it another day!

There are two major concerns here.  First, that check or medication you were counting on to arrive today may not arrive until next week, leaving you in a lurch or worse.  Of equal concern, though, is that with just over three months until what is arguably the most important election of our lifetime, and many states offering mail-in voting in this time of pandemic, will we receive our ballots on time, and will they be received at the polling stations on time?  I have voted by mail for several years now, find it a great convenience, and have always had confidence that it was an efficient process.  This year?  I’m not so sure.

My best guess is the issue of mail-in ballots is the main reason that Mnuchin, surely under Trump’s orders, is refusing to release the already-approved loan to the USPS.  In so doing, he is putting lives at risk, and putting our right to vote at considerable risk.  If the USPS has been ordered by its new Postmaster General to “leave mail lying on the floor” in some cases, then how can we possibly have confidence that our mail, our all-important votes, will be delivered? 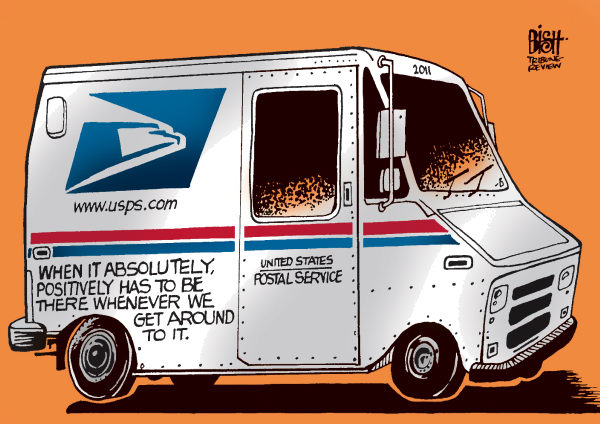 Here’s one of the latest ads by The Lincoln Project, a group of republicans who have seen what Donald Trump is doing to this nation and are putting the good of nation ahead of party loyalty.

39 thoughts on “Neither Snow Nor Rain Nor…”