Nancy Pelosi has said she thinks there should be no presidential debates, and it is a thought I had myself a few days ago. Her reasoning is much along the same lines as my own was, that …

“I don’t think there should be any debates. I wouldn’t legitimize a conversation with him [Trump], nor a debate in terms of the presidency of the United States.”

I agree.  Mostly. Or at least I did. I would dearly love to see Joe Biden tell Trump that he would not lower himself to a debate with such an ignoramus who has never even read the damn U.S. Constitution.  However … can you imagine what Trump would do with that?  He would convince his base that Biden had something to hide or was afraid of him.  So no … it isn’t the right option, but it sure would be fun!

On a brighter note, though, Biden can mop the floor with Trump’s ugly hairpiece if he plays his cards right.  Biden is all the things that Donald Trump is not:  intelligent, compassionate, caring, experienced, and an all-around good man.  For the record, he does plan to participate in all three debates and I fully expect to see Trump make an arse of himself, while Biden shows himself to be a leader.  My biggest concern is that Trump will turn the debates into a three-ring circus as is his wont, and Joe Biden’s intelligent statements will be lost in all the noise and detritus.

We’ll find out soon, for the first debate is in just over a month, September 29th.  Although I rarely watch more than a few minutes of the debates, I think I will have to watch this one in its entirety … unless it causes me to throw my laptop across the room! 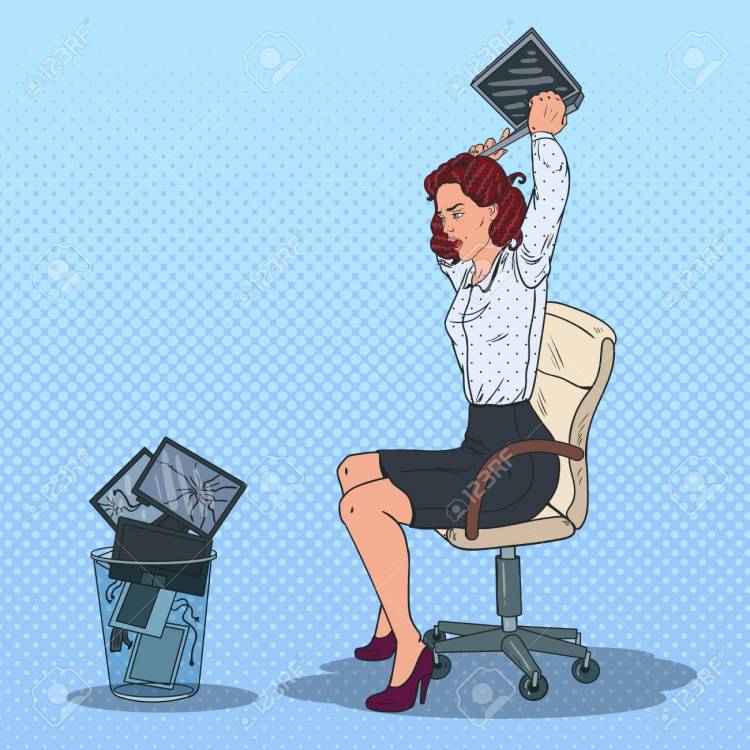 “We can trust him”

It is encouraging to see that some republicans, of the more educated and knowledgeable sort, are fed up with Trump.  Over 100 of late Senator John McCain’s former staff members have signed off on a letter endorsing Joe Biden for President.  A few key parts of the letter …

“We trust that as President, Joe Biden will lead an urgent, comprehensive national effort to contain the COVID pandemic. We trust he will call on Americans to remember our common interests and responsibilities, and not worsen the grievances that have polarized our politics. And we trust that he will defend American interests and values from all enemies, foreign and domestic.

Given the incumbent president’s lack of competent leadership, his efforts to aggravate rather than bridge divisions among Americans, and his failure to uphold American values, we believe the election of former Vice President Biden is clearly in the national interest.”

“We are a group who served in George W. Bush’s administration. We have seen the importance of leadership up close and we know Joe Biden is the choice we need to make in November. Character matters in our leaders. Joe Biden has proven himself over years of public service. We have seen him respectfully reach across the aisle, consider a different point of view and make a thoughtful decision to benefit the nation. Joe Biden is courageous and will tell the American people what we are facing, but will also have a plan to guide us through this difficult time.

Over the past four years we, as a nation, have struggled with truth. Conspiracy theories have been legitimized and facts have been dismissed. The expertise of world-renowned scientists and physicians have been sidelined while the opinions of pundits have been embraced. Meanwhile, more than 170,000 Americans are dead due to this mismanaged crisis. As a nation, we have lost our moral compass. Children should never be separated from their parents and caged for seeking asylum in the US. It is cruel and inhumane. We need to get back to basics: facts matter, there is right and wrong. We can do that with Joe Biden in the Oval Office. He will listen to and work with experts to craft and execute plans to solve problems and ease suffering. Joe will act with integrity, he knows no other way to lead. We can trust him.”

We can trust him.  Think about that one for a minute, folks.  Remember, these are all republicans who have worked under other republican presidents, and yet, they are saying of Joe Biden … We Can Trust Him.  Speaks volumes, doesn’t it?

So many times in recent weeks, I have heard or read comments that “I’m so sick of it all”, “I’m fed up with it all”, “I am going to tune it all out”.  I get it … I’m sick, I’m fed up, I’m exhausted.  BUT … I’m in this fight to the finish!  No, I won’t whine about being exhausted and sick, for I think we all are, and no I won’t quit, just retreat into my shell while the bad guys take over the world!  I’m going to FIGHT, dammit!  If you need to take a break for a day or two, fine, I get that.  But if you give up, if you let the bastards win, then … it’s as if you never entered the fight to begin with.  You cannot rest on your laurels here, for this is a fight to the finish.  Take a break, but don’t drop out, for this is too important … this is about the future of our children and grandchildren, but it is more than even that.  It is about the survival of individual freedom in the United States, it is about our ability to be a part of the larger world, and it is, ultimately, about the survival of the planet, or rather life on Planet Earth.