I have many things swirling around in my head tonight.  Each day, it seems there are new horrors and abominations coming out of the Trump administration, campaign, and Trump himself.  So many that I cannot keep up with them and I wonder if we won’t all just implode before November 3rd!  Perhaps that’s his goal.

So much stupidity … it boggles the mind! 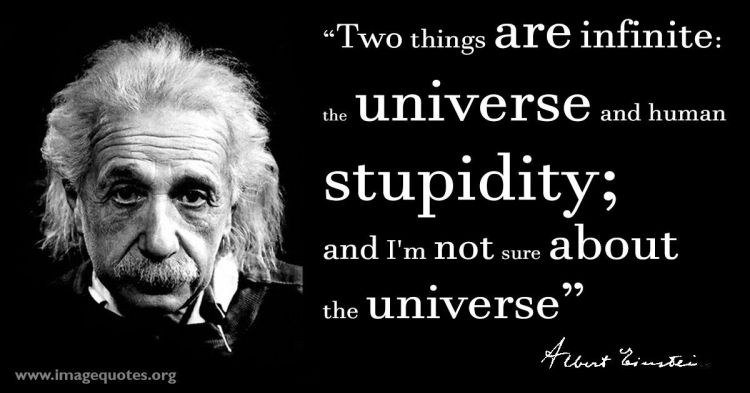 The most recent jaw-dropper came on Wednesday when, speaking in North Carolina to a group of trumpeters, Trump said …

So many points to be made here … where do I even start?  First of all … IF I were willing to risk death by voting in person, DONNIE, I wouldn’t be using a mail-in ballot to start with!!!  Damn but that man is a portrait of stupidity!

More to the point, however, is he just told the people of this nation to break the law!  It is against the law … both federal and state … to cast two separate ballots for the same election!  And as the highest person in the law enforcement community, don’t you think he ought to know that?

And perhaps most importantly, is he saying this just to get people to break the law, to attempt to vote twice, to back his false claim about voter fraud being a huge problem?  Voter fraud isn’t even a notable problem, but he has been claiming it is since before the 2016 election, and he’s still crying ‘Wolf’ today!  Is his ‘advice’ to the people of this nation just a sorry attempt to add more chaos and turmoil to an already chaotic election?

And then, Attorney General William Barr didn’t even understand that what Trump was suggesting was illegal!  Barr’s response when being questioned about Trump’s statement by CNN’s Wolf Blitzer was …

“I don’t know what the law in the particular state says.”

Duh.  And he’s the frickin’ Attorney General???  Another portrait of stupidity!

For the record, folks, if you try out Trump’s idea in real life, you will either be blocked from voting in person or your mail-in ballot will be “spoiled”, and it is quite possible that neither of your votes will count … AND you could be arrested on felony charges.

A few nights ago, my friend Herb introduced me to The Young Turks (TYT) videos, and last night he sent me this one to review.  Take a look and give it some thought, for there are some serious potential ramifications to the delayed counts of mail-in ballots, as well as Trump’s illegal suggestion.

The doc who replaced Dr. Anthony Fauci as Trump’s top medical advisor is Dr. Richard Atlas, who predictably has no background in epidemiology or immunology.  In the past week, Dr. Atlas decided to embrace the theory of “herd immunity” as regards the coronavirus pandemic.  Never mind that the top scientists and medical experts have warned that there likely is no herd immunity for this virus, for Dr. Atlas is Trump’s latest bootlicker who will say what Trump wants us to hear, rather than what we need to hear.

Herd immunity, for those who may not fully understand, is the ideology that if we let everyone be exposed, the old and infirm will die off, and those who survive will be immune to the virus.  Hmmm … as one of those who is ‘old and infirm’, I have a bit of a problem with this philosophy!  I have spent the past six effing months stuck in my house to protect both myself and my family … I’m not about to let a knucklehead like Atlas kill me now!

Of course, those who support this theory say we will protect the old and infirm, keep them somewhere safe, but what they fail to tell you is that we have children, friends, and grandchildren who can very easily bring that virus in to us.  We are not going to be kept from the rest of the world forever!  No, I am not going to go live in some bubble just so Trump can have his bloody economy back!

Dr. Anthony Fauci, who I DO trust with my life, rang in on this ‘herd immunity’ issue on Wednesday:

Listen to Dr. Fauci, folks, not the asshole doing Trump’s bidding.  Our lives have exactly zero value to Donald Trump and his minions, as he has proven time and time again, most notably when he was asked about the U.S. having the highest death toll on the planet, and he responded with, “It is what it is.”  What a guy, eh?

I get a daily newsletter from a writer, Heather Cox Richardson, that is typically a summary of the political news in the U.S. the previous day.  Yesterday’s post led off with an interesting question …

“As I wade through the flood of news today, all of it trying to tilt the playing field toward Trump in the upcoming election, it strikes me there is an elephant in the room that we really need to identify: why is Trump so hell-bent on reelection? He has made it clear he doesn’t particularly like the job. He has no real goals for a second term. He feels victimized by the media and his opponents. He prefers Florida to Washington, D.C., and he really likes to golf. He claims to be wealthy enough to do whatever he wants. So why on earth is he apparently determined to bend our democracy to the point of breaking in order to win reelection to a job he doesn’t seem to want to do?”

She makes some excellent points, I think … he truly doesn’t seem to enjoy actually doing the job, reading briefings, sitting in meetings, listening to experts, and seems to far prefer being at one of his luxury properties golfing and stuffing his face with expensive food.  So … why, indeed, does he lie, cheat and steal to retain the position?  Is it the power?  Is it the fear of the many criminal lawsuits that he’s sure to face once he loses the immunity Bill Barr has given him as a ‘sitting president’?  I don’t know, but it is a conundrum, if you think about it.

I find Ms. Richardson’s newsletter thoughtful and informative, so if you’re interested, you can sign up for it for free here.

23 thoughts on “Stupid and Stupider”