I have an overdose of snark tonight … it is turning my skin green, stopping up my right ear, and making steam come out of my nose!  I think I am not well equipped for life in the 21st century, and in fact I think I may be ill-equipped for life among the human species!  Nonetheless, perhaps because I am too  filled with snark tonight, I have only three brief ones … 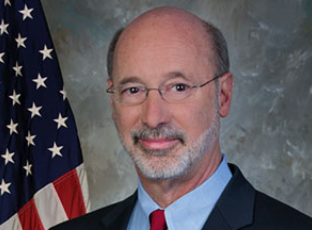 Pennsylvania Governor Tom Wolf is one of the better governors in the nation, in my view.  He cares about the people in his state, and it shows.  Back at the beginning of the pandemic six months ago, he did as many governors of both parties did, ordering restrictions that required people to stay at home, placed size limits on gatherings and ordered “non-life-sustaining” businesses to shut down.  The reason, of course, was to attempt to slow the spread of the lethal coronavirus in his state.  This summer, he has lifted many of the restrictions, allowing businesses to reopen and canceling a statewide stay-at-home order.

In May, a lawsuit was filed by four Western Pennsylvania counties, as well as business owners and lawmakers, and their specific grievances included a March stay-at-home order that required all but “life-sustaining” businesses to close. 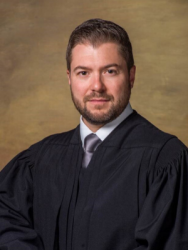 The Pennsylvania Supreme Court had already ruled in Governor Wolf’s favour in a previous, similar case, but this time the case landed in U.S. District Court and was heard by a Trump-appointed judge, Judge William Stickman IV.  Yesterday, the Judge ruled in favour of the plaintiff’s and concluded that Governor Wolf’s lockdown orders had been unconstitutional.

“The court believes that defendants undertook their actions in a well-intentioned effort to protect Pennsylvanians from the virus.  But even in an emergency, the authority of government is not unfettered.”

Even the U.S. Supreme Court has upheld similar stay-at-home orders and forced business closures!  Similar lawsuits have been filed in other states, and after this judge’s grossly incompetent ruling, I would not be surprised if there are even more.  Y’know … republicans are screaming about their “constitutional rights” to keep businesses open, to congregate in bars, churches, and spas, but has it ever occurred to them that the only reason the state even needs to mandate these closures is because the people themselves are too damn stupid to use common sense to keep themselves and their families safe?  Just another instance of fools putting profit over people.

He’s not concerned – he’s far away!

This past weekend, Trump held a couple of his infamous and insidious rallies in Nevada.  The rallies that had been scheduled were cancelled due to state limitations on large gatherings, but Trump finally found a friend with a facility large enough to hold a few thousand people, so the Trump Freak Show was on.  I know little about the rally, care even less about it, but when asked by a reporter asked about the safety factor, Trump claimed …

Nothing about the whether he was concerned for the safety of his supporters, thousands of whom showed up at the rally, or their families or others they might encounter and pass the virus on to, if it spread at his event.  He’s not concerned because he is safe, and to hell with the thousands of his idiotic supporters who apparently also don’t care for their own or their family’s well-being!  Ask me again why I think Trump supporters are lacking in both intellect and common sense!

Nevada’s Governor Steve Sisolak said that the president acted selfishly and irresponsibly, defying emergency directives and endangering efforts to get the state’s economy back on track after the pandemic.  I would have loved to see the Nevada State Police show up and arrest Trump on charges of public endangerment and breaking the law forbidding large gatherings!  And if he resisted, perhaps they could have followed the advice he has given to police officers … “Shoot him!”  Wouldn’t have broken my heart.

Hurricane Sally is rapidly intensifying and slowly edging toward the coastline of Louisiana, Alabama and Mississippi, where it is forecast to push a dangerous surge ashore and unload tremendous rainfall through Wednesday.

Since it is predicted to hit Alabama, at least Trump won’t have to get out his Sharpie this time.

While I do have several more topics on which I could deliver a bucket of snark, I am tired and growly, so I’ve enlisted the help of late night comedian Seth Meyers to give us his take on Bob Woodward’s new book, Rage, the previews, and Trump’s juvenile response.  Heeeeeere’s Seth!

26 thoughts on “Snarky Snippets Is Baaaaack!”