Just a minute … {deep breath}  {another deep breath}  {a series of deep breaths} … okay, I think I’m fine now.  Sorry ‘bout that, folks … I was so mad that I think I forgot to breathe for a few minutes!  Okay, let me back up.  I have concluded that there is something fundamentally wrong with the brains, such as they are, of most republicans.  Yes, nearly half of them were so blind that they voted for Trump last week, but even that pales in comparison to what certain congressional republicans are up to.

First, they are pouring gasoline on Trump’s baseless claims about “massive voter fraud”.  Mitch McConnell is encouraging Trump, saying that he has every right to demand recounts and pursue litigation.  Well, he certainly has the right to ASK for recounts … I’m not crazy about that word “demand”, but in every state but one, I think, the margin by which Biden won is not likely to be altered by a recount enough to make a difference.  Does he have the right to file case after case of non-existent claims of voter fraud?  I think not. It is a waste of taxpayer dollars.  And all his little lawsuits are basically being thrown out of court at a laughable rate.  But what really set me off was …

In Georgia, the two republican senators who will face democratic challengers in runoff elections on January 5th, are calling for the head (resignation) of Georgia Secretary of State Brad Raffensperger, a fellow Republican, because his office said there was no evidence of widespread fraud in the state.  These two senators, David Perdue and Kelly Loeffler, have ‘demanded’ Raffensperger’s resignation … there’s that word again!  Is that all republicans know how to do … demand???  That explains a lot!  Kelly Loeffler, for the record, is not yet an elected senator, and she did not beat her opponent, Raphael Warnock, on November 3rd.  She was appointed by Governor Brian Kemp to replace Johnny Isakson, who retired in 2019. She lost her bid to retain the Senate seat on November 3rd to Warnock by a 7 point margin.  She is also the one, you may remember from previous posts, who is accused of insider trading, selling off stocks after being briefed on the coronavirus pandemic.  Fingers crossed for democratic challengers Raphael Warnock and Jon Ossof to beat the pants off of Perdue and Loeffler on January 5th! 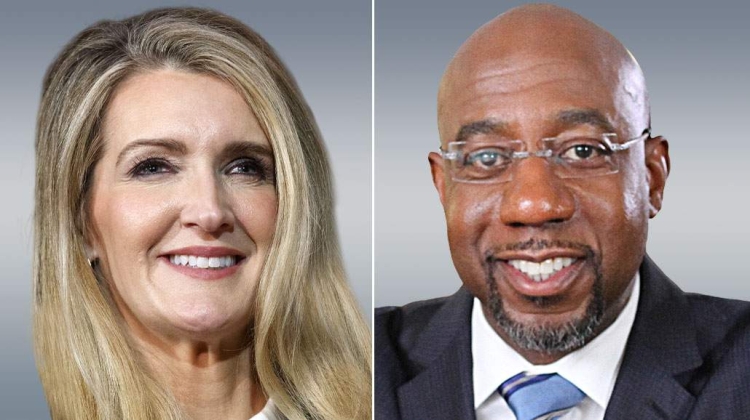 Perdue & Loeffler claim there were “too many failures in Georgia elections this year” but offered not a single shred of evidence to back up their theory.  If, by some chance, both of these fools were to lose their runoff in January, then the Senate would be tied at 50 democrats and 50 republicans, and voting ties would be decided by Vice President Kamala Harris – this is why the congressional republicans are trying so hard – lying, cheating and stealing – to find some way to deny We the People our choice.  And I am furious about it.  DAMN IT, people, we voted and Joe Biden won fair and square.  Period.  Dot.

Raffensperger hit back at the senators’ demand, saying he would not be resigning and calling the accusations of a lack of transparency “laughable.”

“I know emotions are running high, politics are involved in everything right now. If I was Senator Perdue, I’d be irritated I was in a runoff, and both Senators and I are all unhappy with the potential outcome for our President. But I am the duly elected Secretary of State. One of my duties involves helping to run elections for all Georgia voters. I have taken that oath, and I will execute that duty and follow Georgia law.”

WHOA … a decent Republican — one with integrity? Listen up, Mitchie, Lindsey, Matt, Rob, Susan, and all you other boot lickers.

The margin between Biden and Trump in Georgia was 11,413 votes, and thus far no winner has been called in Georgia either by the media or the state.  Doesn’t much matter in the sense that Joe Biden is ahead of Donald Trump even if Trump were to somehow win Georgia!

Now, any normal human being would have, by now, accepted the results and be making plans to do their job to the best of their ability no matter who is president.  Any … ANY other president would have already called Joe Biden and congratulated him on his win.  That is the mark of a man.  Donald Trump is not one of those.  And think about it, folks.  Joe Biden didn’t just win the most electoral votes and the most popular votes … he did so despite numerous adversities and hurdles.  He did so in spite of an out-of-control pandemic that curtailed his ability to hold rallies and speak directly to people.  He did so in spite of Russian influence on social media and elsewhere.  He did so despite the blatant lies that Trump and other republicans made up about him and his family.  And still … he won.  He won, not because of millions of fake ballots, not because election officials threw away Trump ballots … he won because he is a good man, because he has plans for curtailing the pandemic, for taking care of the environment, for ending systemic racism in our police departments, for re-building our education system, and so much more.  He has plans to bring us together, to unify the people of this nation.  This, my friends, is how Joe Biden won – by being honest, by being a man of integrity and values, and by being both intelligent and compassionate, by caring for ALL the people in this country, not just those who swear an oath of fealty to him.

And now, it is time for Donald Trump and the rest of the republicans in Washington to put on their big boy undies, accept their losses, and move on in the fashion of professionals instead of schoolyard bullies.  This nation needs a chance to heal … it will be hard if we have to listen to the voices of fools who have a 7-year-old mentality.