Today, Donald Trump is in the process of attempting to bribe two election officials from Michigan to override the voice of We the People in that state.  This is treason, it is illegal, and if these two election officials take the bait and rescind their certification of Joe Biden as winner in the State of Michigan, they should be arrested, charged, prosecuted, and imprisoned for the rest of their lives.  And if he succeeds in bribing these two to lie, cheat and steal, who will be next?  The election officials in Georgia?  Pennsylvania?  Wisconsin?  If he can convince election officials in any three of those states to lie, to override the will of the people, he might just manage to stay in office, against the will of the people and to the detriment of the entire world.  And WHY???   He has never been fit for the office of the president, has never cared one whit about the people of this country, so why the hell is he so damn determined to lie, cheat and steal to stay in office?  The following column by Bill Press may answer that question.

Get the orange jumpsuit ready: Extra-large! 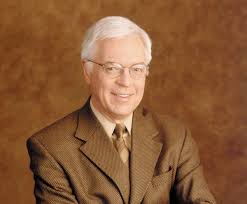 Speculation abounds. His ego can’t accept defeat. He thinks Rudy Giuliani can actually pull this off. He’s trying to rev up his base for the January 5 Senate run-off in Georgia. Or he’s laying the groundwork to run for president in 2024.

Interesting theories, but they’re all wrong. There’s only one reason Donald Trump’s so desperate to stay in the White House: because he knows it’s the only way he can stay out of prison. Once Joe Biden takes the oath of office on Jan. 20, 2021, Trump’s open to prosecution for all the crimes he’s committed, both before and after becoming president. And it’s a long list.

Roll the tape. In a telephone call, Trump tried to bribe Ukraine President Volodymyr Zelensky into opening an investigation into his political rival, former Vice President Joe Biden. The fact that Trump’s Republican friends in the Senate chose not to convict him doesn’t change anything. It’s still a federal crime.

Read the report. The Mueller Report details multiple occasions in which Trump tried to obstruct justice by undermining an ongoing Justice Department investigation. The fact that Trump’s bootlicker attorney general chose not to indict him doesn’t change a thing. It’s still a federal crime for which he can and should still be held responsible.

Check the record. Every day, Trump’s profiteering from the presidency at his golf courses, office buildings, condos and hotels. By accepting money from foreign governments, he’s in direct violation of the Emoluments Clause. Trump’s lease on his Washington hotel is illegal under rules of the General Services Administration. Again, the fact that Attorney General Barr chose not to prosecute doesn’t change anything. They’re still against the law.

And, speaking of federal crimes, what about standing on the sidelines and doing nothing while 11 million Americans are infected with COVID-19 and 250,000 have died from it? Indeed, he’s making matters worse by deliberately downplaying the disease, telling people not to wear a mask, and holding his own super-spreader events. Trump lied, and thousands of people died. If that’s not a crime, I don’t know what is.

Some argue that Trump will never face federal charges because he could resign the presidency and be pardoned by Mike Pence. That’s true. Like Gerald Ford did for Richard Nixon, Pence could give a blanket pardon to Donald Trump – but for federal crimes only. That would not absolve Trump from prosecution for criminal activity at the state level.

Starting with sexual harassment. Since the ’70s, 26 women have accused Donald Trump of “unwanted sexual contact.” Two lawsuits by women against Donald Trump are actively making their way in New York state courts: one by E. Jean Carroll, who accuses Trump of raping her in a dressing room at Bergdorf Goodman; a second by former “Apprentice” contestant Summer Zervos, suing Trump for defamation for accusing her of lying about his sexual abuse.

Both at the federal and state level, in other words, Trump’s in deep criminal doo-doo. He’s headed for the slammer. The only real question is whether President-elect Biden will allow his Justice Department to go there. It’s eerily reminiscent of 2009, when Barack Obama decided not to pursue George W. Bush and Dick Cheney for war crimes – because, he said, it was important to move forward and not focus on the past.

And what happened? Donald Trump concluded you could do whatever you wanted as president, no matter how illegal, and still get away with it. We can’t make that mistake again. As Congressman Bill Pascrell (D-NJ) noted this week, failure to prosecute Trump would “embolden criminality by our national leaders.”

Trump doesn’t deserve to walk out of the White House a free man. He deserves to be behind bars. And not just him, the whole Trump gang: Donald Jr., Eric, Ivanka, Jared, and Rudy Giuliani.