Given that I have a serious case of mind bounce today, I have not been able to focus on any one thing for more than 20 seconds, so instead I will share with you Washington Post columnist Jennifer Rubin’s view of what Trump’s life may be like after he leaves the White House next week.  I take some satisfaction in knowing that it won’t be any bed of roses for him, and knowing that he brought it on himself with no help from anybody else. 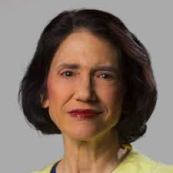 President Trump faces a horrid future. He is the first U.S. president in history to be impeached twice; he lost the popular vote twice; he lost both the House and Senate for his party; and more than 383,000 Americans have died from covid-19 on his watch. He has clearly sewn up the title of “worst president ever.” If found guilty by a soon-to-be Democratic-controlled Senate, he will be unable to run for office again and may lose his post-presidential benefits (e.g., salary, travel allowance). But that is far from his biggest worry.

Trump may be sued civilly or charged criminally for tax avoidance or other financial crimes that state prosecutors in New York are investigating. Depending on the charges, he could face significant fines or even imprisonment. (Trump has maintained that he has done nothing improper.)

Speaking of finances, Trump reportedly has more than $400 million in loans coming due. However, his banks are cutting ties. Deutsche Bank, which holds about $340 million of the debt, and Signature Bank do not want to do business with him. It is far from clear what lender is going to take him on as a client. He might need help from his overseas authoritarian friends.

Trump may also face a federal criminal investigation for seeking to change election results in Georgia during two phone calls with state election officials — one of which was recorded. In addition to potential federal crimes for election offenses, prosecutors will need to look at whether his vague threat of criminal liability in his call with Georgia Secretary of State Brad Raffensperger qualified as extortion.

That was all before we got to his Jan. 6 activities. Federal investigators and the U.S. attorney for Washington, D.C., as well as senior Justice Department officials will need to determine whether there is a basis to charge Trump with incitement to riot or conspiracy to commit sedition. They will look not simply at Trump’s remarks that day, but also his tweet calling for “wild” protests in the capital, his rhetoric after the election and his conduct during the siege, when he failed to issue a clear, unequivocal directive for his people to stand down. (That the president managed to issue a statement on the day of his second impeachment proactively calling for “NO violence, NO lawbreaking and NO vandalism of any kind” makes his hours-long silence on Jan. 6 look even worse.)

Beyond criminal liability, Trump could surely be sued by the relatives of those killed or injured in the siege, or to cover the costs incurred to repair damage. He cannot be sued for “official conduct,” but leading a riot to overturn an election will be difficult to slot into the category of “official duties,” to put it mildly. It was a continuation of his campaign intended to give him a second term, not to effectuate any policy or interest during his existing term.

Even on the slim chance that Trump is never charged with any crime and manages to escape all civil liability, he will be deeply in debt (his original debt plus any costs to defend himself in court). He will also be a social and business pariah, banned from social media and unwelcome in most democratic countries. It is not clear how many people are going to pay to belong to a seditionist’s Mar-a-Lago Club or stay at any of his properties.

One can surely understand why the prospect of losing was so terrifying for him — aside from the humiliation. Quite simply, he faces a miserable post-presidency.

24 thoughts on “A Peek Into Trump’s Future”