Some days, you look at the news and you just want to punch something.  The ‘grrrrrrrrrr’ started this morning when I read that we the taxpayers are paying $3,000 per month for the Secret Service people protecting Ivanka and Jared to rent a bathroom in the house next door, because Jared & Ivanka don’t want them dirtying their house!  My first thought was that then they don’t deserve the protection of the Secret Service … and they don’t, for they are a couple of entitled snobs.  And then, the ‘grrrrrrrrrrr’ got louder as the day progressed.

Has he learned nothing?

You remember Kyle Rittenhouse, right?  He’s the young white supremacist punk who killed two and wounded a third with a gun at a Black Lives Matter protest in Kenosha, Wisconsin.  As I wrote a while back, some influential people with more money than sense posted Rittenhouse’s $2 million bail last November.  Rittenhouse was arraigned January 5th on two felony charges of homicide in the deaths of two men and a felony attempted homicide charge in the wounding of another man.  Pretty serious stuff, yes?  You’d think a 17-year-old kid would be on his best behaviour, quaking in his boots at the thought of what could happen to him.  But not Kyle! 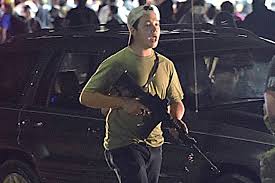 Just 90 minutes after leaving the arraignment, Kyle and his mother were seen in a bar where he was drinking beer (the legal age limit in his home state of Illinois is 21) and flashing white supremacist hand signals to other people in the bar. What kind of mother takes her underage kid who has murdered two people to a damn bar???  Prosecutors have asked the Kenosha County Circuit Court to modify Rittenhouse’s bond conditions.

The office is requesting that Rittenhouse be prohibited from possessing or consuming alcohol or being in any establishment that serves it; be prohibited from making any public display of any “white power” or “white supremacy” signs, symbols, or hand gestures; and not have any contact with any known militia members or members of any violent white power/white supremacist groups including the group identified as the “Proud Boys.”

This kid needs to be locked up for life, and his mother along with him!  And yet, to some he is considered a ‘hero’ … oh yeah, folks, don’t tell me racism isn’t alive and well in the United States … you need look no further than this little punk and those who applaud him.  Grrrrrrrrrrrrrrrrrrrrrrr.

More than a few times, I have criticized (that’s putting it mildly) various evangelical leaders, and Franklin Graham is the one who seems to cross my radar most often.  Now, let me state in advance that I am not a Christian, not religious at all, however I respect other people’s right to their beliefs as long as they don’t try to inflict them on others.  Franklin Graham is an idiot extraordinaire, and once again he seems intent on proving my point.

“Shame, shame on the ten Republicans who joined with Speaker Nancy Pelosi and the Democrats in impeaching President Trump yesterday. After all that he has done for our country, you would turn your back and betray him so quickly? We have never had a president like him in my lifetime. He gave us lower taxes, a strong economy, and low unemployment. He made NATO take notice and pay their own way. He had the guts to take on North Korea and meet with their leader personally. He didn’t let China walk all over us. Just his Mideast peace initiatives in the last couple of months deserve a Nobel Peace Prize. He has defended religious liberty like no president before him, and that matters to all people of faith. He has worked to bring prison reform and secured our southern border. He defeated the ISIS caliphate in Syria, and he strengthened our military. He was also the most pro-life president we have ever had. But the House Democrats impeached him because they hate him and want to do as much damage as they can. And these ten, from his own party, joined in the feeding frenzy. It makes you wonder what the thirty pieces of silver were that Speaker Pelosi promised for this betrayal.”

Well, I wonder if Mr. Franklin has been living in some alternative universe?  The hell of it is, though, that with over 9.5 million followers on Facebook, some will undoubtedly buy into his trash talk and some will no doubt join the planned insurrection next week, fully believing that they are doing ‘god’s work’.  Grrrrrrrrrrrrrrrrrrrrrrrrrrr.

And speaking of religious freaks … 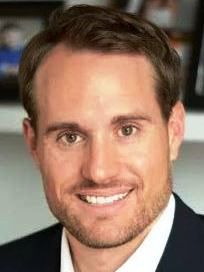 Brandon Burdon, pastor of Kingdom Life church in Frisco, Texas is less well-known that Franklin Graham, but no less a lunatic.

During a long rambling sermon just days after the Capitol coup, he told his (maskless) congregation to stock up on weapons, celebrated a God-ordained siege of Washington, spoke in tongues to give his statements added oomph, claimed Apple would create a national blackout, railed against FOX News and Mitch McConnell for not being conservative enough, urged everyone to stock up on generators and food, and said with absolutely certainty that Donald Trump would be president for eight straight years.

“We are locked and loaded at the Burden house.  We have an executive order — not from Congress or D.C., but from the desk of the CEO of heaven, the boss of the planet. He said from his desk in heaven, this is my will; Trump will be in for eight years.”

Is it any wonder that I often say religion is the cause of most wars and most hatred in the world?  I wonder how many people from Frisco, Texas will be among the gun-toting nuts planning to converge on D.C. next week?