I fully intended to do a Saturday Surprise post for this morning, knowing that we could all use a break from the news of the moment, but try as I might, I was not able to do one.  Sure, there were some funny cat pics, a few humorous stories, but … sorry, my friends, maybe next Saturday.  For today, I am just not able to switch gears.  I hope you’ll forgive me.

Guess what?  Yet another lie … a BIG one

Secretary of Health and Human Services, Alex Azar, has handed in his resignation, claiming that, “The attacks on the Capitol were an assault on our democracy and on the tradition of peaceful transitions of power.”  However, lest you think Alex has suddenly found a conscience, he hasn’t … it’s a symbolic move only, for his resignation is effective at noon on January 20th, the moment of Joe Biden’s inauguration, at which time he would be out of a job anyway.  But there’s more here than just Alex Azar’s resignation, for he dropped a bombshell yesterday when, in an interview with NBC News, he said that the ‘stockpile’ of the coronavirus vaccine that Trump has promised exists, actually does not exist at all.

Funny that just three days prior, on Tuesday, Azar himself said that the federal government would begin releasing coronavirus vaccine doses that had been held in reserve for second shots.  There was no reserve.  Alex Azar knew there was no such reserve when he said that barefaced lie.  Is there any single member of the Trump administration who isn’t a consummate liar?  Was that one of the job requirements, that candidates must be able to tell whopper lies while keeping a straight face?  Or was there a ‘Trump School of Lying’ where they learned to emulate the Oaf in the Oval?

So, what does this revelation mean?  It means that states, believing the lie of the reserve, expanded the groups eligible to receive the first dose of the vaccine, and now … there is no second dose.  If it weren’t so damn tragic, you’d almost have to laugh at the name of the group responsible for distribution of the vaccine to the states:  Operation Warp Speed.  Warp speed, I thought, meant fast, but like everything else Trump and his cronies have touched, this has been a disaster from day #1, and far fewer people have received the vaccine than should have.  And now, we find they bungled the procurement and there are no second doses to be had.

Way to go, Trump, Kushner, Pence, Azar, and all the rest.  Obviously, our lives are naught more than pieces on a chessboard to you.

And speaking of idiots and the coronavirus …

Tommy Tuberville is a newly elected Senator from the state of Alabama.  Tommy is 66 years of age … most people would be using Tom or Thomas by now, but Tommy is a good ol’ boy and he likes to be called Tommy. 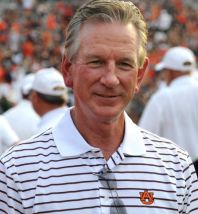 Now, ol’ Tommy took his seat in the United States Senate on January 3rd, and within days, he joined a group of Republican senators attempting to overturn Democratic President-elect Joe Biden’s victory in the 2020 presidential election based on Trump’s outright lies of voter fraud.  Wouldn’t you think he’d try to learn his job before trying to overthrow the government???  And while most of the Republicans who planned to contest the election results in various states on January 6th backed off after the horrific attacks on the Capitol that evening by Trump supporting terrorists, not ol’ Tommy!  He stuck to his guns and contested the election results in both Arizona and Pennsylvania.  He showed us what he is made of – sawdust.

And yesterday, Tommy got himself in the news again.  I should think it would be a requirement that every single member of Congress should have read the U.S. Constitution at least once, for Pete’s sake!  On Friday, Tommy had been touring hospitals in Alabama … supposedly to get updates about the coronavirus, which he could have done from his office, but whatever.  After one of the tours, he gave an interview to an Alabama television station where he said that he thought the inauguration of Joe Biden and Kamala Harris should be postponed until “a little later on after we got this virus behind us a little bit.”

Say WHAT???  First of all, MR. TUBERVILLE … the United States Constitution, a document that you obviously have NOT read, directs the exact time and date of the inauguration:  noon on the 20th day of January.  Second, MR. TUBERVILLE … Donald Trump has bungled the federal response to the virus so badly that half of our population may be dead by the time the virus is “behind us”!  For the past year, Trump and his cohorts have not done a single damn thing to stem the surge of this virus, and as a result the U.S. has the highest number of cases and the highest death rate on the planet, despite the fact that we have only about 4% of the world’s population!  Donald Trump has no plan, has never had a plan to either control the virus or to distribute the vaccine.  Furthermore … he has begged people to risk their lives by not wearing masks … he has called the pandemic a hoax, has lied so much that nobody even listens to him anymore!  Joe Biden has a plan to help stem the surge and to distribute the vaccine.  He HAS A PLAN, which is far more than Donald Trump has ever had!  Why in hell would you want to delay inaugurating Joe Biden … are you really so stupid?

I honestly believe we need to amend the U.S. Constitution to say that every person elected to or appointed to a federal office MUST pass a test on the U.S. Constitution.  The entire document, including amendments, is just over 8,000 words.  I have read it more times than I can count, and I still have to consult it on occasion to answer a question.  Consider this … an immigrant applying for citizenship to this country knows more about the document that is the foundation of our government than half of our elected representatives, and that includes the ‘man’ who has been calling himself ‘president’ for the last four years!

Since I wasn’t able to give you a nice humorous Saturday Surprise post, I do have a few ‘toons for you that I nabbed from our friend Scottie’s post yesterday … 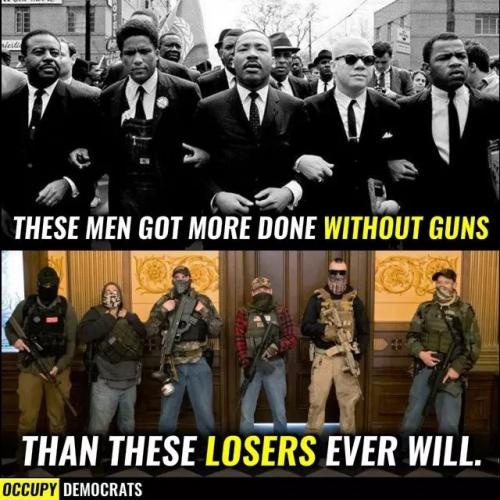