This is a repeat of my 2017 Groundhog Day post.  I considered writing a new one, but after I read this one, and it even made me laugh, I figured I couldn’t come up with anything better, so why re-invent the wheel, eh?  If you remember this from last year, or the year before, or the year before … pretend you don’t and read it again, laugh again, okay?  We need to find humour these days …

“Ground Hog Day is tomorrow. We’re the only country that accepts weather predictions from a rodent, and denies climate change facts by scientists.” – Alt-NOAA (National Oceanic and Atmospheric Administration)

Good morning!  Today is a very special day, so I am setting aside my usual fare for this morning’s post to pay due respect and homage to none other than Pennsylvania’s own … {drumroll} … {applause} … Punxsutawney Phil!!!!  A brief summary of the legend and the history for my friends across the pond who may not know about Phil:

On this day in 1887, Groundhog Day, featuring a rodent meteorologist, is celebrated for the first time at Gobbler’s Knob in Punxsutawney, Pennsylvania. According to tradition, if a groundhog comes out of its hole on this day and sees its shadow, there will be six more weeks of winter weather; no shadow means an early spring.

Groundhog Day has its roots in the ancient Christian tradition of Candlemas Day, when clergy would bless and distribute candles needed for winter. The candles represented how long and cold the winter would be. Germans expanded on this concept by selecting an animal–the hedgehog–as a means of predicting weather. Once they came to America, German settlers in Pennsylvania continued the tradition, although they switched from hedgehogs to groundhogs, which were plentiful in the Keystone State.

The line of groundhogs that have since been known as Phil might be America’s most famous groundhogs, but other towns across North America now have their own weather-predicting rodents, from Birmingham Bill to Staten Island Chuck to Shubenacadie Sam in Canada. 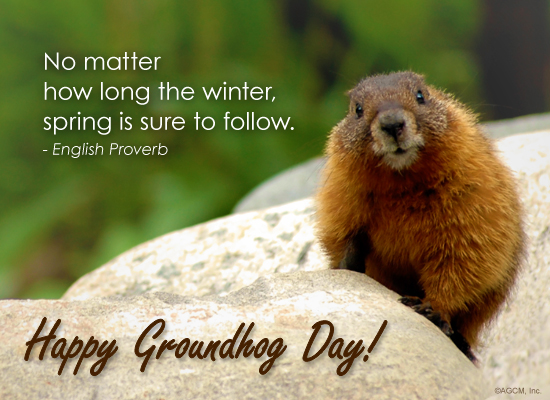 I used to say that Groundhog Day was my favourite holiday, mostly because it did not require a lot of effort on my part … no huge meal to cook, no presents to buy and wrap, no tree to decorate or lights to string.

I happened across a humorous piece I thought you might enjoy.  Scott Feschuk, a Canadian speechwriter, humourist and former newspaper journalist, wrote this satire piece after hearing Trump’s rather ridiculous speech on black history.  It is his take on what a speech by Trump to commemorate Groundhog Day might be like:

“Well, this is Groundhog Day, so these are just a few little notes I want to share with you. On this day, we honour the tremendous history of groundhogs throughout our country. Throughout the world, if you really think about it, right? Because that’s where groundhogs are and where they live. Here but also there. Everywhere, really, except not exactly everywhere but almost.

Mostly in the ground though, on or it, or in the vicinity – which is why we call them that. Groundhogs. Right there in the name.

They’re incredible animals and their incredible example is unique in many ways. So many unique ways that honestly there’s no point in me examining any of them in any detail. We all know. We all know bigly.

The groundhog from the movie Groundhog Day is an example of a groundhog who’s done an amazing job and is being recognized more and more, I noticed. Big impact. But all groundhogs – big impact on the seasons and the changing of the seasons. There are several seasons and we all know what they are.

I do very well with groundhogs, by the way, not that you’d know from CNN which is fake news and disgraceful. But I do substantially better than others have done. They hear me talk about underground life—it’s horrible, life is short, you can get killed by a wolf on the way to pick up an acorn. They hear me and they love me.

The groundhog is cherished. I am very proud of the fact that people in America can learn about groundhogs, and many other things. And they can learn about their many, many accomplishments, which we celebrate on this day, which is why it is called Groundhogs Day and is so special.

I’m proud to honour our groundhog heritage and will be honouring it more and more. Like I said before, a groundhog is an animal—much like a fox is also an animal. And Fox News has treated me very nice. Wherever Fox is, thank you.

Omarosa saw a groundhog once.”

So there you have it.  Everything you always wanted to know about Groundhog Day and more!  For the record, though I am not a cute, furry little animal that lives in holes in the ground, my prediction is that the sun has taken a permanent vacation.  Here, we have had exactly one sunny day since January 20th.  One.  Just ONE!  I think the sun came out, saw something evil, and went back behind the clouds for protection. 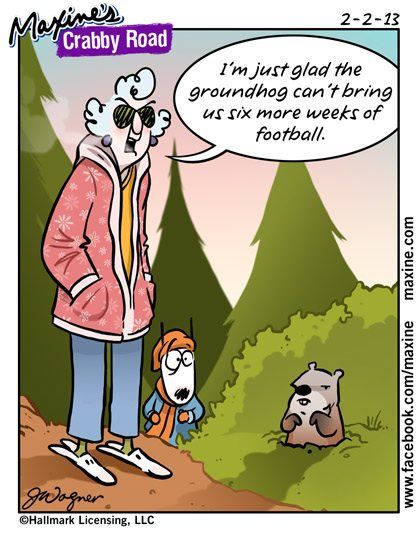 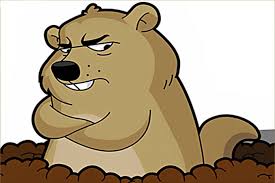