I don’t feel like writing about political issues or anything too serious tonight, and since I have skipped over Saturday Surprise this week and several other weeks in recent memory, I am doing Saturday Surprise on Sunday!

I found an interesting form of art tonight … food art.  Italian artist Valeriano Fatica chose food as his medium. In his talented hands, watermelons, pumpkins, potatoes, carrots, avocados, cheese, truffles, and even tiny coffee beans turn into incredibly detailed sculptures that look just too good to eat.  Bet you can’t guess what the one in the header image is?

“I am Valeriano Fatica, I carve mostly fruit and vegetables, but I also carve cheese, clay and rock.

I was born the 20th of november 1988 in Oratino, where I actually live, in Molise, a small and almost unknow region of Italy. Since I was a child I used to draw, and I dreamt of becoming a mangaka. But after I started the Art High School I realised that I had a true passion for sculpures. In 2011 I started working in my family’s restaurant “La Roccia”, and at the same time I started carving watermelons for the bouffets, after seeing my brother’s old carvings. After an year and a half, on Dargen D’Amico’s advice, I opened my youtube channel Ortolano Production (now called Valeriano Fatica – Fruit Carver)and I started sharing my passion with all of you.”

And now, let’s look at a few of these amazing creations … 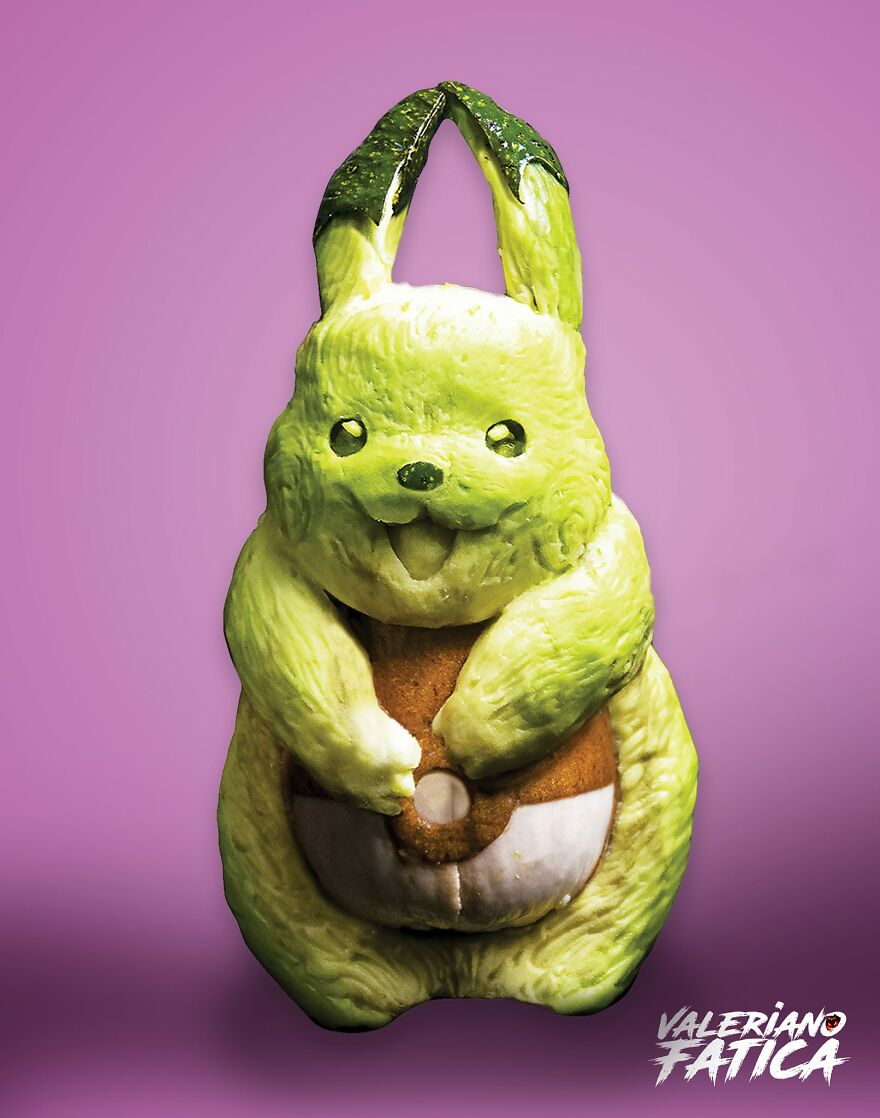 Pikachu made from avocado

Turtle carved from watermelon with a berry surprise under his shell! 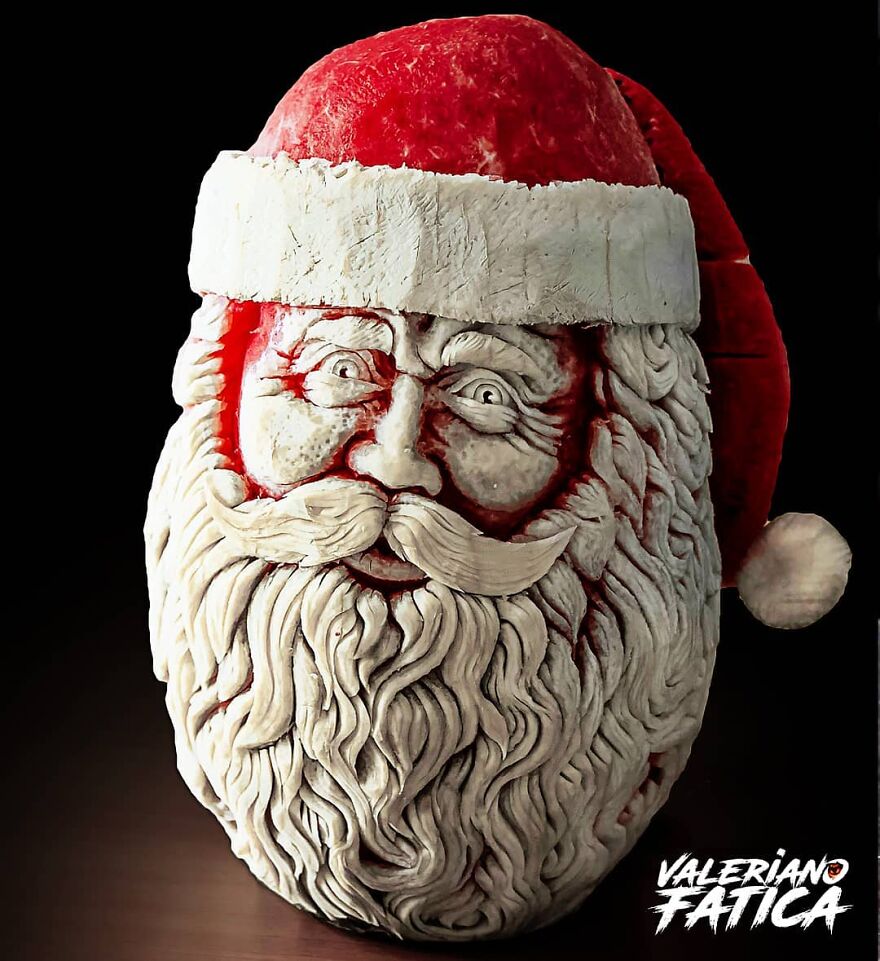 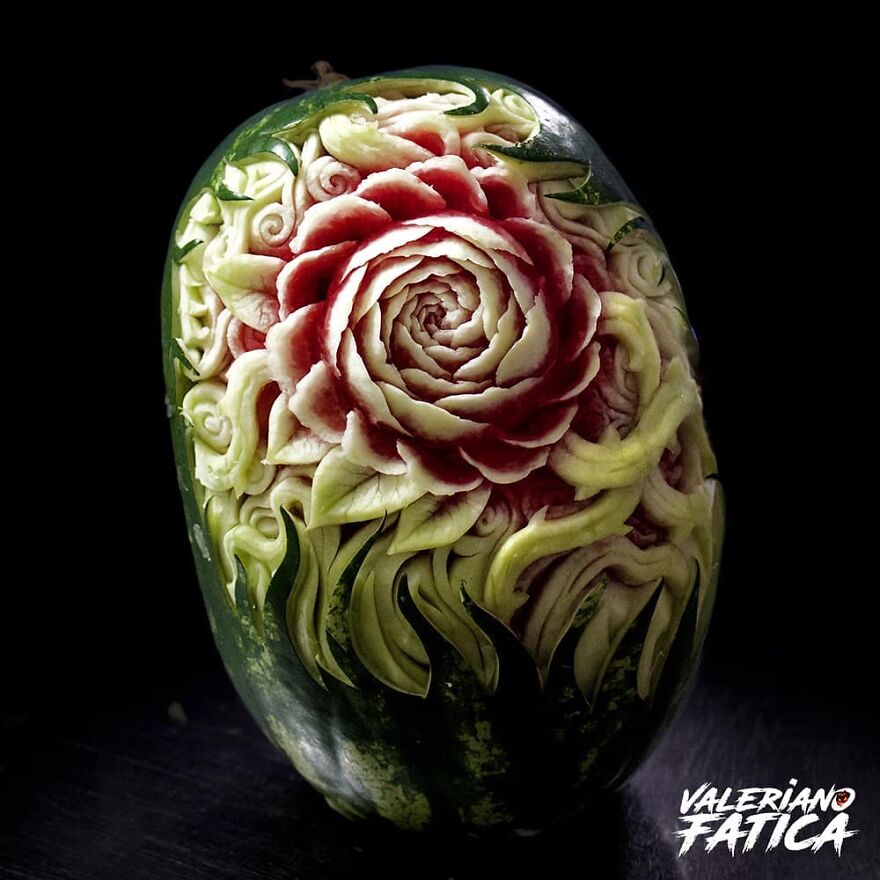 And from watermelon … a rose! 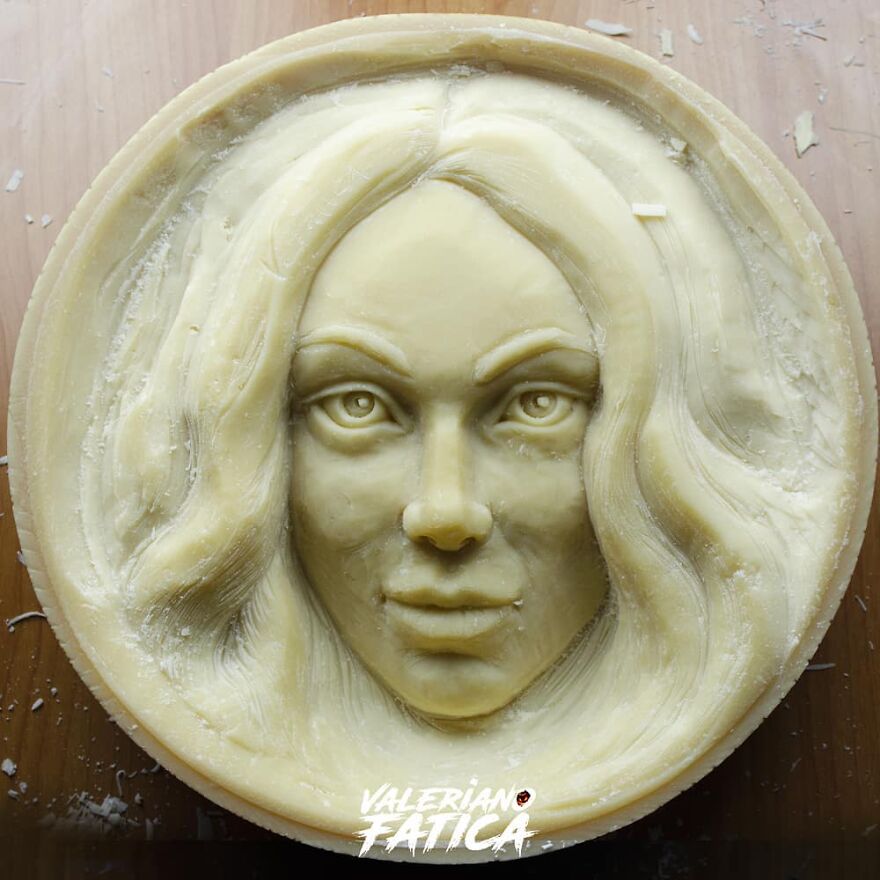 Mount Rushmore from a 1.5 kg truffle! 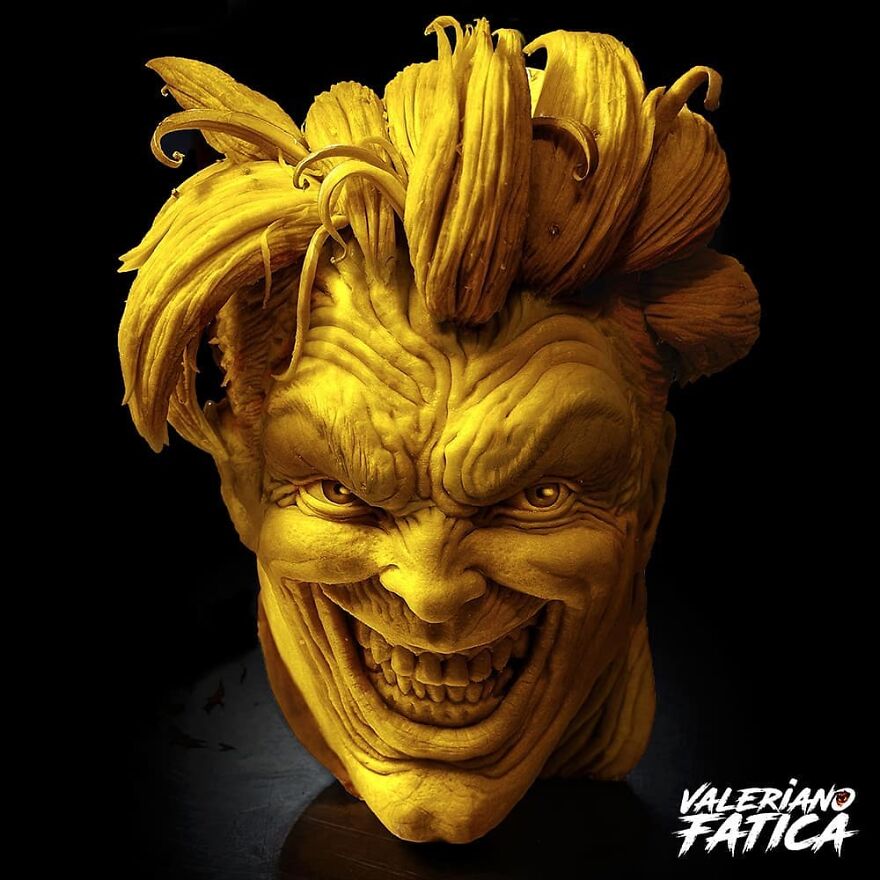 The Joker (from the Batman movie/series) carved from cheese

the head of Thanos, carved from a coffee bean … look how tiny!

And here’s a very short video clip showing how he created Mount Rushmore out of a 1.5 kg (3.3 pounds) truffle (no, not the chocolate sort, the fungal sort).

Pretty cool, yes?  I encourage you to take a look at his website for more about the man and his art!  Meanwhile, have a happy Sunday!

25 thoughts on “Saturday Surprise … On Sunday!”