I had no song in my heart tonight … still seething and grieving over the wolves … and had decided to skip my music post today, when our friend Michael (Oikos-Editorial) from Germany commented on the Billy Joel song I played a few nights ago, Honesty, and said he also liked this one by Joel.  Well, the title didn’t start any fires in my poor ol’ tired mind, but when I listened, I remembered the song well and … the rest, as they say, is history.  Thank you, Michael, for salvaging my music post today!

Billy Joel gets a lot of song ideas in his dreams, and often struggles to remember them when he wakes up. For this song, however, he woke up with the song in his head, but tried NOT to write it …

“I thought, Who the hell am I to try to pull off this gospel song, so I took a shower to wash this song away. I sang it in the shower and knew I had to do it.”

Hey … I sing in the shower!  D’you think I might have a hit song just waiting to be released?

This is a very spiritual song where Joel, who identifies himself as an atheist, includes some biblical imagery, including the line, “Through the valley of fear,”  Joel also says that the river is a religious image, as “there’s baptizing in a river and you have to cross the river – people are getting dunked in the river and there’s rivers of blood.”

The cover of the River Of Dreams album was painted by supermodel Christie Brinkley, who was Joel’s second wife.  I did not know this! 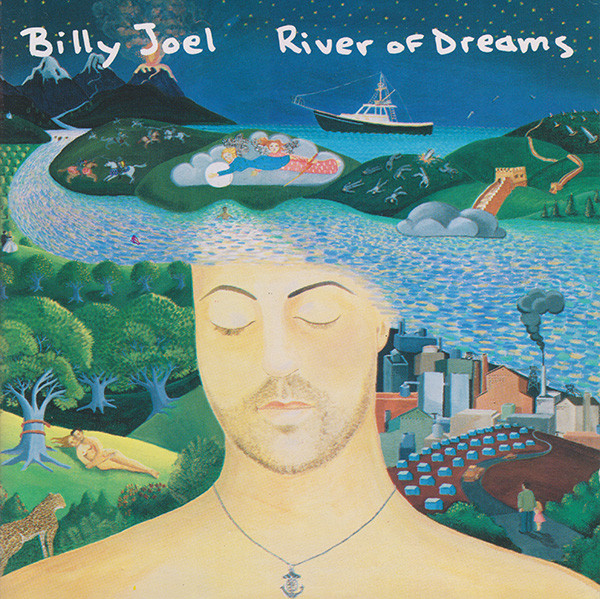 Joel performed this song at the Grammy Awards ceremony in 1994, where it was up for Record of the Year (it lost to Whitney Houston’s “I Will Always Love You”). Joel, backed by a large gospel choir on a set designed to look like a church, used the false ending about two-and-a-half minutes into the song as an opportunity to make a point: instead of waiting a beat and continuing the song, he stopped cold, looked at his watch and said, “Valuable advertising time going by… dollars.” Joel later said that he was protesting because producers cut off Frank Sinatra’s acceptance speech earlier in the telecast when Sinatra was given a Legend Award.

This song did well worldwide … it reached #3 in both the U.S. and UK, and #2 in Canada, Austria, Ireland and Switzerland, and hit #1 in New Zealand.

The River of Dreams
Song by Billy Joel

In the middle of the night

I’m not sure about a life after this
God knows I’ve never been a spiritual man
Baptized by the fire, I wade into the river
That runs to the promised land

In the middle of the night