Two things along similar lines caught my eye today, both dealing with the income disparity in the U.S.  The first was an email/newsletter I received from Robert Reich about how this nation’s people are suffering in numerous ways that could be alleviated if only the wealthy paid their fair share in taxes.  This is a topic I’ve addressed before and in my opinion, it is criminal that the top 1% of the wealthiest people in this country pay relatively almost no taxes, while those of us working hard just to survive pay the bulk of the taxes.

The second thing that drew my attention was a post by our friend Keith based on an article in US News called “The upward mobility ‘American Dream’ has been broken. Look at the numbers” by Bella Cangelosi.  The article outlines how far the U.S. has fallen in so many areas, largely because, again, the wealthy and corporations have been given so many tax dodges disguised as deductions that the nation can no longer afford to provide a helping hand to those who are trying to better their lives.

Below is Reich’s newsletter, and I hope you’ll take a few minutes to read Keith’s excellent piece.

The United States is the richest country in the world, with financial assets more than 400 times greater than the poorest country per capita.

So why can’t we afford universal health care, high-quality affordable childcare, and free college, like virtually every other developed country?

The truth is that we can afford those things and much more, but Republicans have blocked them for decades with a Big Lie: the government is broke, and there’s nothing we can do about it.

But America is not broke. The problem is that the top 1% of people own 44% of the country’s wealth but pay the lowest tax rate. That’s why Elizabeth Warren and Bernie Sanders have proposed a small, common-sense wealth tax that will take just a few pennies on every dollar over $32 million (Sanders) or $50 million (Warren) so America can finally meet the needs of working people, just like every other country does.

The amount of money consolidated in the hands of the wealthiest people in the U.S. is hard to fathom. Just 400 people in this country control $3.2 trillion, which is more money than the bottom half of Americans. The top 10% controls 75% of the wealth.

And every day, that wealth grows into even more wealth, just by sitting in investments and taking advantage of the stock market. Jeff Bezos makes nearly $150,000 every minute by doing nothing.

While the rich get exponentially richer, those in the bottom 50% are getting crushed by the pandemic economy, creating the worst wealth inequality in history. And in the next thirty years, the ultra rich of the Boomer generation will pass down their fortunes to their children in the biggest transfer of wealth ever known.

This is the dynasty-building that the founding fathers were trying to avoid when this country began. These ultra wealthy use their money to exert outsized control over charities, the government, and business trends, making them de facto rulers in the U.S.

Worse, thanks to decades of the fairy tale of trickle-down economics culminating in the Trump tax cut, the wealthy pay nowhere near their fair share to keep the country going.

The majority of taxes that fund the government come from payroll and income taxes, but that’s not where real wealth is made or stored. That’s why the ultra wealthy have been experiencing exponential growth in their holdings while the government has been cutting programs and building the deficit.

No billionaire is going to suffer under either of these plans — even under the highest tax rate, Jeff Bezos and Bill Gates will still be worth tens of billions of dollars. That’s more money than most people could spend in a lifetime. But the tax dollars can pay for the basic items other countries take for granted that we’ve been denied: Universal health care. Childcare. Higher education.

The programs paid for by the wealth tax will both slow the money-hoarding taking place at the top and give the bottom 50% the programs they need to be able to build savings and eventually their own wealth. 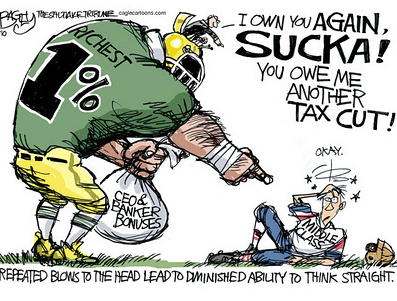 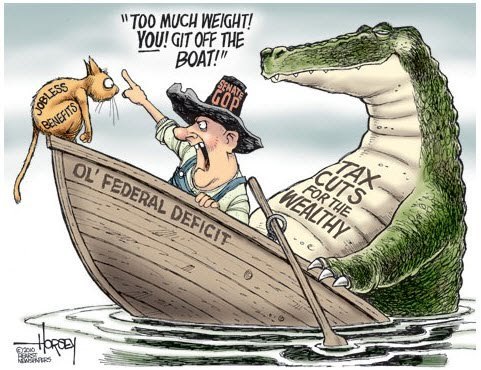 31 thoughts on “The Wealthy Are Killing Us”