Whenever we have a mass shooting in this country, the first thing out of the politicians mouths is “thoughts and prayers”.  Useless, meaningless, but it makes them appear to be empathetic and compassionate.  Then, following on the heels of those thoughts and prayers, in response to the inevitable hue and cry for stricter gun regulations, their response is that “now is not the time …”  YES, NOW is precisely the time!  What better time, for Pete’s Sake, and since we now seem to average a mass shooting per day, when IS the time to talk about regulating guns?

Take a look at the chart from the past week or so from the Gun Violence Archive. In the week between March 16th, the date of the Atlanta shootings that killed 8, and March 22nd, the date of the Boulder shooting that killed 10, there were eleven mass shootings killing a total of 27 people and injuring 38.  Think about that one, folks … think long and hard about it.  And yet, Congress will not pass a ban on assault weapons, will not even pass stricter background checks!  Not today, not tomorrow, not next week when the nation sits, glued to their televisions, watching footage of the latest shooting.  In total, there have been 104 mass shootings in the U.S. since the beginning of the year, and 9.656 people have died in the U.S. as a result of guns in just the first 83 days of 2021.  That’s an average of 116 preventable deaths per day!

Gun laws highlight one of the numerous differences between congressional Republicans and Democrats.  Typically, it is the Democrats in Congress who are for banning the sale of assault weapons, implementing more widespread background checks, limiting the number of guns a person can own, and banning guns from those who have been convicted of domestic abuse.  The Republicans, on the other hand, want no part of any of the above.

But the latest excuse on the part of Republican lawmakers for not enacting stricter gun legislation is astounding.  Some on the Hill claim that gun restrictions are … racist!  According to Buzzfeed …

GOP senators on Tuesday framed gun control as part of a long and racist history of restricting the rights of minority groups during a Senate Judiciary Committee hearing on gun violence. While they still put forward traditional arguments that gun laws infringe on Second Amendment rights and punish law-abiding gun owners, much of their questions to witnesses focused on minority communities needing guns to protect themselves.

“Very often, inevitably in American history but even prior to American history, we’ve seen it’s rarely the empowered, very rarely the wealthy or those with political connections to the government, who have their rights interfered with,” said Republican Sen. Mike Lee.

Chris Cheng, a witness invited by Senate Republicans and a sports shooter who won the season four championship of the History Channel show Top Shot, related gun control to a historic pattern of infringing on minority rights that included the incarceration of Japanese Americans during World War II. “We need to defend ourselves,” he said.

And now I’ve heard it all … every possible excuse in the book to allow unlimited killing machines in the hands of every man, woman and child.  Over the past several years, it has been the GOP who have shown themselves to be the most racist … remember how Senator Ron Johnson wasn’t afraid of the domestic terrorists who attacked Congress on January 6th, but if they had been Black, then he said he would have been afraid.  But wait … there’s more.

In South Carolina, state senator Tom Corbin has a proposal to make sure no federal law can ever seize guns — make everyone over 17 who can legally own a gun a member of a militia.  South Carolina’s constitution allows the governor to call up an “unorganized militia” of any “able bodied male citizens” between ages 18 and 45. State Sen. Tom Corbin’s proposal would automatically expand membership to everyone who is over 17 and could own a gun.

Supporters of the bill said if everyone is a member of a militia, then they all fall under the opening clause of the Second Amendment of the U.S. Constitution that starts “A well regulated Militia.” That way a federal law restricting weapons would not apply in South Carolina since almost all residents would be in the unorganized militia.

James Madison, who initially proposed the 2nd Amendment, would surely be aghast at how it has been interpreted ever since the inception of the National Rifle Association (NRA) in 1871.

The wide disparity between Republicans and Democrats’ views on gun legislation all but ensures that, once again, nothing will be done.  The majority of people in this country support stronger gun laws, are tired of seeing people killed time and time again, yet the politicos aren’t listening to their constituents.  Senator Mitt Romney of Utah has received $13,647,676 from the NRA, and nearly every Republican member of Congress has accepted NRA donations and … has an A-rating with the NRA, while nearly every Democrat has an F-rating.  Does that tell you something?

I can’t even ask you to write or call them on this, for it won’t change their minds.  What I do ask is that you vote the bastards out next time you head to the polls!  Choose representatives and senators who put our lives ahead of their own profits. 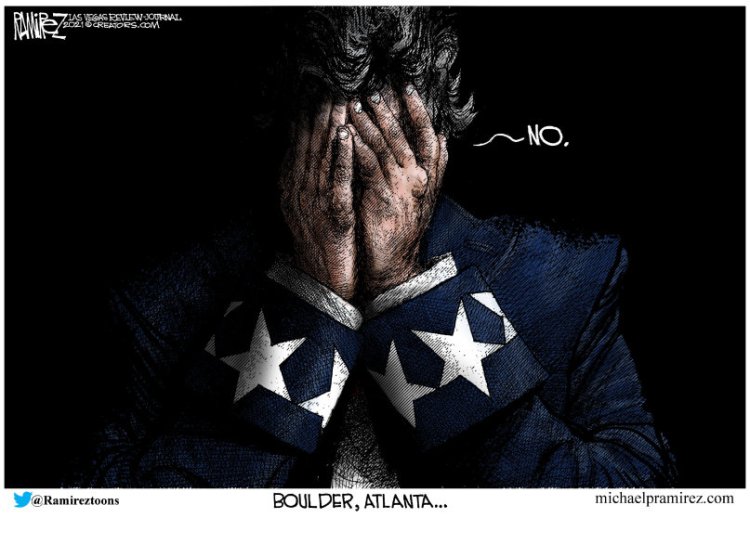