Persona non grata – even by Republicans!

I hear that Mike Lindell, that infamous pillow dude who was a chief boot-licker of the former guy, isn’t doing so well these days.  First, back in February he was sued by Dominion Voting Systems for $1.3 billion in a defamation suit accusing him of repeatedly and falsely saying that Dominion’s voting machines had stolen the election for Biden.

Then there’s his company, MyPillow, that has got to be suffering, considering that numerous stores have stopped carrying his product as a result of his political views, though most claim it was because of poor sales or a “change in marketing strategy”.  Among those are large retailers such as Kohls, Bed Bath and Beyond, Costco, and QVC.

But the icing on the cake for ol’ Mikey came this week when he flew to Nashville, Tennessee, to attend a 3-day event of the Republican Governor’s Association (RGA) to which he claimed he was invited, only to be denied entrance!  Almost immediately upon arriving at his Nashville hotel, Lindell was told by an event coordinator that he would not be allowed to attend any of the events or meetings.  Lindell tried to join transportation for members only for a dinner at the Tennessee Governor’s Mansion and was denied.

It must have been a bit of a slap-in-the-face, since Lindell has attended previous meetings of the RGA, including the winter 2020 meeting, where a few Republican governors encouraged him to run for governor of Minnesota.  Lindell gave up and flew back home to Minnesota on Tuesday.

This time it was in San Jose, California, at a maintenance and dispatch center for the Santa Clara Valley Transportation Authority.  Since it’s only been a few hours, details are sketchy but there are, according to the Santa Clara County Sheriff’s Office, “multiple injuries and multiple fatalities”.  The gunman is reported to be dead.

Interestingly, the shooter’s house was also found to be on fire … not sure what the connection is, but no doubt further details will be forthcoming.  Meanwhile, I’m sure members of Congress are sending their completely useless “thoughts and prayers” while pocketing their latest donations from the NRA.

Yesterday the Senate voted to confirm a Black woman, Kristen Clarke, to lead the Civil Rights Division within the Department of Justice.  About time!  She is the first Black woman to lead the department … a department that specifically deals with issues of racial and gender injustice! 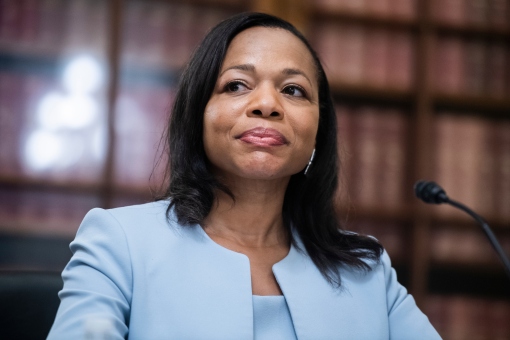 The Republicans in the Senate, naturally, fear her and only one, Susan Collins of Maine, voted to confirm her.  Said the infamous and ignoble Senator Ted Cruz …

“Kristen Clarke is a radical extremist with a laundry list of concerning issues plaguing her nomination that go far beyond her support for defunding the police.”

The reality is that Clarke said during her confirmation hearing that she is opposed to stripping police departments of their budgets. Instead, she lent support to the idea of reallocating money within departments to make sure law enforcement officers can do their jobs more safely.  Really sounds like a ‘radical extremist’, doesn’t she?

“… uphold the civil and constitutional rights of all Americans, particularly some of the most vulnerable members of our society. The Division enforces federal statutes prohibiting discrimination on the basis of race, color, sex (including pregnancy, sexual orientation, and gender identity), disability, religion, familial status, national origin, and citizenship status.”

The Republicans ‘nay’ votes further confirm my contention that the Republican Party has become very much a racist, misogynist party.  Just what we don’t need. 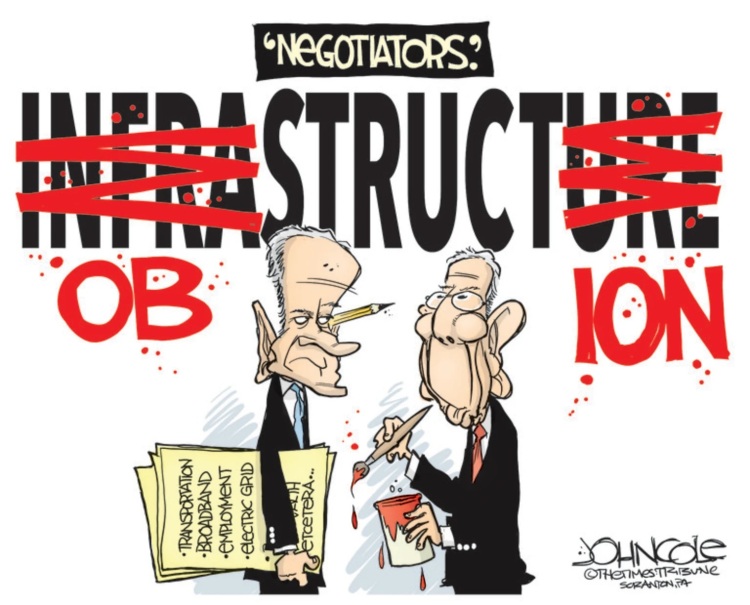 13 thoughts on “A Few Snarky Snippets”