Yesterday, I wrote with some annoyance about the Department of Justice continuing to support the previous administrations claims that … basically, the former guy could do no wrong and was above the law, no matter how many women he raped and then denigrated publicly.  Today, one of my favourite columnists, Eugene Robinson, has given me pause, caused me to perhaps look at it from a slightly different perspective.  One sentence says it all … “The meaning of the law does not change depending on who is in power.”  While I still do not support We the Taxpayers having to pay to defend a rapist madman, I now have a somewhat better understanding of why the Justice Department is doing what they are doing.  Like Mr. Robinson, I hope Trump, and by extension the U.S. Justice Department, lose the suit to Ms. Carroll, for she is deserving of retribution, but I now understand it better.  And I think it only fair that any restitution to Ms. Carroll come out of the former guy’s pocket, not mine and not yours. 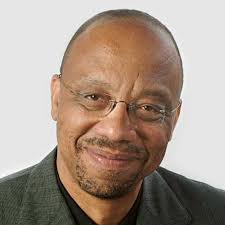 As frustrating and galling as it may be to see President Biden’s administration make anything less than a clean break with its predecessors, Attorney General Merrick Garland is right not to peremptorily reverse positions taken by the Justice Department during the Trump era. And his caution is appropriate even if those positions, such as continuing to represent a certain Mar-a-Lago resident in a defamation case, are clearly wrong.

The Justice Department never should have tried to defend Donald Trump in a civil lawsuit filed by advice columnist E. Jean Carroll, who says that Trump, back in his real estate mogul days, raped her in a department store dressing room. When Carroll made her rape allegation public, then-President Trump called her a liar. Carroll responded by suing Trump for defamation, seeking damages.

Trump was initially represented by private counsel. But his Justice Department intervened to have the case moved to U.S. District Court and argued that it should have been dismissed, saying that Trump was a government “employee” acting within “the scope of his employment” when he verbally attacked Carroll, and thus enjoyed immunity for his defamatory words.

U.S. District Judge Lewis A. Kaplan ruled against those claims in October and ordered that Carroll’s lawsuit be allowed to proceed. But Garland’s Justice Department is continuing to defend Trump, even though Kaplan determined that the case should be seen as a private matter between two individuals.

I hope the Justice Department ultimately loses the case and Carroll gets her day in court. But Garland, by staying the course, is sending a powerful message: The Justice Department doesn’t “belong” to Trump or Joe Biden or any one president. The meaning of the law does not change depending on who is in power. We should all swallow hard and accept Garland’s general commitment to some measure of continuity, because the alternative can be much worse.

I know that from personal observation. I was The Post’s South America correspondent three decades ago, at a time when most nations on the continent were emerging from long, dark years of military rule and trying to rebuild their democratic institutions. They all found that once faith in those institutions is lost, it is not easy to regain.

I was based in Buenos Aires, and Argentina’s civilian leadership was still finding its bearings. After years of being lied to by the murderous ruling junta, citizens had little faith in what their elected leaders said. And they had even less faith in the ability of the court system to honestly ascertain truth and deliver justice.

One instructive case study was a brutal rape and murder in Catamarca, a province in the Andean foothills. On a Friday night in September 1990, a 17-year-old girl named Maria Soledad Morales went with some friends to a local dance and never came home. Her tortured and mutilated body was found the following Monday in a roadside ditch. The Catamarca police chief initially said only that she had died from cardiac arrest, but it was later found that she had been brutalized and possibly forced to ingest a lethal dose of cocaine.

Suspicion fell on a group of young men with ties to the Saadi family, a powerful dynasty that had been in control of the province since the days of strongman Juan Perón. But none of these men was arrested by local police, whose statements about the case no one trusted.

The Carmelite nun who ran the school Morales had attended began organizing marches calling for justice, and the demonstrations grew so large that the national government had to respond by sending in a strike force of supposedly “untouchable” investigators. But no one trusted anything they said about the case, either.

The problem was that the Saadis had been political allies of then-President Carlos Menem. The universal assumption was that with Menem in power, there would be no honest and thorough investigation that might hold the Saadis or other powerful people accountable.

Finally, eight years later, two men — one of them a well-connected scion — were convicted of involvement in the murder; they each served time in prison and were released. Many Argentines are convinced — as am I — that the justice system never got anywhere near the full truth of the murder. Ramón Eduardo Saadi, who at the time was the provincial governor, was removed from office in 1991 — but only because of how loud the outcry about the case became.

My point is not that Argentina is uniquely flawed, but that we do not want the United States to become a nation where the default assumption is that justice is always political. We don’t want to be a place where culpability and liability depend on who happens to be president.

So if Garland believes there are plausible reasons for the government to keep defending Trump in Carroll’s defamation suit, I’m glad he’s doing so. His job is to follow the law as he sees it — even when I think he’s dead wrong.

14 thoughts on “A Conundrum … No Easy Answers”