Jill is the name, snark is the game!

Shoot the monkeys into space!

Hey folks … do you happen to have an extra $28 million lying around somewhere?  If so, guess what … you could be shot into space with none other than the world’s wealthiest man, Amazon’s CEO, Jeff Bezos!  Oops … never mind … scratch that, for someone has already paid da price for this … er … opportunity of a lifetime.

That’s right … apparently there was an auction on Saturday hosted by Bezos’ Blue Origin company, and an anonymous bidder topped the bidding at $28 million for the “opportunity” to join Bezos in space.  The fool’s bidder’s name is to be announced soon, according to Blue Origin.  I will only say that … I see this entire thing as a huge waste of time and money.  Mr. Bezos and this ‘anonymous bidder’ could give every dime spent on this useless venture to starving children around the globe and I would have far more respect for them than I have under present circumstances.  Happy space travels and I don’t really care if you return or not.

Now, I’ll grant you that UK’s Prime Minister Boris Johnson looks as if he could really use two things:  a haircut and some exercise.  But I had to laugh when I read that President Biden gifted Boris with a bicycle during the G7 summit this past weekend.

And he even threw in a helmet …

And in return, Boris gave President Biden a framed picture of a mural showing the US anti-slavery campaigner Frederick Douglass. 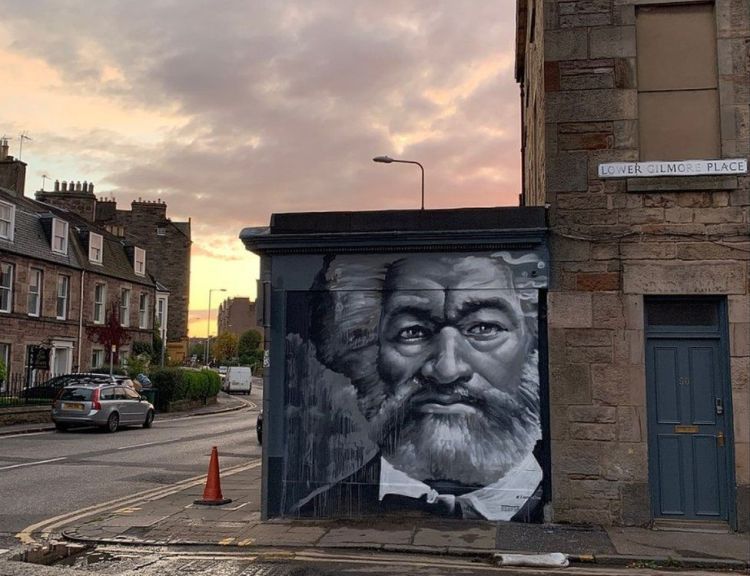 And here we were afraid the two wouldn’t get along!

Israel’s Prime Minister for the past 12 years, Benjamin Netanyahu, is officially out of power.  In his place is Naftali Bennett who was sworn in as Israel’s new prime minister on Sunday, after winning a confidence vote with the narrowest of margins, just 60 votes to 59.

What this will mean remains to be seen.  Over the past 12 years, Netanyahu has dominated Israeli politics. He’s not only successfully implemented a series of right-wing policies, such as entrenching Israel’s presence in the West Bank, but also consolidated a dangerous amount of power in his own hands. He is currently on trial for corruption charges stemming from, among other things, his attempt to buy off media outlets.

The new government is a coalition of eight parties coming from right, left and center, with the only thing bringing them together being to oust Netanyahu.  I see bumpy roads ahead!

Bennett, of the far-right Yamina Party, will serve as prime minister — a job he’ll keep for two years while Yair Lapid, of the centrist Yesh Atid Party, serves as foreign minister. After two years, they will rotate, with Lapid taking the top position and Bennett in the cabinet. During the whole period, both of them will have veto power over policy — so even while Bennett is nominally Lapid’s boss, the latter will be able to block the former’s moves at will.  If you think the U.S. Senate is a stalemate, you ain’t seen nuthin’ yet!

Perhaps the single most important … nay, crucial issue at the moment is the conflict with the Palestinians.  On this issue, Bennett supports annexing much of the West Bank and opposes the creation of a Palestinian state, while Lapid supports a two-state solution negotiated with the Palestinian leadership.  All of which leads me to believe that the Israeli-Palestinian conflict will continue for at least the next two years, likely much longer.  More lives, mostly Palestinian, will be lost, more tension will rise in the Middle East, and very little will have changed.  I could be wrong.  I hope I am.

Gonna be a long, hot summer

The city of Minneapolis, Minnesota, has been on edge since the brutal murder of George Floyd by a police officer, Derek Chauvin.  Chauvin was tried and convicted on numerous charges and now awaits sentencing. Then on June 3rd, Minneapolis police shot and killed yet another Black man, Winston Smith.  Last night just after 11:30 p.m., a group of peaceful protestors were holding a vigil against police brutality in Minneapolis when suddenly a man drove a car into the group, killing one woman and injuring three other people.

Recently, the state of Oklahoma passed a bill into law that effectively allows drivers to hit people with a car under certain very vague circumstances.  Florida recently passed a similar bill.  Fortunately, at this time Minnesota does not have one … the driver of the car has been arrested and will likely be charged with, at the very least, vehicular manslaughter.

It’s going to be a long, hot summer, folks, not only in Minneapolis, but across the nation.  The very last thing we need in this country are states telling people that it’s okay to run over people with a car, that there won’t be any repercussions, no price to pay.  Welcome to the new United States, a country where right is wrong, up is down, and the law is only on your side if you’re white, Christian, straight, and a male.