Here we are back at Wednesday and guess what?  I found some good people to tell you about!  Surprised, aren’t you?

One heck of a gift …

17-year-old Verda Tetteh is a very smart young woman!  She graduated from Fitchburg High School in Massachusetts with a near-perfect 4.9 GPA and has earned a full scholarship to Harvard University!  Even so, her guidance counselor urged her to apply for a $40,000 merit scholarship her school would be awarding to one male and one female graduating student, saying it would help with expenses.  Verda says she had qualms about applying, but figured she wasn’t likely to win anyway, and her counselor seemed set on it. 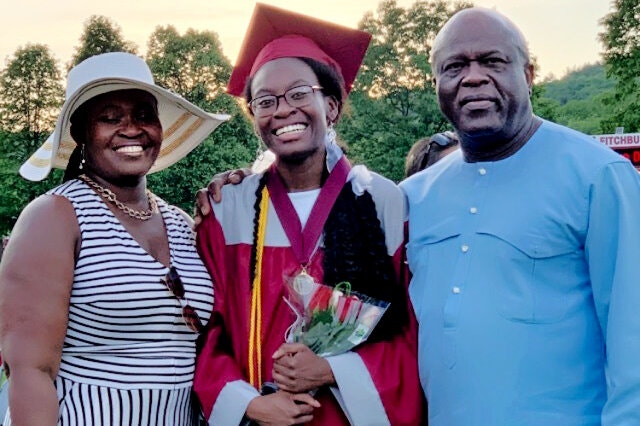 So, imagine her surprise when on June 4th, during the graduation ceremony, the school’s assistant principal announced that she was the winner of the $40,000 award!  Stunned, she accepted the award, but then ten minutes later walked back onto the stage, apologized for disrupting the ceremony, and said …

“I am so very grateful for this, but I also know that I am not the one who needs this the most. I would be so very grateful if administration would consider giving the General Excellence scholarship to someone who is going into community college.”

Immediately after her speech, her fellow classmates and the crowd at the ceremony cheered and rose in a standing ovation.

Ms. Tetteh was 8 years old when she moved from Ghana to Fitchburg, a city of about 40,000 people, 50 miles west of Boston, a city where more than 60% of the students in the high school are identified by the State Department of Education as “economically disadvantaged,” and 67% are described as “high needs.”  Some 75% of the roughly 1,300 students are students of color, said Jeremy Roche, the school principal. At least 40% percent of those students go to community college when they graduate.

Ms. Tetteh was chosen by her fellow classmates to be the speaker at their graduation.

“Some of us were born with the odds stacked against us, that we may not make it to today. I have gotten to know so many of you these past four years and there is so much potential in our class. To every immigrant child, you can make it. To every dreamer, you can make it.”

What a remarkably compassionate, generous young woman, don’t you think?  She serves as an inspiration to us all.  I think Verda Tetteh will go far in this world, no doubt helping many people along the way.

One heck of a good deed for veterans

Marty Weber and Jeff Poissant met in the late 1980s while both were in the U.S. Army stationed in Germany.  They became business and life partners for three decades before Poissant died four years ago of cancer at age 56.

“I didn’t even know I was attracted to men. I met him, and we fell in instant love. We did. He knew, but I didn’t. We were two peas in a pod. He was a helicopter crew chief, and I was a truck driver. So, we had land and air.”

Together, they owned a successful landscaping business, a home and an adjacent 36 acres of land that is currently unused, though they had always envisioned somehow using their Ocean County Ponderosa to help fellow veterans.

After Jeff’s death, Marty was offered $3 million for the property, but he held out, still wanting to put it to good use, to use it to help fellow veterans.  And that’s when a fellow veteran Keith Petterson, suggested that Weber get in touch with the head of a local homeless outreach organization looking to create a home for homeless veterans. That person was Paul Hulse, director of Just Believe, a group he founded in 2019 that operates Toms River’s Code Blue warming shelter at Riverwood Park.

Well, Marty made that phone call and that set the ball in motion for development of an 8,000-square-foot building along Route 72, which would be divided between a treatment facility operated by a Marlton-based healthcare provider, New Life Addiction Services and a thrift store run by Just Believe.  Its name? Jeff’s Camp. 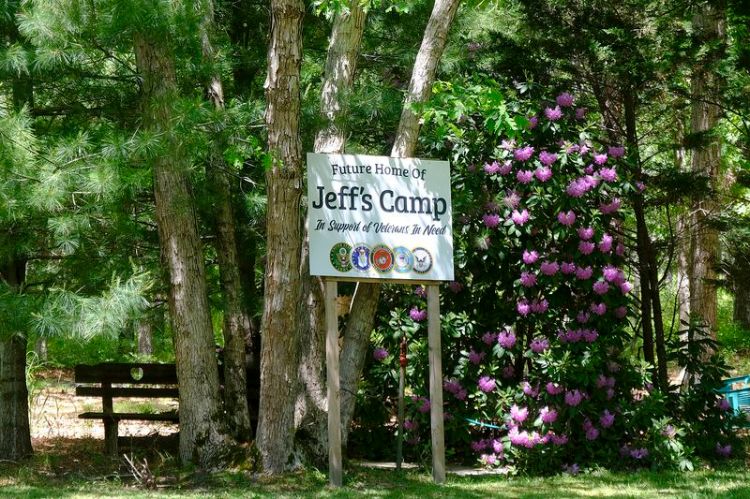 Marty Weber turned down $3 million to instead help fellow veterans.

“We thought about a cemetery for the vets. But this is going to keep them alive.”

What a marvelous tribute to his life’s partner and such a great thing for veterans who served their country and now need a bit of help.  Thank you, Marty Weber!

What a way to spend a vacation!

Stefani Shamrowicz is a 24-year-old woman from Fort Collins, Colorado, who had the great fortune of a month off from her job at a campus recreation center.  So what did she do with her time off … a trip to Disneyland?  Hiking the Rockies?  Getting a tan at a beach?  Nope, Stefani spent the entire month … wait for it … picking up trash! 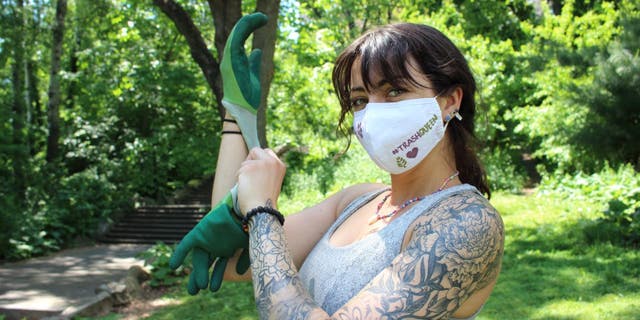 “About 80 per cent is drinking bottles and face masks have been pretty common. I’ve found a few fast-food toys and a tire with a pair of cowboy boots in it.”

Stefani said her aim isn’t to shame, but rather encourage people to do what they can.

“When I post it’s never ‘this is disgusting or we’re awful,’ it’s ‘hey I’m cleaning up this city’ and keeping a positive light on it. I’m not going to be able to pick up everything, but if everyone starts picking up some on walks or runs, that’s where the magic is. My monumental day was bag 100 in Ohio on day 16. I dedicated that to my parents because they raised me to be this independent person and have been very supportive on the trip.”

What an awesome young woman!  I haven’t been walking at our local park this year, but in years past I saw water bottles, soda cans, discarded shoes & clothing, food wrappers, and other assorted junk just thrown down on the ground, despite the fact that there are 4 large trashcans in this very small park!  A few times I came home, got a trash bag, and went back to clean up as much as I could.  I don’t know why people are too lazy to carry their trash to a bin or some other appropriate place … to me, it is ignorant and cruel to the environment.  I doubt any of us are going to spend a month picking up other people’s trash, but when you see something thrown down in a parking lot or on a sidewalk … bend down and pick it up!  And a huge thanks from Planet Earth to Ms. Shamrowicz for doing her part to clean up!!!

Give that dog a bone!

Every now and then, I have a story about a good critter doing good things, and this week look what I found!

You know how it is when there’s a toddler in the house, just learning his way around, needing to explore every nook and cranny … and stairs!  Well, Lisa is a Great Dane puppy living in a house with one of those pesky always-on-the-move toddlers, but Lisa has made it her job to keep that little tyke from climbing the stairs!  Watch …

Good job, Lisa!  Make them give you an extra bone for your hard work!

20 thoughts on “Good People (And A Critter) Doing Good Things”