Okay, folks … it seems that there is much confusion surrounding the concept of Critical Race Theory or CRT.  The confusion is twofold:  genuine confusion by people who truly do not understand the theory, and fake outrage by racists and Republicans (largely one and the same) who are trying to make a point to their mostly white base.

Today’s post, the first in a two-maybe-three-part series, looks at what Critical Race Theory is … and what it isn’t, and the evidence to support it.  Then, I hope to deconstruct the outright lies that are being told by the politicians and the likes of Fox News that are creating a furor in this nation … mainly among racists and bigots, but also among those who simply don’t understand what it is and why the theory is accurate.  This is by no means intended to be an academic work, but merely a layman’s view of what CRT is and how it is affecting this nation today.

Let’s start with a simple explanation of Critical Race Theory.

The simplest explanation is that racism has been a part of this nation since its founding, and today, even in the 21st century is systemic, meaning it is built into our institutions such as law enforcement, schools, the courts, etc. in an attempt to maintain the dominance of white people in society.  Sometimes it is blatant, but since the Civil Rights movement in the 1960s, more often it is subtle or implied, but that doesn’t mean it isn’t there.

CRT does not, as some would have you believe, posit that all white people are racists, but rather that this nation’s history of racism lives on in many today, even though some may not realize it, and that it is imbedded in our laws, our society, our system.  Think about it … from the earliest days of white people coming to these shores, racism has been cruelly executed.  Think about what the white European settlers did to the indigenous people who had been here for thousands of years before the white people showed up and literally imprisoned them and kicked them off their land … killed them.  Read Trail of Tears: The Rise and Fall of the Cherokee Nation by John Ehle.

And then, in 1619, the first slaves were imported from the African continent to do the hard work.  White men owned those dark-skinned men and women … owned them like they might own a painting or a cow.

More than 200 years later, at the stroke of midnight on January 1, 1863, the Emancipation Proclamation came into effect and declared enslaved people in the Confederacy free—on the condition that the Union won the war.  Still, slavery remained constant until the war was won by the Union troops and the 13th Amendment to the U.S. Constitution was ratified in 1865 …

“Neither slavery nor involuntary servitude, except as a punishment for crime whereof the party shall have been duly convicted, shall exist within the United States, or any place subject to their jurisdiction.”

President Lincoln did not live to see final ratification: Lincoln was assassinated on April 14, 1865, and the necessary number of states did not ratify the 13th Amendment until December 6th of that year.

Under Jim Crow, segregated waiting rooms in bus and train stations were required, as well as water fountains, restrooms, building entrances, elevators, cemeteries, even amusement-park cashier windows. Laws forbade African Americans from living in white neighborhoods. Segregation was enforced for public pools, phone booths, hospitals, asylums, jails, and residential homes for the elderly and handicapped. Some states even required separate textbooks for Black and white students. New Orleans mandated the segregation of prostitutes according to race. In Atlanta, African Americans in court were given a different Bible from white people to swear on. Marriage and cohabitation between white and Black people was strictly forbidden in most Southern states. It was not uncommon to see signs posted at town and city limits warning African Americans that they were not welcome there. 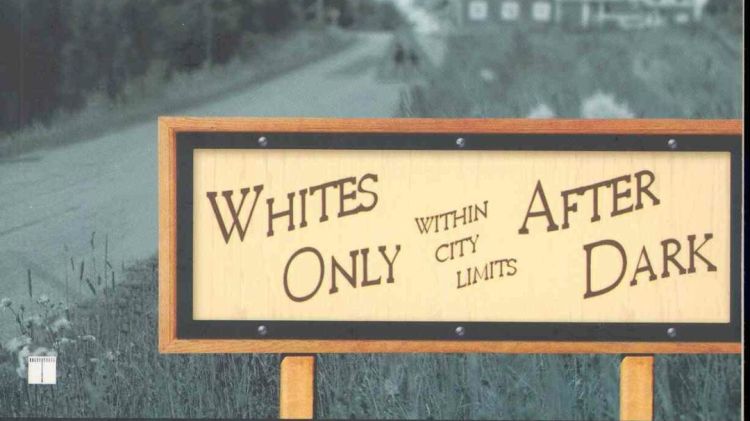 And no, my friends, this wasn’t hundreds of years ago … Jim Crow laws were still in effect when I was young, and only legally ended in 1968.  Less than fifty years ago.  But … in many ways they are still being practiced, just not quite as openly or blatantly. 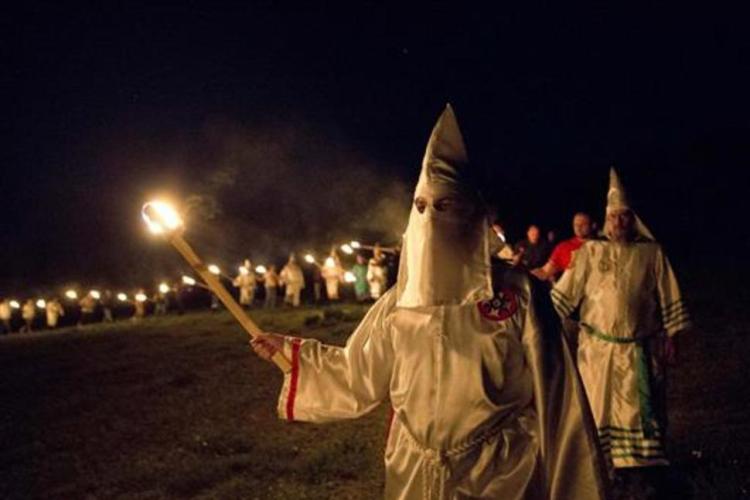 And what of the KKK?  A relic of past history?  Guess again.  Some 42 different Klan groups were active in 22 states as of June 2017, a slight increase from early 2016, according to a report from the Anti-Defamation League.

Now, sit down for a minute and take a few deep, calming breaths, for this is some disturbing information I’ve just laid on you.  None of it was likely news to you, but … seeing it all in print, realizing that yes, Virginia, racism is alive and well in the United States today, can take the wind out of your sails.  Racism in the U.S. is not a thing of the past, not something we’ve overcome.  Sure, we’ve made some progress, there are anti-discrimination laws on the books to protect minorities from being denied jobs, education, and housing … but that doesn’t mean that people don’t find a way around it.  Racism is, like it or not, part of our past and our present … the goal here is to ensure it is NOT part of our future.

My goal is two-fold:  to clear up some of the misconceptions floating around today, perpetuated by the uneducated or those who have ulterior motives, and to show why and how we, as a nation, can be so much better than we are today.  I will have Part II to this series in the next day or two and will try to tie it all up in Part III by the end of the week.  But folks, don’t let anybody tell you that this is not a racist nation … hell yes, it is.  Many of us are not racist, don’t understand those who are, but sadly the racists are often the ones calling the shots, making the laws, setting the rules, teaching our children – hence, systemic rasicm.

31 thoughts on “Understanding Our Past — CRT: Part I”