If it’s Wednesday … wait … it is Wednesday, right?  Then it must be time for us to switch gears and focus on good people instead of the other kind I usually report on!  And, as luck would have it, I found some without having to turn over too many rocks!  Some times it isn’t about giving money or ‘things’, but about giving the most precious thing you have … yourself, your time. 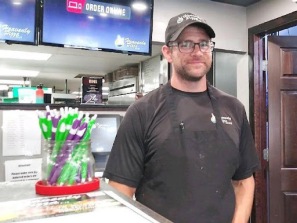 Josh Elchert is the owner/operator of Heavenly Pizza in Findlay, Ohio.  On July 5th, the crew at Heavenly Pizza filled 220 orders, nearly double its usual for a Monday, but at the end of the day, the restaurant had zero take.  Why?  Because Josh Elchert declared it to be Employee Appreciation Day and he divvied the entire take, every last penny, to his staff!  All $6,300, plus $1,200 in tips, went directly to employees.  Damn … I just want to hug this man!

He says people tend to think of pizza for the sauce, crust or cheese. But the most important ingredient is sometimes lost on people.

“You can have the best pizza in the world, if you have no one here to make it, it doesn’t matter.”

Elchert posted his plan on Facebook in hopes that his customers would get the message and come out to “show the love” … and they did!  Says one assistant manager …

“No, nope, nah, I’ve never experienced anything like this before. It’s a big gift. That kind of giving nature is why this place runs so well, works so well.”

My hat is off to Josh Elchert and since Findlay is only about a 2 hour drive from where I live, I might just venture up that way and visit Heavenly Pizza some Saturday and see if I can give Mr. Elchert that big hug!

And yet another restauranteur …

Eliot Middleton owns a restaurant in McClellanville, South Carolina – Village BBQ – an outdoor dining restaurant he started in response to the pandemic.  Now, Eliot is always looking around his community for ways to help others. He donated meals to essential workers and those affected by natural disasters, fed students and teachers for free, and handed out Thanksgiving groceries to the hungry.

“It’s all about sharing what you have. That’s what the world should be about. Helping people, that’s just what I like doing.”

But even that isn’t what earned him a spot here on this week’s good people post.  Eliot goes even further in his altruism.  After work and on his days off, Eliot repairs old cars … but not to drive or to sell … he repairs them to give away to struggling families in his community!

He learned how to fix cars as a teenager when his dad gave him two that needed major repairs as soon as he got his driver’s license. He was tasked with taking the good parts from both vehicles and creating one safe, reliable ride. He did it, and the project left him with a lifelong appreciation for auto repair. Eliot studied and worked as an auto mechanic for years after high school and knows his way around under the hood (bonnet).

He has collected about 90 donated cars, which he keeps at his home and at friends’ properties nearby. He has already refurbished 28 of them.  Eliot saw results from his labor of love right away. He donated the first car he fixed up to the mother of a child with a disability, as she needed a vehicle to go to the hospital regularly. The freedom that comes with transportation enabled her to finally get a job and make positive changes in her family’s life!

Since then, Eliot has started a nonprofit called Middleton’s Village To Village. Its mission is simple: “We repair donated cars to donate to families in need!” 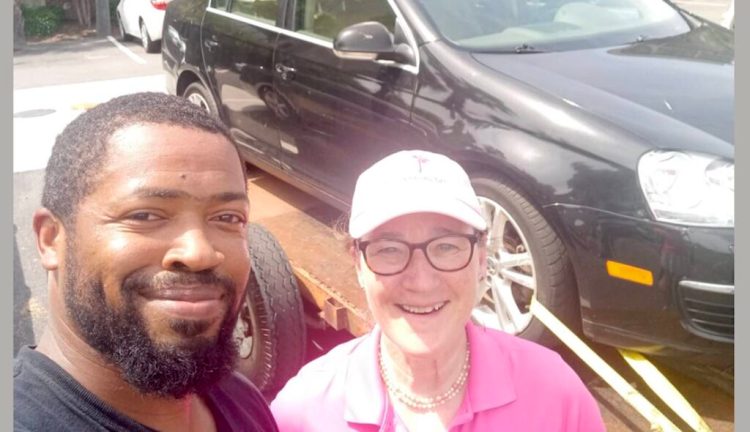 A GoFundMe established to help him with the costs of the program has collected over $112,000 so far, and the initiative continues to gain momentum.

And then there’s Olga Murray …

More than thirty years ago, after retiring from her 37-year career as a lawyer with the California State Supreme Court, Olga Murray treated herself to a trip to Nepal in South Asia.  Little did she know that this would be a lifelong journey.

“The minute I landed I fell in love with the country. The children, they held my hand, they laughed. They were just so delightful, and they wanted to go to school. Most kids didn’t go to school then.”

While in Nepal, Murray realized that she needed to be there, with the children who touched her heart. She made a plan to help educate the children of Nepal, losing sight of her retirement.

She started the Nepal Youth Foundation, a nonprofit that combats poverty, builds schools, and rescues young girls who were forced into servitude.

“We were going to not be the great white saviors coming in and saving them from this destructive practice. But we would train them to save their sisters, to liberate their sisters.” 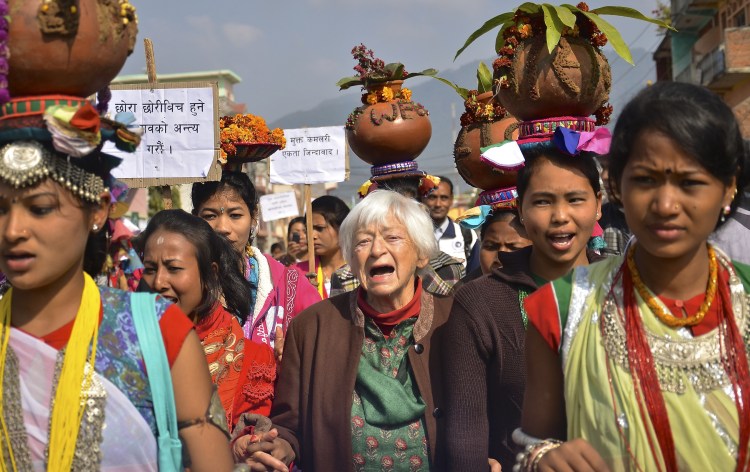 The Nepal Youth Foundation has built 72 hospitals. Over the past 30 years, 50,000 children have been a part of the service.  Today, Olga Murray is 96 years old and hasn’t slowed down one bit … nor does she intend to!

“I don’t think about stopping and, you know, as long as I have my marbles and I’m healthy, I’ll just continue to do that.” 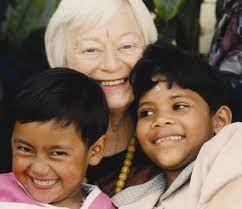 And finally, I came across a couple of things last week over at Phil’s Phun that I thought would make a nice addition to our ‘good people’ … 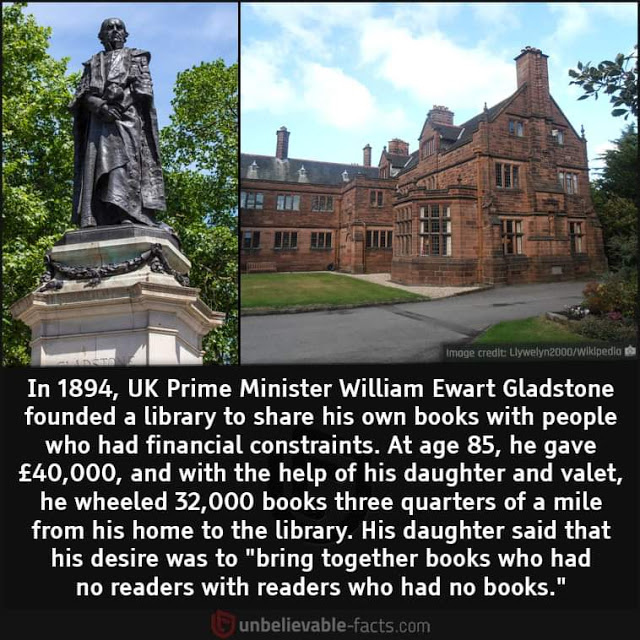