At 1:00 a.m. this morning, the time I would normally be responding to comments, catching up on the day’s news, and trying to find a focal point for my afternoon post, I began watching a documentary.  Our friend Keith recommended this one a while back, and I had watched only the first few minutes at that time, but kept it pinned to my taskbar so that I wouldn’t forget about it.  I thought, at 1:00 this morning, that I would watch 15-20 minutes of this nearly two-hour program, then get busy on comments and such.  But before long, I had watched 50 minutes, mesmerized, sometimes with tears in my eyes.  I paused for a bathroom break and to make myself a piece of toast to settle the acid in my stomach, then returned to the video.  At 3:00 a.m., the documentary was done, the toast eaten, and a lump in my throat the size of … Mississippi. 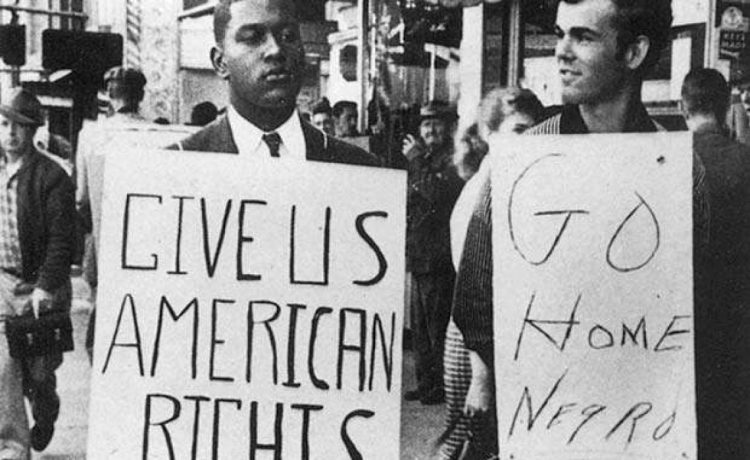 The documentary?  Freedom Summer.  Mississippi 1964.  The year that 1,000 college students from all over the United States traveled to Mississippi in an attempt to help Black people register to vote, to gain a measure of control over their own lives.

In 1964, less than 7% of Mississippi’s African Americans were registered to vote, compared to between 50 and 70% in other southern states. In many rural counties, African Americans made up the majority of the population and the segregationist white establishment was prepared to use any means necessary to keep them away from the polls and out of elected office.

For years, local civil rights workers had tried unsuccessfully to increase voter registration amongst African Americans. Those who wished to vote had to face the local registrar, an all-powerful white functionary who would often publish their names in the paper and pass the word on to their employers and bankers. And if loss of jobs and the threat of violence wasn’t enough to dissuade them, the complex and arcane testing policies were certain to keep them off the rolls.

In 1964, a new plan was hatched by Bob Moses, a local secretary for the Student Nonviolent Coordinating Committee. For ten weeks, white students from the North would join activists on the ground for a massive effort that would do what had been impossible so far: force the media and the country to take notice of the shocking violence and massive injustice taking place in Mississippi.

This was the summer that three of those students, James Chaney, Andrew Goodman, and Michael Schwerner were brutally killed in a plot hatched by County Sheriff Lawrence A. Rainey and eight other white male community ‘leaders’, their bodies buried deep in an old farm pond. 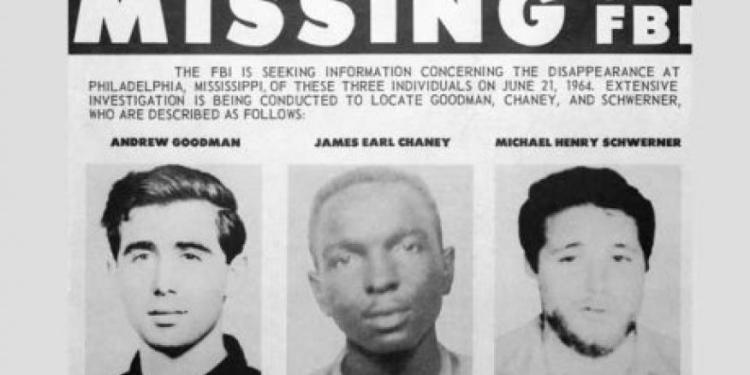 This was the summer that almost no Blacks were allowed to register to vote, for few could pass the “literacy tests” required of Black people in order to vote.  Even attempting to register could get them fired from their jobs and evicted from their homes.

I strongly urge you to take the two hours to watch this video.  The widow of Michael Schwerner has a role, as does Bob Moses, a civil rights activist who took part in Freedom Summer, was a leader of the Student Nonviolent Coordinating Committee (SNCC), and who died just over a week ago at the age of 86.  Here is a link, for any who are interested in this very important piece of U.S. history.

This documentary … people risking their lives to ensure that ALL people have a right to vote, to have a voice in the governing of this country … is even more meaningful today when 42 of the states in this nation are doing their level best to once again take the right to vote away from Black people, Hispanics, the elderly, college students and poor people.  Are we headed back to the days of Jim Crow?  Will we find ourselves in just a few short years sending busloads of young people to Florida, Alabama, and again, Mississippi, to help in the fight to ensure people from all walks of life and of all ethnicities can do something so simple, so basic, as to vote?  Think about that one for a minute … and please do watch the documentary … you won’t regret the time spent.

41 thoughts on “The Summer That Will Always Be Remembered …”