I haven’t opined on President Biden’s decision to pull U.S. troops out of Afghanistan because I have very mixed thoughts on the subject.  Our presence in Afghanistan for these past two decades has been very costly, both in terms of money and lives.  However … there has never been any doubt that once U.S. troops left, the Taliban would move in swiftly.  We just didn’t realize, I think, how swiftly.

Now, I know this isn’t a topic that is near and dear to most of you at the moment, as we are dealing with our own crises on multiple fronts at the moment:  the pandemic, political chaos, devastating wildfires, racism, and much more.  However, what happens once we leave Afghanistan IS important to us for, I believe, a number of reasons, not the least of which is humanitarianism.

Displaced people in Afghanistan in a makeshift camp

The Taliban has moved in much more quickly than most foreign policy experts expected, and it is now estimated that they control 65% of the country.  A new U.S. military assessment says the national capital, Kabul, could fall to the Taliban in as quickly as a month.  Why should you care?  Two major reasons:

We claim to be a humanitarian society, to care about people.  Can we care less, or not care at all, simply because the people being brutalized are half a globe away, have different beliefs, and a different skin tone?

Think it can’t happen again?  Oh yes, it can, and my bet is that it will.  The Taliban has even more reason now to hate the U.S. than they had 20 years ago.  My best guess is they are already discussing and planning their revenge for the 20 years we have kept them out of power in Afghanistan.

Make no mistake, I support President Biden’s decision to pull our troops out of Afghanistan, for we could not stay there forever.  But rather my objection is with the timing and implementation.  I think it was done too quickly, rather like ripping the bandage off of a raw wound, and without thought for the future of the people of Afghanistan.  I think we are leaving a country of 39 million people vulnerable and in grave danger.  I do not pretend to be an expert or to know the best way to withdraw from Afghanistan, but I very much fear that the way we have gone about it will have unintended consequences for the people of Afghanistan and ultimately for the people in the U.S. 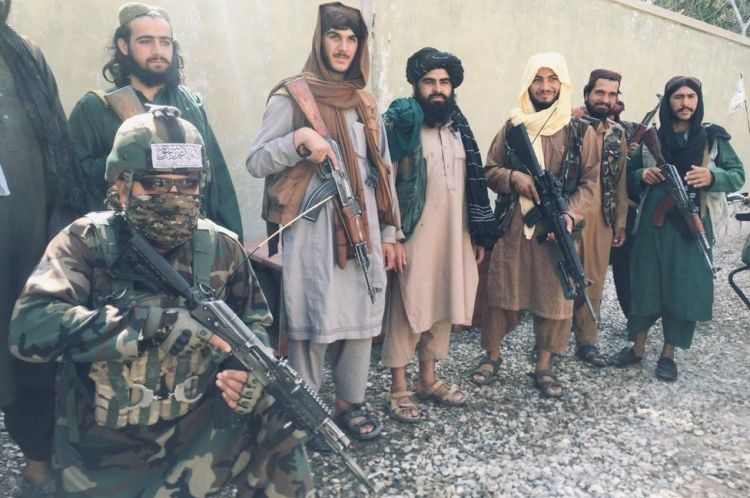 I was disappointed yesterday to hear President Biden say …

“I do not regret my decision. Afghan leaders have to come together. They’ve got to fight for themselves, fight for their nation.”

It seemed cold, calloused, unfeeling, uncaring for the fate of humans half a globe away.  Ultimately, he isn’t wrong … the bandage must come off, but there may be a safer way of removing it.