As she always does, TokyoSand has searched high and low to find the week’s best ‘toons for our viewing pleasure.  And as always of late, there is much to inspire the political cartoonists in much the same way that there is much to inspire us bloggers.  This week’s big news, of course, was the announcement that Justice Stephen Breyer is retiring at the end of this term, but there was other news too … Russia’s ominous presence at the Ukrainian border, the Philadelphia bridge collapse, book banning, and of course the continuous partisan bickering in Congress.  So, read on and be sure to go to TokyoSand’s Political Charge blog (link at end of post) to see the rest of the ‘toons!

This felt like a big news week, didn’t it? But it wasn’t all bad. For the first time in way too long, the Democrats have a Supreme Court Justice from the “liberal” wing announcing his retirement while we have a Democratic president and Senate. A fantastic opportunity. And that was reflected in this week’s cartoons. Enjoy! 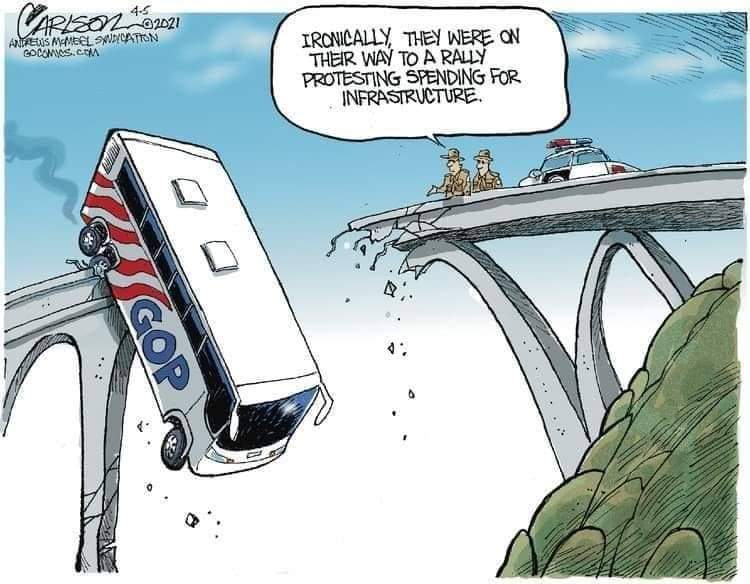 See all the ‘toons at TokyoSand’s Political Charge!