Mike Pence held a seat in the U.S. House of Representatives from 2001-2013.  He was Governor of Indiana from 2013-2017 when he became the Vice President of the U.S.  Pence holds a Bachelor of Arts in history from Hanover College and a Juris Doctor from the Robert H. McKinney School of Law at Indiana University–Purdue University Indianapolis.  Mike Pence knows the law.  Donald Trump holds only a business degree and it is highly suspected that his father bought it since Donnie’s grades were far below par.  He does NOT know the law and furthermore doesn’t care … he makes it up as he goes and he seems to believe that his word, especially when he occupied the Oval Office, was the law.

On January 6th 2021, Mike Pence upheld the law, he certified the votes of We the People and refused to cave to the pressure being put upon him by Donald Trump, who had demanded that he refuse to hear our voices, our choices, and overturn what was a fair and honest election.  He followed the law and did his job, despite the violent people who tried to stop him, despite the fact there was a noose outside the Capitol with his name on it.  Now, I am no fan of Mike Pence because of his stance on such things as women’s rights and the LGBTQ community, however in all fairness, Mike Pence was a hero on that day.  And yesterday, Mike Pence also earned my respect and admiration. 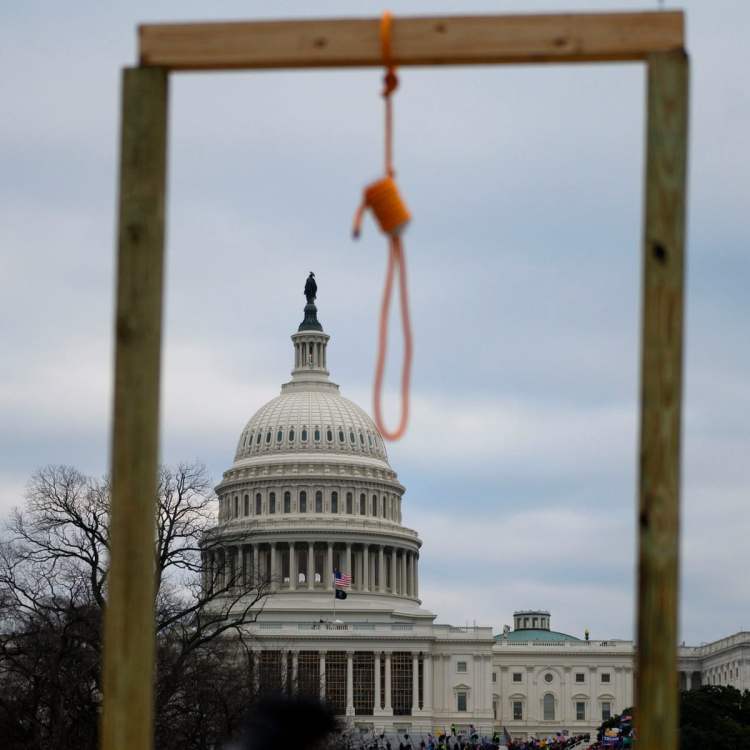 Yesterday, speaking at the Federalist Society conference near Orlando, Florida, Pence sharply rebuked Trump for suggesting he had the ability to overturn the results of the 2020 election, calling the idea “un-American.”

“There are those in our party who believe that as the presiding officer over the joint session of Congress, I possessed unilateral authority to reject Electoral College votes. And I heard this week that President Trump said I had the right to ‘overturn the election.’ President Trump is wrong. I had no right to overturn the election. The presidency belongs to the American people, and the American people alone. Frankly, there is almost no idea more un-American than the notion that any one person could choose the American president. Under the Constitution, I had no right to change the outcome of our election.

The truth is, there’s more at stake than our party or our political fortunes. If we lose faith in the Constitution, we won’t just lose elections — we’ll lose our country.”

Bravo, Mike Pence!  Naturally, the former guy couldn’t keep his mouth shut and issued a rambling, incoherent statement claiming that his position was correct, and Pence did have the power to reject the election outcome because of “irregularities” in the results.  Make no mistake, there were no “irregularities” and certainly none that would have affected the outcome of the election in any state … not a single state!  As I said, Mike Pence knows the law, Donald Trump does not.  Period.

The Republican Party leadership needs to put this one to bed, and while they’re at it, they need to end their support for the former guy who is a threat to the very core principles of this nation and a threat to We the People.  He must not be enabled, must not find support in the party leadership, and must not under any circumstances be allowed to run for public office ever again.  Meanwhile, give credit where credit is due, and Mike Pence deserves kudos for his courage in standing up for the rights of the people against his former boss.  Thank you, Mr. Pence.

The Republican Party voted to censure Representatives Liz Cheney of Wyoming and Adam Kinzinger of Illinois for taking part in the House investigation of the events of and leading up to the attempt to overthrow the 2020 election on January 6th 2021.  But the GOP went even further, saying that Kinzinger and Cheney were participating in “persecution of ordinary citizens engaged in legitimate political discourse.”  SAY WHAT????  The attempted coup, the attempt to overturn a valid and just election, to silence the voices of We the People, We the Taxpayers, was a “legitimate political discourse?”  BULLSHIT!!!  It was a bloody and violent staged action plotted by Trump and his minions, intended to destroy the government of the United States as we know it!!!

Liz Cheney (l.) and Adam Kinzinger on the January 6th House Special Committee to investigate the events of 01/06/2021

My hat is off to both Mr. Kinzinger and Ms. Cheney for their courage in the face harsh blowback from a madman and the party that has fallen prey to him.  Let us hope that in November the voters have enough intelligence to support these two who truly want to get to the bottom of what happened and why, in order to ensure it never happens again!  Like Mike Pence, Representatives Kinzinger and Cheney take seriously their Oath of Office, their obligation to the Constitution and the people of this nation.

And in other news …

Not long ago I wrote about newly-elected Virginia Governor Glenn Youngkin and some of the ‘executive orders’ he signed on his first day in office.  One of those orders was basically striking down mask mandates in schools, allowing parents to ‘opt out.’  Well, turns out there is some good common sense left somewhere, for yesterday Arlington Circuit Court Judge Louise DiMatteo ruled in favor of seven school boards that filed a lawsuit challenging the governor’s order.  Her temporary restraining order means mask mandates put in place by school boards may remain, at least for now.  Thumbs up to Judge DiMatteo and the school boards who actually care about the lives of their students.

58 thoughts on “Thumbs Up To Mike Pence (And Other Stuff)”