The first federal anti-lynching bill was introduced by Representative George Henry White of North Carolina in 1900.  It never made it to the House floor for a vote. In the years since, more than 200 similar bills have been filed, none of which have passed through both chambers of Congress. Until yesterday.

Lynching was a favorite tool of the Ku Klux Klan and other hate groups in the years after the Civil War, terrorizing black communities out of political activism and into silence for fear of their lives.  For decades, white southerners used lynching, Jim Crow laws, and voter suppression to maintain white supremacy. After World War I, increased European immigration, fears of communism, and the Great Migration of African Americans from the South to major industrial cities in the North and Midwest led to increased instances of lynching.

Between 1882 and 1968, nearly 200 anti-lynching bills were introduced in Congress, and seven U.S. presidents between 1890 and 1952 asked Congress to pass a federal anti-lynching law.  Probably the most famous anti-lynching proposal was the Dyer Anti-Lynching Bill, first introduced in the U.S. House of Representatives by Missouri Republican Leonidas C. Dyer on April 8, 1918. Several bills were introduced in the 1920s, then again in the 1930s and 1940s, passed several times by the House of Representatives, but never actually coming to a vote in the United States Senate.

For decades, white people treated lynchings as an entertainment venue, bringing picnic lunches and their children with them to watch a Black man (or woman) dangle at the end of a rope.  Professional photographers were hired to take pictures from which postcards were created, sent to family and friends. 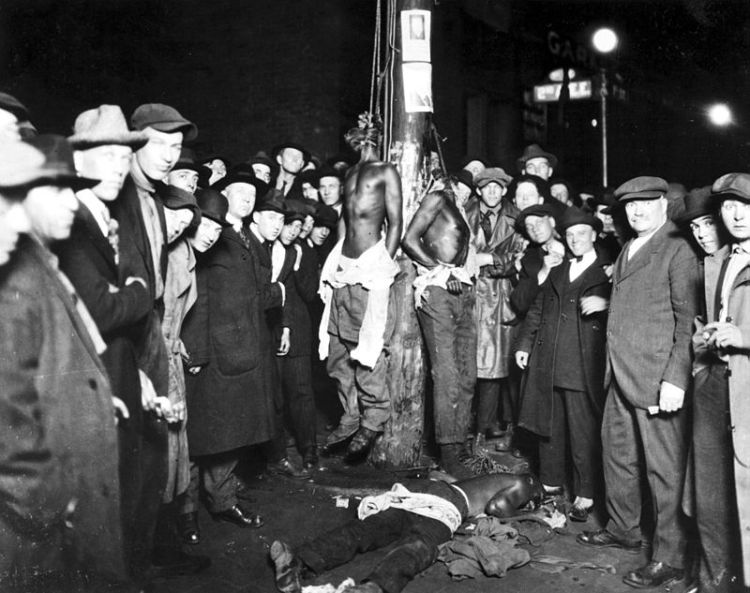 Postcard of the 1920 Duluth, Minnesota lynchings. Two of the Black victims are still hanging while the third is on the ground. Postcards of lynchings were popular souvenirs in the U.S.

The last known lynching in the U.S. was on March 21, 1981 when several Ku Klux Klan (KKK) members beat and killed Michael Donald, a 19-year-old African-American, and hung his body from a tree. Some will say that since there have been no lynchings (that we know of) for the past four decades, the bill was unnecessary.  Even so, the bill that passed yesterday and that is due to be signed by President Biden will create a law that is way past due.  Senate Majority Leader Chuck Schumer said …

“Hallelujah — it is long overdue. That it took so long is a stain, a bitter stain on America.”

The bill, aptly named after Emmett Till, the 14-year-old Black boy who was brutally tortured and murdered in Mississippi in 1955, passed in the House of Representatives last month and in the Senate yesterday.  In the House, only three representatives, all predictably Republicans from southern states, voted against the bill – Representatives Andrew Clyde of Georgia, Thomas Massie of Kentucky and Chip Roy of Texas.

A mural in Chicago of Emmett Till, a 14-year-old who was lynched in 1955. Representative Bobby L. Rush, Democrat of Illinois, said that as a boy, seeing a photo of Emmett’s battered body “shaped my consciousness as a Black man in America.”Credit…Scott Olson/Getty Images

This bill has been bouncing around in Congress since it was first introduced in 2018 by Senators Cory Booker, Tim Scott, and then-Senator Kamala Harris.  In 2020, Kentucky Senator Rand Paul objected, starting a fight in the Senate and effectively killing the bill for the time being.  This time, however, he supported the bill, saying …

“I’m pleased to have worked with Senators Booker and Scott to strengthen the final product and ensure the language of this bill defines lynching as the absolutely heinous crime that it is.”

I shall bite my tongue regarding Mr. Paul’s hypocrisy.  The long-overdue bill makes lynching a federal hate crime punishable by up to 30 years in prison.  A day late and a dollar short, as they say, but still … better late than never.  It won’t bring back the lives of Emmett Till and the other 4,742 people who have been lynched by white supremacists for no reason other than the colour of their skin, but it may prevent a resurgence of lynching in this day when racism is on the rise.