Two things caught my attention first thing today and thus, it must be time for me to step into my snarky shoes.

Wendy Rogers … remember the name, for she is by far the worst political wannabe I’ve seen, and I’ve seen some pretty awful ones lately!  Ms. Rogers spoke at the same white nationalist (KKK) rally last month that Representatives Margie Greene and Paul Gosar spoke at, and Ms. Rogers topped even those two for utter inhumane remarks like this one …

“We need to build more gallows, make an example of these traitors who’ve betrayed our country.”

Who is this Rogers clown?  She is a state senator in Arizona who was once considered to be a traditional conservative, but apparently drank so much of the former guy’s Kool Aid that her mind has become a toxic fertile ground for the radical right-wing hatred we are seeing so much of in this country today.

When she won her current Arizona State Senate seat in 2020, she had lost five previous elections, so she changed her message to one of hate, of bigotry, of destruction and conspiracy theories.  For example, she refers to the COVID vaccine as a “bioweapon” and is full-on supportive of “The Big Lie” that is still a talking point in some Republican circles, though it has been debunked so many times that it’s a joke.  But all of her messages of hate seem to be working, for she is the biggest fundraiser in the Arizona state legislature, having raised some $2.5 million in 2021.

She has been censured by the Arizona Senate for her remarks, but it matters not to her …

“This censure is nothing more than an attempt to limit my speech. In the end, I rejoice in knowing I do and say what is right, and I speak as a free American regardless of the actions of this corrupted process today.”

Ms. Rogers is only a state senator and you might say she’s irrelevant outside the state of Arizona, but state politicians often aspire to higher office and this is a woman that we do not need in the United States Congress!  As much as I despise the likes of Greene, Boebert, Cawthorn and their ilk, this woman could prove to be twice as dangerous.  Arizona – if you guys want her, then fine, you can have her, but do not let her out of the state!!!

I have a number of friends who live in Florida, and they are all good people, sensible people, kind, caring and compassionate people.  But obviously they are the anomaly in the state, for it seems the majority in Florida are egocentric, bigoted, homophobic, and cruel, starting with none other than Florida Governor Ron DeSantis, who said …

“We are going to make sure parents are able to send their kid to kindergarten without having some of this stuff injected into some of their school curriculum.”

Oh for Pete’s sake, Ronnie … wake up and walk into the 21st century!!!

“This is a dangerous bill, which basically tells our LGBTQ students that something is wrong with them. This bill says I won’t be able to have conversations or be able to create an affirmative space for my students.”

The bill passed the Florida Senate by 22-17 along party lines.  So … let me get this straight … the lives and well-being of Florida’s children has now become an issue for partisan politics???  I sure as hell am glad that I don’t live in Florida!  What a lot of bigots!!!  Everyone, it seems, must fit into a very narrow box in order to be treated with respect … the box will only hold white, straight, ‘Christian’ people, preferably males.  Grrrrrrrrrrrrrrrrrrrrrrrrrrrrrrrrrrrrr. 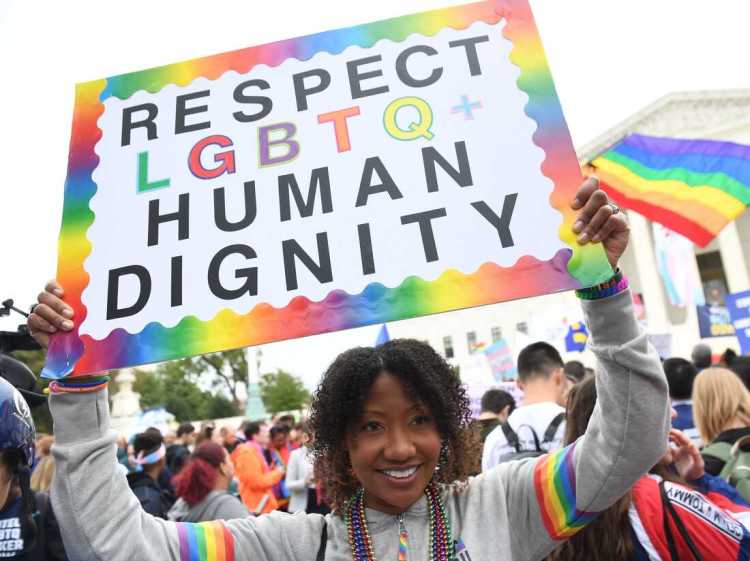