I don’t know how it is that Aaron Jackson has not flown onto my ‘good people’ radar screen before, but he’s there now and deserves recognition.  Jackson was a CNN Hero back in 2007, a few years before I started my ‘good people’ posts, and he has been noted for numerous humanitarian causes since then.  A bit about Mr. Jackson’s background from Wikipedia provides a foundation before I get into the reason he is on my radar today …

“Aaron Jackson is an American human rights and environmental activist. Jackson was raised in Destin, Florida and attended Valencia College until 2002. After backpacking around the world, he interned at The Homeless Voice, an advocacy group in Davie, Florida, and became director of the COSAC Homeless Shelter. The first orphanages he opened in Haiti were established using money he made as a golf caddy while living in a homeless shelter in order to fund the orphanages. Jackson was named a CNN Hero in 2007 after leading a campaign to deworm children in Haiti.

In 2004, Jackson founded Planting Peace, a nonprofit organization that advocates for LGBT issues and runs six orphanages in Haiti and India. In 2012, he purchased a home across from Westboro Baptist Church after looking at the neighborhood around Westboro on Google Earth. He painted the exterior of the house with the colors of the pride flag in 2013 and it became the “Equality House.” Through Planting Peace, Jackson placed a billboard in Kim Davis’ hometown after she denied marriage licenses to same sex couples in 2015. In 2016, Jackson traveled to Antarctica to place a pride flag deeming it ‘the world’s first LGBT-friendly continent.’” 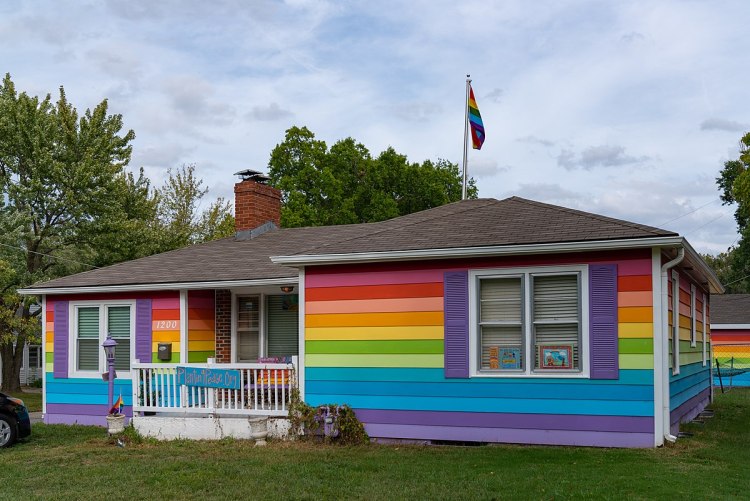 The Equality House, a rainbow-colored house with an LGBTQ flag, across the street from the Westboro Baptist Church in Topeka, Kansas.

I still cannot believe he hasn’t crossed my radar before this!  At any rate, what he has done most recently is yet another example of Aaron Jackson’s big heart and desire to help humanity wherever he finds the need.

When Jackson read a news story about Ukrainian refugees sleeping in a train station he packed his bags and got to work, heading for an area near the border between Poland and Ukraine.  Says Mr. Jackson …

While walking through a packed refugee center near the Krakovets border crossing, Jackson spotted a little girl playing with a toy. Speaking through a translator, he learned her parents were originally from Congo and had lived in Ukraine for the last 12 years.

The father, Donatien Tshikele Mubabinge, said that when Russian bombs fell too close to their home, he, his wife, Ngalula, and their 2-year-old daughter, Tushike, left everything behind, including their savings. They tried taking a taxi to the border, but when traffic got too backed up, he says they had to walk nearly 40 miles (about 60 km), much of it with Tushike on his back.

After learning of their ordeal, Jackson booked a hotel room for the family and began searching for more permanent housing.

“It’s horrible why they’re leaving, but it’s inspiring at the same time — to see the human will and the human spirit and what they’re willing to do to save their own lives and the life of their child.”

After several days of searching, Jackson found an apartment in Krakow, Poland. Using donations to his organization, he secured the flat for a year and provided the Mubabinges with funds for food and necessities.

“I just know that this will let them relax a little bit. To give them the ability to start looking for work. You know, just to get their bearings.”

Jackson is continuing his efforts to help refugees in Poland. He was happy he could help this family through such a difficult time.

“It’s good to have wins, you know? In a situation like this, this was definitely a win.” 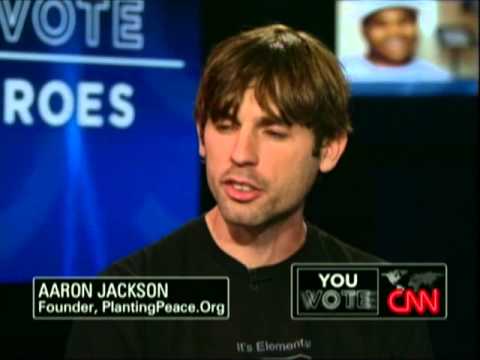 Even The Dodo got on the Aaron Jackson bandwagon when they learned that he had stopped by a local animal shelter to offer aid and was speaking to the director outside when a family approached. Walking in front of them on a leash was a beautiful cocker spaniel named Bella.  After speaking with the family, the shelter director turned to Jackson and said, “They’re actually refugees and want to forfeit over their dog to us because they’re homeless and don’t have anywhere to go, and they don’t want their dog to be out in the cold.” 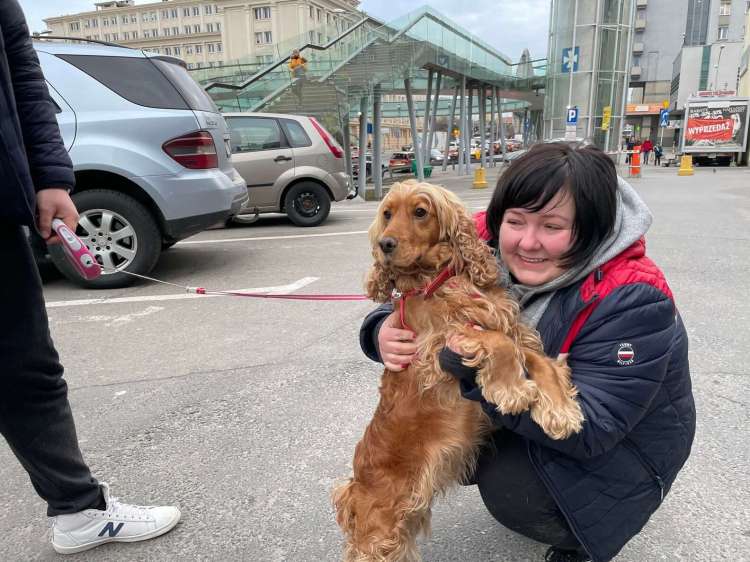 Within 20 minutes, Jackson was able to set up the family with pet-friendly housing. The joy on everyone’s faces was evident — including Bella, who couldn’t stop wagging her tail.

Jackson has been working tirelessly to find housing for refugees, funding month-long stays, meals and basic necessities through Planting Peace.

Two thumbs up to Mr. Aaron Jackson who has been a humanitarian for all of his life and today is helping save lives in an untenable situation!